Refugees in Germany: The Jafaars, Angela Merkel and fleeing Syria

Five years ago, as more and more refugees were coming to Germany, Chancellor Merkel promised "We can do it!" For the Jaafar family, this claim has become a mission.

His daughters, who are 11 and 12 years old, dance to Tik Tok and English-language hits.

When Mohammad arrived in Germany five years ago, he could not understand any of the lyrics sung by German 1980s pop icon Nena.

Together with his wife Roka and their daughters, he fled the fighting in Aleppo, Syria, and came to Berlin via the Mediterranean and the Balkan route.

"We wanted our children to live in safety," he said.

Almost one million people sought asylum in Germany in 2015.

Chancellor Angela Merkel said at the time to German residents, the refugees and probably also to herself: "We can do this."

This sentence drives the Jaafar family to this day. But it also pushes them to their limits. 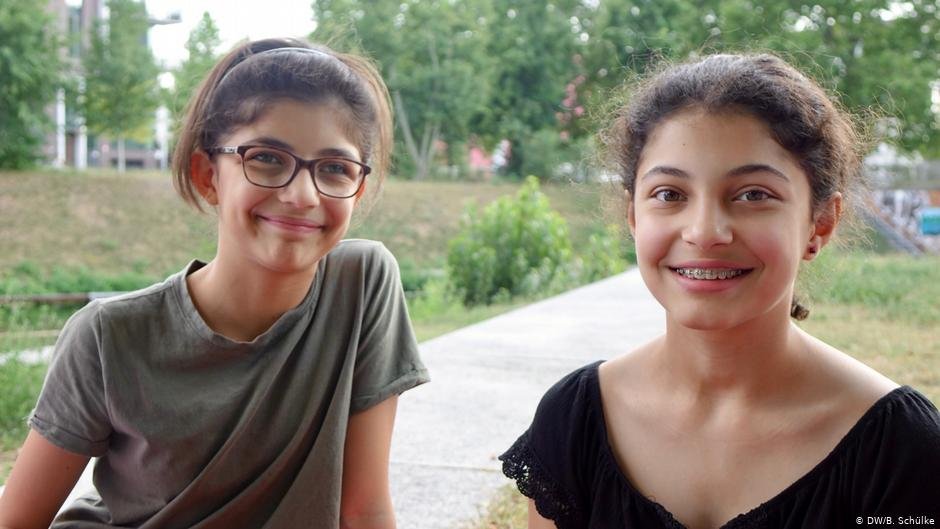 ‘School for the parents, a car and a brother!'

When we met the Jaafars for the first time in 2016, the then eight-year-old Roshen had decided to take a positive view of her new life in Germany.

"Everything is beautiful in Germany," she said back then. "Nothing is bad!"

She already speaks excellent German and translates for her parents. Her overriding aim is for them to feel at home and be happy again.

Together with her sister, she sent a message to Merkel: "I wish that my parents can go to school and we can have a house and a car and that they can find a job... and that we can also have a brother."

She tells us about her A's and B's on her report card, that she wants to study medicine and that math is still her favorite subject.

And her wish for a little brother also came true. In 2017 Richard was born, and two years later little Matilda. Richard goes to kindergarten, Matilda is already enrolled.

"The two of them should also learn good German as quickly as possible," says father Mohammad.

For the sake of the children, they speak only German at home instead of their mother tongue. 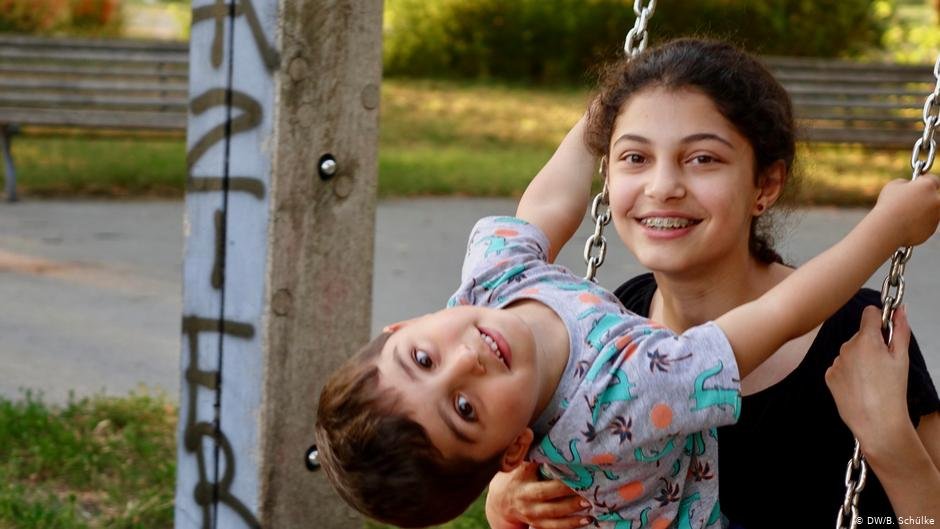 Five years in a refugee shelter

But even five years after their arrival in Berlin, Mohammad, Roka and their children continue to live in a refugee shelter.

There is no room for a dining table, chairs or a sofa. The older kids do their homework on the floor when the little ones are asleep. On top of that, there are also all the coronavirus restrictions.

However, they somehow manage, almost without arguing. They all bite their tongues because returning to Syria is not an alternative.

The most difficult aspect is to get along with the 300 or so people living in the refugee accommodation.

A lot is stolen and destroyed. At night they often cannot sleep because others make noise.

"It is hardly bearable," says Rema. "Many of the people cannot behave themselves."

Roshen goes even further. "Sometimes I would rather live on the street," he says.

The parents have often applied for apartments, but they've only received refusals: "Who would take a job-seeking refugee with four children?" a frustrated Mohammad asks. 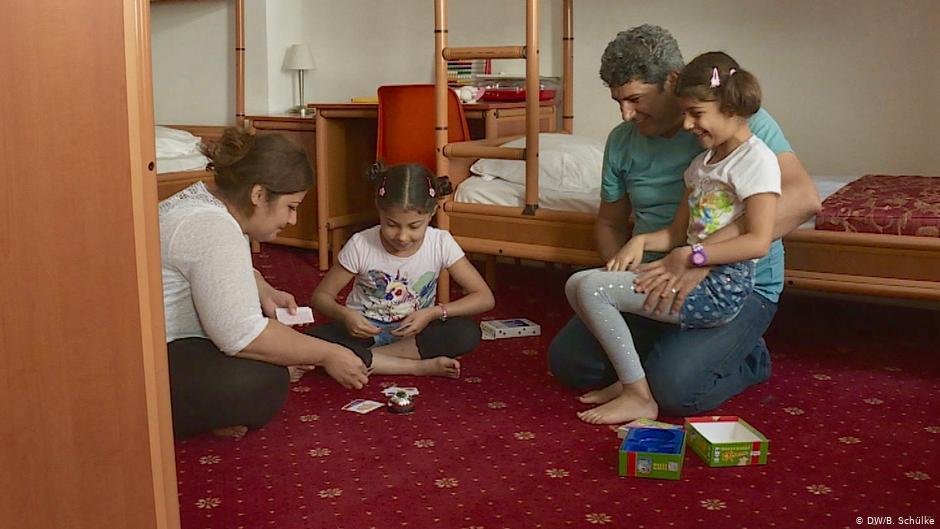 Last year, things started to improve for the family. Mohammad passed all the necessary language tests and got a job with a construction company.

"I was so incredibly happy. It was the greatest thing: my first job in Germany," the trained plumber remembers.

But after four months, while he was still on probation, he fell ill with hepatitis B. His employer let him go.

Since January 2020, Mohammad has been retraining as a bus driver. He was promised a job after he finishes, but the dismissal from his first job has made him deeply insecure.

And then there is the open hostility. Only recently, Roka was shouted at on the train by an old woman who told her to get lost, because Germany is only for Germans. Roka felt very uncomfortable. She looked in another direction. No one defended her.

It was even worse when right-wing groups demonstrated outside their shelter.

There were placards reading "Foreigners out!" The police had to protect the entrance. The family was very scared.

The uncertainty 'torments us'

"But for the children," Mohammad assures us, "things are going really well!"

Roshen has already made friends in high school, and Rema wants to become class spokesperson.

She practices her pitch in front of the family: "I will listen to you and help you with your problems and mediate in disputes."

Mother Roka can continue to attend the language school from September.

And Mohammad is now playing tournaments in a German billiard team. "Because I'm so good, they have waived my club fees," he says.

So did they arrive in Germany, did they "do it", as Chancellor Merkel said?

Mohammad shrugs his shoulders and looks at his wife. They remain silent.

Their residence permit has just been extended by two years, but the foreigners' registration office has confiscated their refugee passports because of a new regulation. No one has explained to them what this means.

Finally Roka answers: "Arrived? No! Halfway at most. The housing situation torments us a lot, and much worse is that we simply don't know if we will be deported at some point.”

"That gives Mohammad nightmares," she continues. "We will have arrived here only when we are allowed to stay permanently."

She starts to cry. It takes a lot of strength to stay positive.