Tension is rising in northwestern Bosnia where authorities have launched a crackdown on thousands of migrants. The UN migration agency has warned that the crackdown is fueling a "volatile situation."

Special police forces were sent to the migrant camp of Lipa in Bosnia's Krajina region on Wednesday night to try to calm a protest by 1,000 migrants over the alleged police beating of an unhoused migrant.

The staff of the UN migration agency IOM, which runs all seven official migrant camps in Bosnia, withdrew from the tent camp, which is near the town of Bihac, before special police arrived, the news agency AP reported. Police fired warning shots into the air as some migrants threw stones.

In two other migrant camps in Bihac, each housing more than 1,000 single men, eight migrants tested positive for coronavirus this week. It was the first time that infections were found in the IOM-registered facilities in Bosnia.

The eight migrants, all with mild cases, were transferred to Bihac's public hospital. The move upset residents, and public anger further increased when authorities said that two of the migrants had escaped from isolation and fled, AP reported. 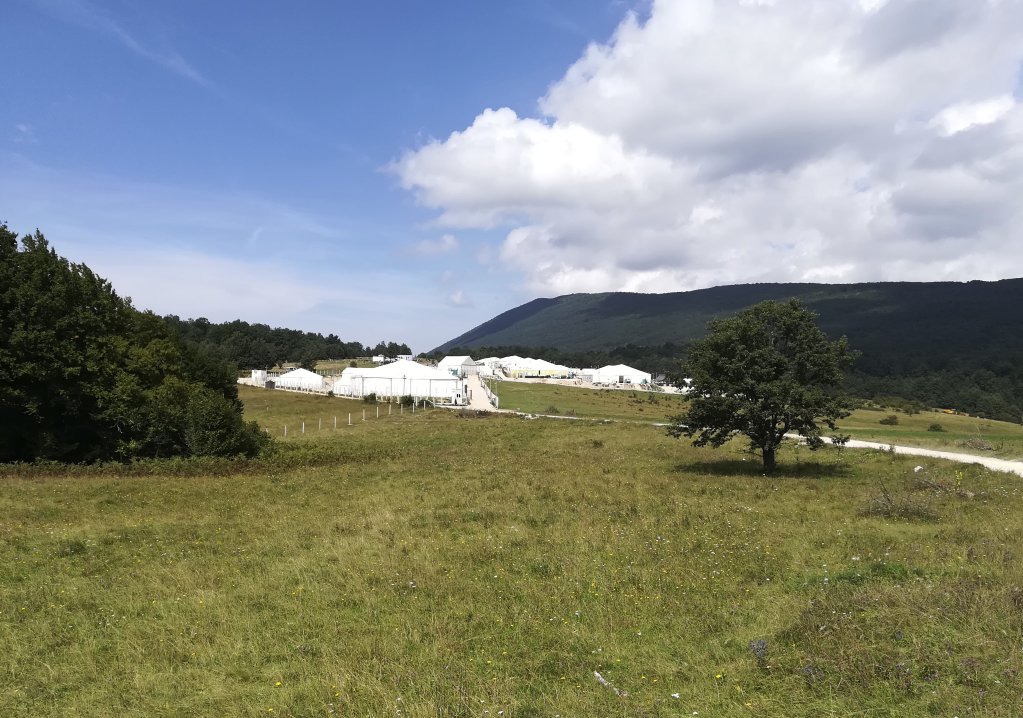 Hostility towards migrants has been growing among the local population of Krajina, which is on the border to European Union-member Croatia. Vigilante groups have formed, threatening the migrants with violence and expulsion.

Around 10,500 migrants and refugees have entered Bosnia so far this year. That compares to just 755 migrant arrivals for all of 2017.

Last week Krajina authorities decided to try to prevent all new migrant arrivals. Police officers on the main highway are continuing to turn back any migrants.

Since the standoff began this week, several hundred people have been taken off buses and trains and left trapped on a road near the town of Bosanska Otoka with no access to food or shelter.

Krajina authorities have banned people from transporting migrants on trains, buses or taxis, as well as from renting or providing housing to migrants. Migrants themselves are also banned from gathering in public places. Amnesty International has described the moves as “discriminatory and reckless,” according to AP. Peter Van der Auweraert of the IOM refugee agency warned that the crackdown by authorities in Bosnia is fueling an already "volatile" situation.

"I am concerned that the situation may get out of hand, in terms of protests and demonstrations, either by the local population or by the migrants," Van der Auweraert said.

"I am also concerned that we are hurtling toward a humanitarian catastrophe if we do not have sufficient accommodation when the winter hits."

Van der Auweraert said a persistent shortage of housing for migrants and the refusal by local authorities elsewhere in Bosnia to accept migrants is leaving thousands of people homeless in Krajina, sleeping in parks or abandoned buildings without access to medical care or sometimes even food. This increases a sense of insecurity among the region's residents.

According to AP, about 2,500 migrants are currently sleeping outdoors in insanitary conditions in Bihac and other towns on the border.

The border between Bosnia and Croatia stretches 1,000 kilometers. The Krajina region is a major transit point for migrants and refugees trying to cross into Croatia as a route to northern Europe.