The Greek coast guard has rescued more than 50 migrants whose boat was in distress south of the island of Rhodes. Two people are still missing from a separate rescue in the Aegean earlier this week.

In the second major operation in three days, the Greek coast guard came to the aid of migrants whose boat was damaged south of Rhodes in the eastern Aegean Sea.

A coast guard officer told the German press agency dpa on Friday morning that there were 55 people on board, according to one of the migrants. The man said that he had made a call to the European emergency hotline 112.

The boat was being towed to Rhodes where it was expected to arrive by Friday afternoon, according to local state media.

A father and son are still missing from a coast guard operation earlier this week in which 96 people were rescued from a partially sunken yacht west of the small island of Halki.

In the operation, which took place mainly after dark on Tuesday, the migrants were rescued from the sea by helicopters, patrol boats and merchant ships. 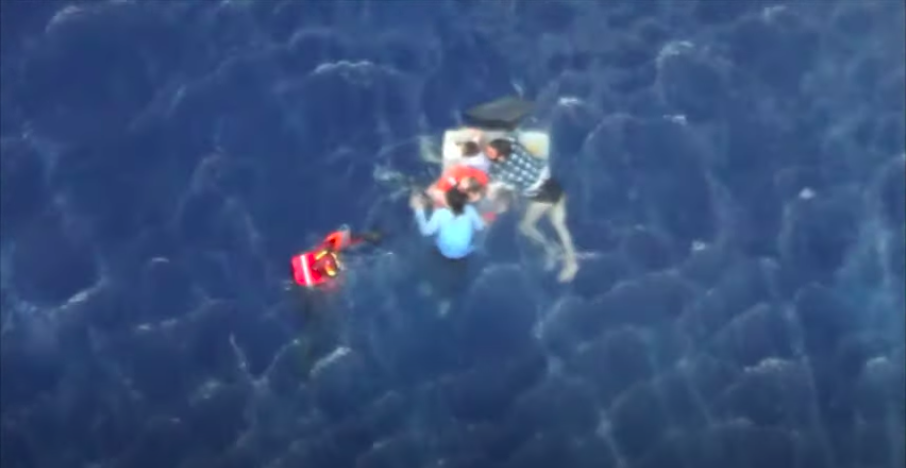 Of those rescued, 72 were transported to Rhodes, five to the island of Karpathos and 19 were picked up from a cargo ship by the Turkish coast guard, AP reported.

Four people rescued from the wreck have been arrested, including a 41-year-old suspected migrant smuggler, according to the coast guard.

Thousands of people continue to make their way to the Greek islands from the nearby Turkish coast, paying smugglers to ferry them in boats that are often unseaworthy or overcrowded.