'We can do this!' — Merkel's famous words five years on

It's five years to the day since German Chancellor Angela Merkel uttered her famous quote about taking in refugees. Today the numbers show that integration has made progress, though skepticism persists.

Where do these people come from? Do they have a good education? Will they find jobs, an apartment?

These and many other questions were hotly debated in Germany when more and more refugees came into the country in summer 2015 and German chancellor Angela Merkel expressed her optimism in the simple words "We can do this!" in a press conference held on August 31 of that year. 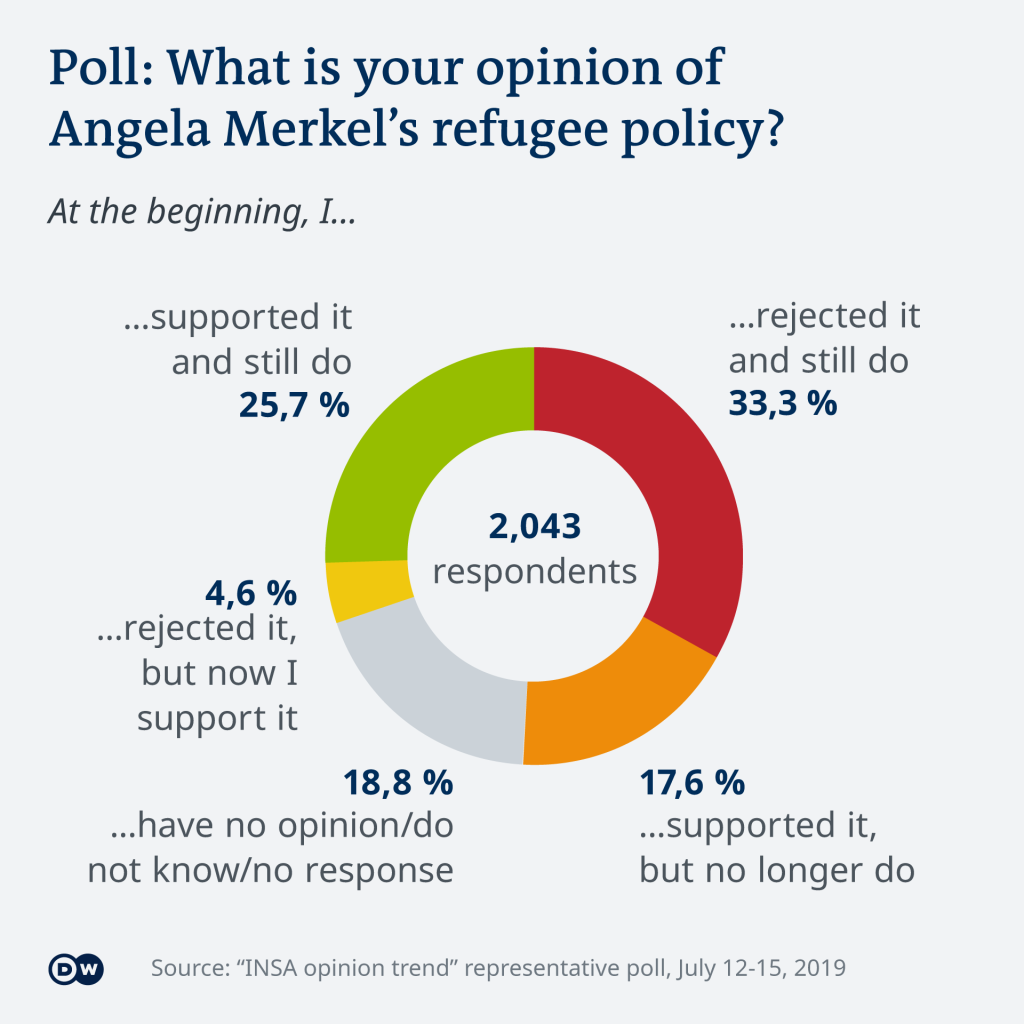 Now, five years later, the debate about Angela Merkel's refugee policy is still an emotional one. But it no longer has to be argued with fears and assumptions: after all, there are now facts and figures about the influx of refugees.

One thing is clear: the number of people applying for asylum in Germany has decreased significantly since 2015. A total of almost 1 million people applied for asylum at that time. Most of them came from Syria, Afghanistan and Iraq — countries in which war and terrorism are an everyday threat. 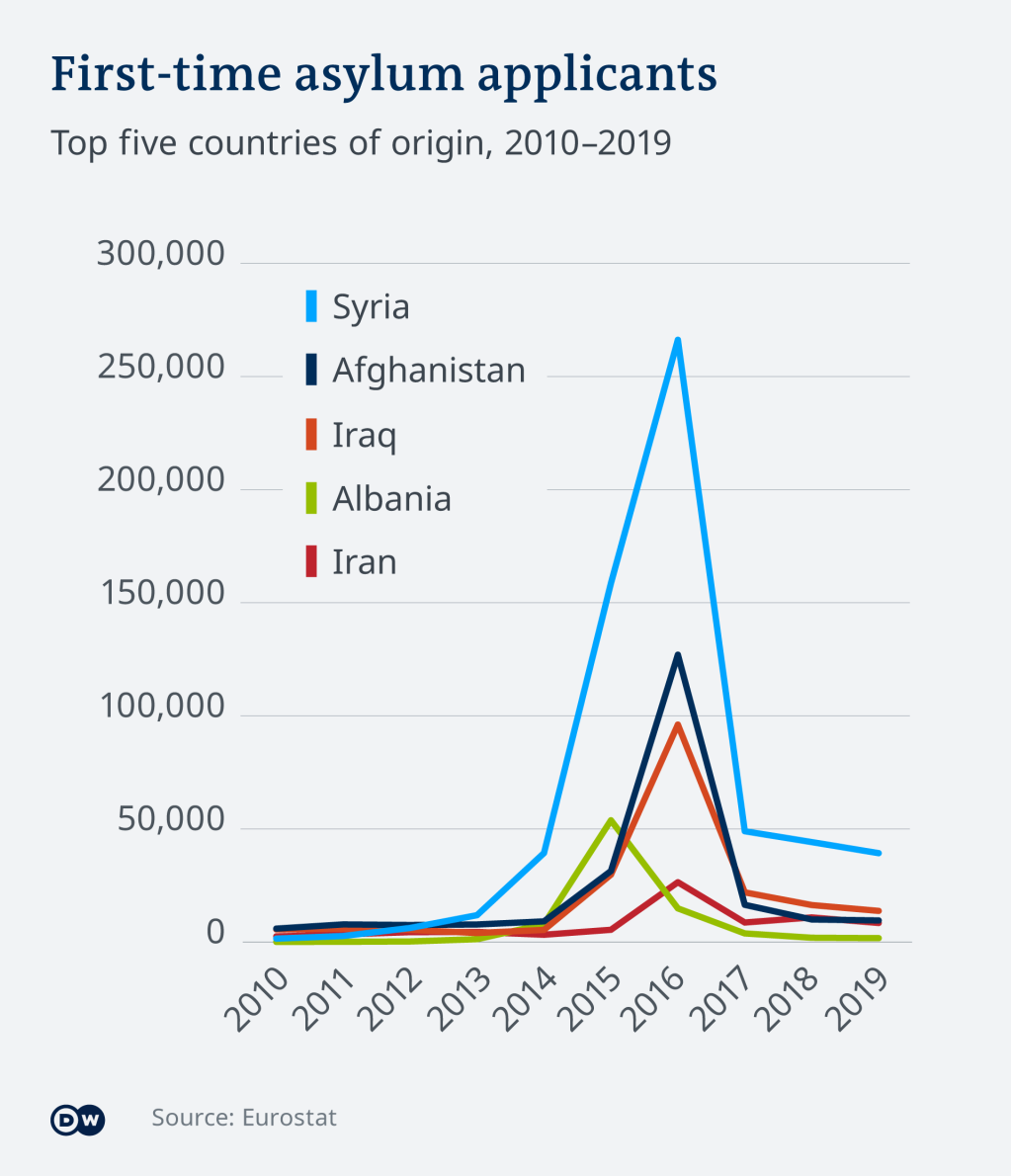 Not everyone who applied for asylum saw their request granted. However, at the time of what would come to be known as the 2015 refugee crisis, the proportion of affirmative asylum decisions was particularly high. This is likely due in particular to the fact that a large number of refugees came to Germany from countries at war, such as Syria. 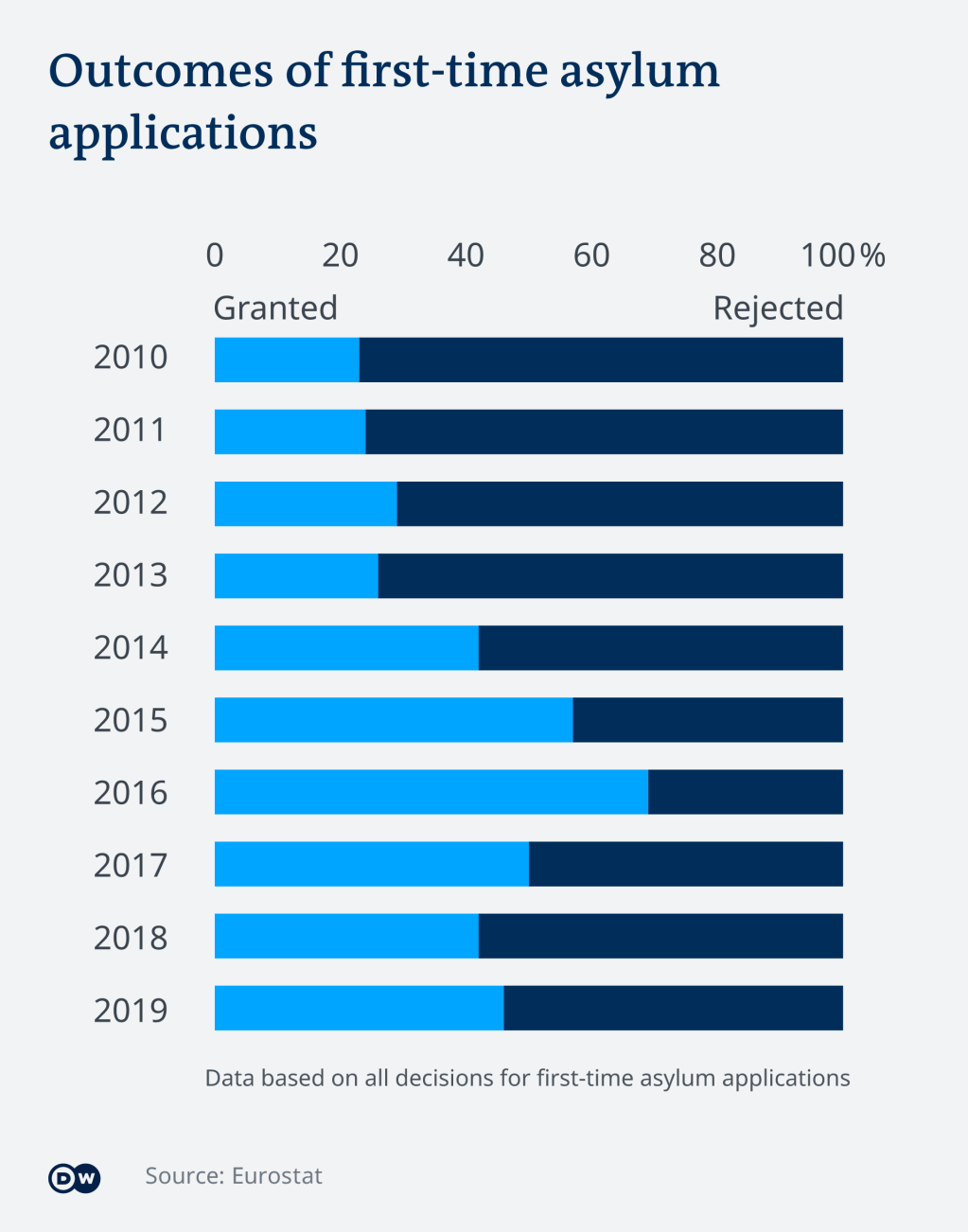 Does Germany need refugees to counteract the shortage of skilled workers? Or are refugees too much of a burden on the social security funds in Germany? The Germans were and are divided on this issue as well. While the far-right, anti-immigrant Alternative für Deutschland (AfD) refused to accept the idea of welcoming refugees, citing financial and other reasons, Germany's other political parties were joined by trade associations in emphasizing their importance for the labor market.

Today it is evident that the majority of the people who come to Germany as asylum-seekers first need training in order to find a job here. Moreover, the level of previous education among new arrivals differs greatly depending on the country of origin.

A partial lack of training and a lack of German language skills were the primary reasons why many refugees in Germany were initially unable to gain a foothold in the labor market.

The landscape of housing and living arrangements has shifted considerably in recent years. Many refugees and asylum-seekers who were still housed in collective accommodation in 2016 have now found their own apartment.

Regardless of the specifics, even five years after Merkel famously told her fellow citizens concerned about the challenges of integration that "we can do this," Germany is divided on the refugee issue. The number of those who are against the admission of refugees has increased since 2015.

Today only 11% of Germany's residents are in favor of accepting more refugees than before. This increased skepticism also becomes clear when one asks about support for Merkel's refugee policy. A slim majority rejects it today — and many of those who once shared her conviction that "we can do this" are no longer convinced.

So while many figures convey a positive picture of integration, public trust in Merkel's policy has continued to decline five years after the refugee crisis, indicating a mixed record for the Chancellor's refugee policy.