The Cypriot authorities have said they are "alarmed" after a total of five migrant boats arrived on or near their shores from Syria and Lebanon in the space of 48 hours. The boats were carrying a total of 183 migrants.

On Monday, the newspaper Cyprus Mail reported that a boat carrying "around 60 migrants" had been spotted about 16 nautical miles off Cape Greco. At the time of writing, it had not yet been approached by the Cypriot authorities.

This boat followed the arrival or attempted arrival of four small boats in the space of 48 hours over the weekend. On Sunday, September 6, the Cypriot police confirmed that a total of four small boats, carrying 123 migrants in total had arrived on their southern and eastern shores in the space of 48 hours. They told the news agency Associated Press (AP) that "about half of them have been permitted to disembark."

A first small boat, carrying five migrants was detected by police near the southern coastal town of Larnaca on Friday. A second with "some 33 migrants aboard" was intercepted by police about 14 miles off the Cypriot coast on Saturday afternoon. The migrants aboard that boat have, according to AP, been transferred to a vessel chartered by the Cypriot authorities and taken back to Lebanon.

Cyprus, which is a member of the European Union, and Lebanon have an agreement to try and prevent so many small boats reaching Cypriot waters.

According to an online portal, Arab News, there is a new migrant crisis brewing as more and more young people attempt to flee Lebanon, headed for Cyprus. Many of them are Syrians and Palestinians but some are Lebanese too. There are about 1 million Syrians in Lebanon and about 250,000 Palestinians live in camps in the country. 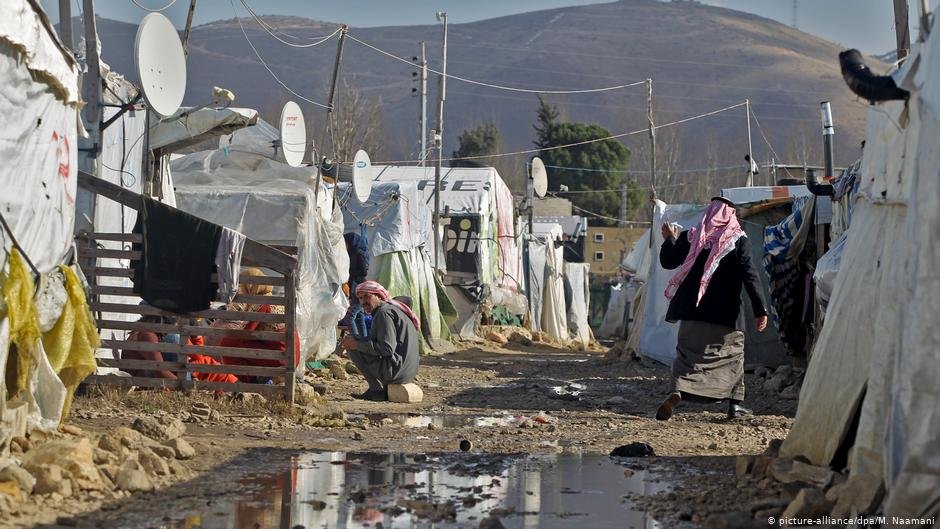 As the Lebanese economy and political situation have gone into free fall over the last year, more and more young Lebanese too are hoping to escape their collapsing economy, wrote Arab News.

According to the head of the Lebanese Union of Professional Divers Mohammad Al-Sarji, who spoke to Arab News, the next three months are seen as "high season" for fleeing Lebanon by boat because the waters are calm.

Al-Sarji added that Lebanese smugglers were "seafarers with strong knowledge of the sea." He said that people fleeing would pay "huge amounts of money" to the smugglers. The closest point between Lebanon and Cyprus is about 90 kilometers, Al-Sarji said. That crossing point, stretching from Tripoli to Akkar in northern Lebanon was "not monitored" Al-Sarji claimed "due to the state's impotence and decay."

Another 21 migrants, were reported to be aboard their craft on Sunday, and drifting off Cyprus' southeastern tip. Their boat is reported to have a faulty engine. Three women and nine children who were aboard that boat were taken off the boat and "transferred to a Cypriot hospital as a precaution."

51 migrants did manage to land on Cyprus on the east coast on Saturday and were taken to a migrant reception center. The beach where they landed is situated in a UN-controlled buffer zone between the Greek Cypriot south and the Turkish controlled north of the island.

AP reported that UN peacekeepers took the 35 men, five women and 11 children who landed to Cypriot custody. On Sunday, AP reported four of the men remained in custody on suspicion they had been crewing the boat. Cypriot Mail added that the men, three from Syria and one from Lebanon are being held on "suspicion of people smuggling. They are believed to be the owners and drivers of the boat."

Arrests after arrival of migrant group, another one sent back https://t.co/Bb39WbqPBF

Also on Sunday, 21 Syrian migrants, comprising 19 men a woman and a child, were taken to a reception center.

Cypriot lawmakers convened an urgent meeting on Monday to "assess the unfolding situation," according to private news channel Alpha. Cyprus' Interior Minister Nicos Nouris told Alpha that their reception centers were “reaching their limits” and that politicians were also concerned to prevent any further spread of COVID-19 on the island.

Nouris told the Cyprus Mail that a further group of Syrians had arrived on Saturday in the village of Mammari after crossing the border from the Turkish controlled part of the island in the north.

Asylum applications on Cyprus can take in reality years to process. On Friday, however, the parliament voted to approve a constitutional amendment in which they shortened the time migrants have to appeal the rejected applications from 75 days to just 15. The interior minister said that would help clear some of the backlog in the asylum system.

The Cyprus Mail added that the government has introduced a range of bills recently to get tough on aslyum. They said the ministry is also working to "stamp out sham marriages, restrict third country students, and expedite the examination time of visibly unfounded asylum applications."