Two protests happened in Dover in the UK over the weekend. One in support of migrants passed off relatively quietly and a second one protesting against the arrival of migrants across the English Channel resulted in clashes between protesters and police.

On Saturday, September 5 , two rival protests occurred in the Kent port town of Dover. Anti-migrant protesters turned out with England flags and signs reading "protect Britain's border." In the same town but a different location members of the Kent Anti-Racism Network and other pro-migrant groups turned up to show solidarity with migrants and refugees, their signs read things like "Rise above fear. Refugees welcome."

According to the BBC, the anti-migrant protesters comprised about 60 people carrying flags and wearing union jack flag masks. They shouted words like "freedom" as they moved along Dover's seafront and took up positions at the port and on the major road coming into the town, the A20. 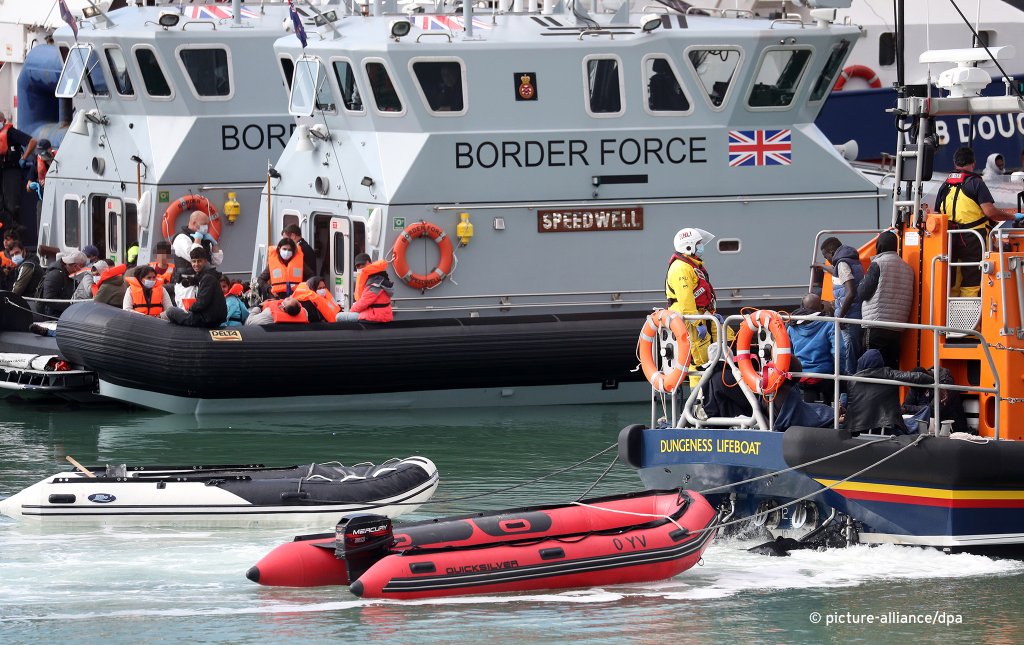 One banner asked rhetorically: "How many illegal immigrants are terrorists?" and then called on the British government to: "Stop importing this terrorist threat!" Another banner declared France a "safe country" and asked for migrants to be "arrest[ed] immediately and deport[ed]!" That banner called migrants "illegals from France" and "benefit seekers."

The anti-migrant protesters blocked the A20 road for a time in both directions bringing traffic to a standstill, as, according to the BBC, some of the protesters sang the song Rule, Britannia! The song, created in the 18th century is credited with helping to foster an idea of Britishness, but it was a time when Britain presided over a global empire and its jingoistic connotations are being questioned by some in today's society.

Clashes were reported between the protesters and about 50 police officers. Kent Police tweeted that they had made "ten arrests."

They were arrested on suspicion of a "racially aggravated public order offence, violent disorder and assaulting an emergency worker." The protest was largely dispersed by around 3 pm on Saturday afternoon.

The Chief Superintendent of Kent Police, Nigel Brookes, said that his force would "continue to identify any further offenses which took place during the protests." He said that his officers had worked with partner agencies to "maintain a safe distance between the two events."

Local Conservative MP Natalie Elphicke on September 4 tweeted ahead of the protests that people were "rightly angry about the number of people breaking into Britain in small boats." She called the phenomenon "completely unacceptable."

People are rightly angry about the number of people breaking into Britain in small boats. This is completely unacceptable. pic.twitter.com/27bxM4bngT

However, later that day, she told supporters that they should stay away from the planned protests because "A protest in the middle of a pandemic is not a sensible or responsible thing to do." She said that protesters shouldn’t risk a second wave of COVID-19 and reminded people that" police resources were better used fighting crime than policing political demonstrations."

More people were out and about enjoying our area’s lovely beaches than joining the political protests in Dover today.

I am grateful that many hundreds of expected protestors on both sides heeded my call to stay away. pic.twitter.com/IYh5CmqA5a

Elphicke said she was "grateful that many hundreds of expected protesters on both sides heeded my call to stay away."

Then Kent Anti-Racism Network tweeted a video of their protest on twitter.

TODAY: good crowd showing solidarity with refugees fleeing to our shores from desperate conditions in Northern France and their homelands #WeStandWithYou #RefugeesWelcome pic.twitter.com/mm9P5rLpGf

It showed a "good crowd" out to "show solidarity with refugees fleeing to our shores from desperate conditions in Northern France and their homelands." Their protest took place in Dover's market square. 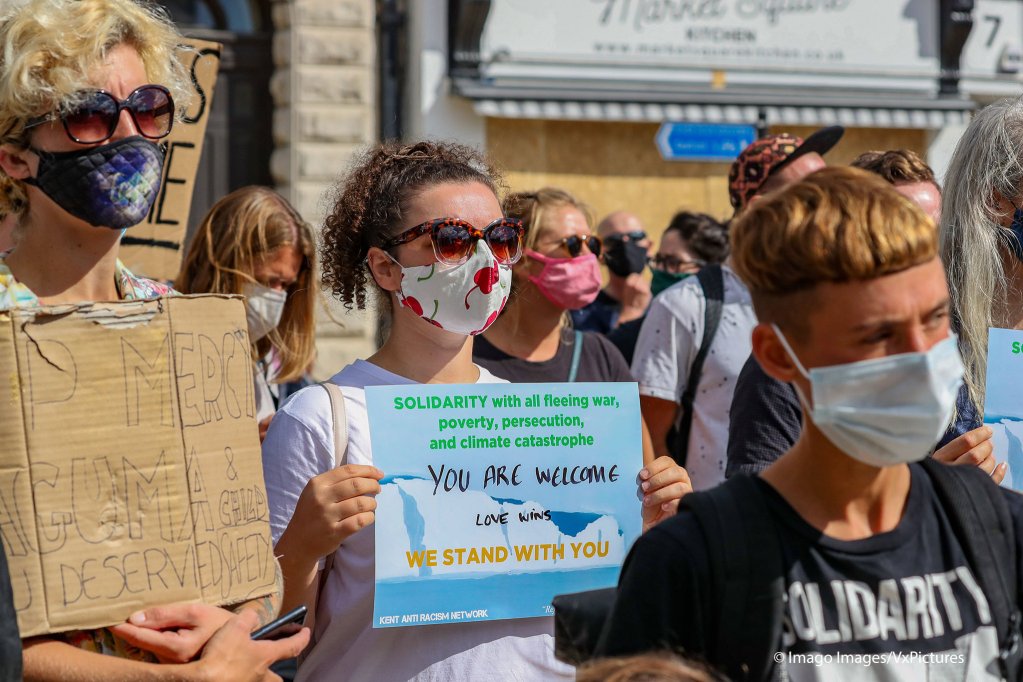 On Friday night, the news agency Associated Press (AP) reported that the humanitarian charity Freedom from Torture beamed the words "Rise above fear. Refugees Welcome" on to the White Cliffs of Dover. The cliffs have played host to similar projects in recent months, including a speech by a Syrian refugee, Hassan Akkad who crossed the Channel in a rubber dinghy in order to get to the UK a few years ago.

He called the crossing "devastating" because he was "so terrified" and said he "wouldn't wish it on my worst enemy."

The refugee, who is also a filmmaker and has been volunteering to clean his local hospital Whipps Cross during the pandemic, said that the only difference between people like him and residents of the UK was "luck." He said that people like him "did not choose for their countries to become so unsafe that even the deadly sea offered a better prospect."

It is estimated that more than 5,000 migrants have crossed the Channel between the European continent and the UK this year alone with numbers increasing in the last few months as restrictions due to the coronavirus pandemic have been eased and the weather has improved.