Thousands of protesters call on Germany to take in Moria refugees

Thousands of people took to the streets of cities across Germany on Wednesday to show their solidarity and to call on the German government and the EU to take in more than 12,000 migrants left homeless by fires at Moria camp on Lesbos.

The protesters in cities across Germany including Berlin, Frankfurt and Hamburg appealed to the government to evacuate all camps on the Greek islands and to bring to Germany migrants and refugees left homeless by the fires in Moria.

An estimated 3,000 people demonstrated in Berlin on Wednesday evening, some 1,200 took to the streets in Hamburg, and another 300 in Frankfurt, according to police. There were also rallies in Leipzig and other cities across the country.

Protesters chanted the motto of the demonstration, "We have room," (Wir haben Platz), as can be heard in a video posted on Twitter by a member of the Sea-Watch charity. They also held up banners that said. "Evacuate Moria" and "Shame on you EU". Speakers at the rallies said European leaders should have acted even before the fire happened.

They also called for the resignation of the interior minister, Horst Seehofer, who has so far blocked the arrival of refugees through federal reception initiatives.

Districts and states in Germany in the past months have offered to take in refugees from Greece to ease the overcrowding in camps – a move that Seehofer opposes.

According to German law, refugee policy is decided on the federal level and states and districts may only accept refugees if they receive the green light from the federal government.

Seehofer has also argued that regional efforts would undermine attempts at agreeing a long-overdue European mechanism for the distribution of refugees across the bloc. Although Foreign Minister Heiko Maas has said Germany was ready to help the residents of Moria, he called for the support of all EU member states. "What happened in Moria is a humanitarian catastrophe. With the European Commission and other EU member states that are ready to help, we need to quickly clarify how we can help Greece," Maas said on Twitter. "That includes the distribution of refugees among those in the EU who are willing to take them in," he added.

The fires at Moria this week have burnt down nearly the entire camp, leaving nearly 13,000 people in need of emergency housing. Many spent the first night after the fire on Tuesday evening sleeping in the fields, by the side of the road or in a small graveyard, AP reported. 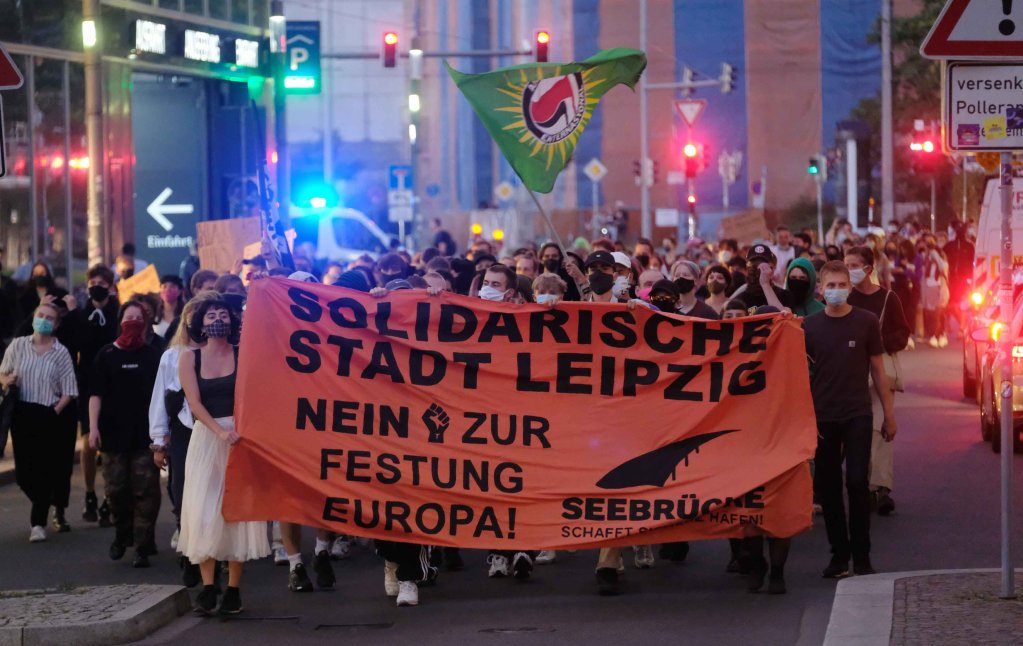