Denmark has appointed a new special migration envoy to "help open doors" towards a new EU migration policy which would push reception centers outside EU borders. The government on Thursday also said that Tunisia should take in the 27 migrants aboard the Danish-flagged tanker Maersk Etienne which has been stranded off Malta for weeks.

On Thursday, Denmark's foreign ministry announced it will be appointing Anders Tang Friborg to the post of special envoy on migration. The new ambassador is expected to "help open doors" towards a new EU migration policy, which the Danes hope will move towards opening reception centers outside EU borders in order to process asylum claims more quickly and return anyone who is refused protection by EU countries, the news agency Associated Press (AP) reports.

Friborg has held leading positions in the Danish Foreign Ministry, the UN and was head of Denmark's mission in the Palestinian Territories. According to the Copenhagen Post (CPH), he would be there to "promote the Danish government’s ideas on asylum and migration issues."

Towards a new system of migration

Denmark hopes to help migrants in their own regions, in order to try and prevent them ever setting out on dangerous journeys towards Europe in the first place.

"We want a system that tackles the problem of cynical human traffickers earning immense sums while children, women and men are abused along migration routes or drown in the Mediterranean," Kofod told CPH.

The goal of Denmark's Social Democratic-led coalition is to prevent as many "spontaneous asylum-seekers as possible" coming into the country, reported AP. The way to achieve this goal was to establish "one or more reception centers outside the EU and thereby removing the migrants' incentive to cross the Mediterranean," said Denmark's Acting Immigration Minister Kaare Dybvad Bek, quoted by AP.

Bek added that the new ambassador would have a taskforce, which was established at the beginning of September, in order to carry out the work. Bek admitted to AP that his task would be "anything but easy." The Danish government has not yet clarified in which countries they are hoping to set up the new reception centers. 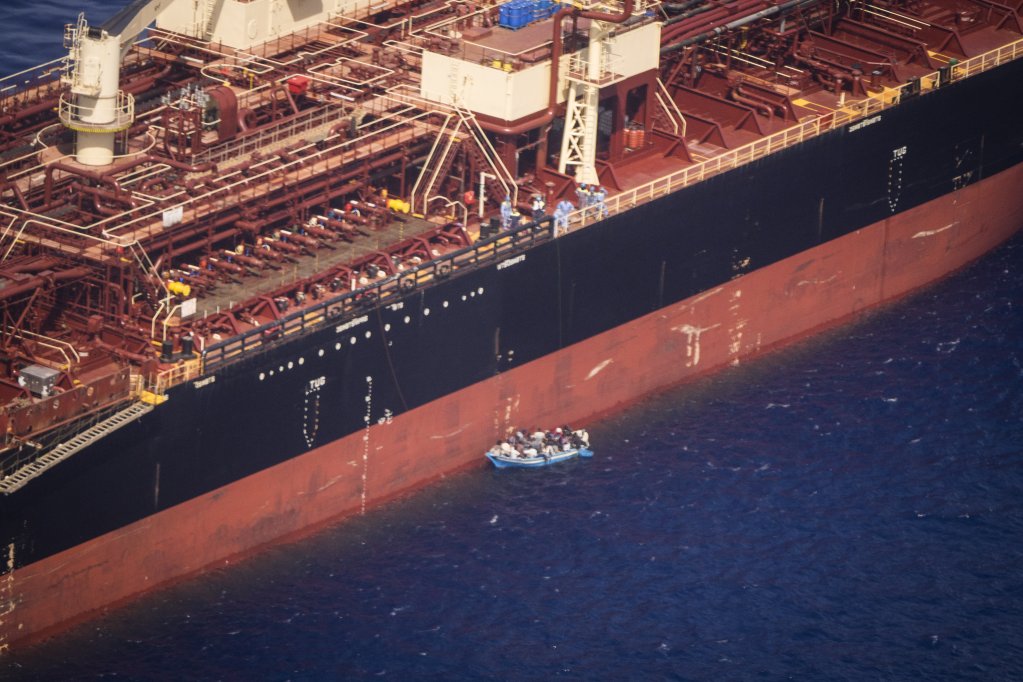 Meanwhile on Thursday the Danish government indicated that Tunisia should accept the 27 migrants which have been stranded on board the Danish-flagged freighter Etienne for over a month.

The Danish immigration ministry told the news agency Agence France Presse (AFP) in a statement that "the Danish government’s assessment is that Tunisia should honor its responsibility for receiving the 27 people [aboard the Maersk Etienne]." The ministry clarified that their assesment was "among other things based on the fact that the ship’s planned destination was Tunisia and that the migrants were rescued close to Tunisia."

The oil and chemical tanker Etienne, which belongs to the Danish shipping company Maersk, picked up the 27 migrants in August after it was called to provide assistance by the Maltese Search and Rescue Coordination. The group include one child and a pregnant woman.

Since then, the tanker has been stranded off Malta and has been denied entry to Mediterranean ports.

On Sunday, Maltese Prime Minister Robert Abela also abdicated responsibility for the people on board, according to AFP, saying the migrants on board were “not his country’s responsibility as the vessel sails under the Danish flag.”

Stuck at sea for 35 day and counting.

The crew and the people they rescued, now need rescuing from this stalemate. When will relevant authorities take responsibility?
#Maersk #Etienne #seafarers #migrants #refugees #stuckatsea pic.twitter.com/hbxZilsfGa

"Stuck at sea for 35 days and counting," said Maersk in a tweet on Wedensday. "The crew and the people they rescued, now need rescuing from this stalemate. When will relevant authorities take responsibility?"

'Not a safe place'

The ship's Captain, a Ukrainian, has repeatedly called to be allowed to disembark the rescued migrants, explaining in video messages and statements that his tanker is not set up to host guests on board. In videos he and the ship's crew have shown how the migrants are sleeping mostly on deck, tucked in between metal struts with only buckets and hoses in which to wash and prepare food.

According to a press release by the UN refugee agency UNHCR, the ship's crew have been "sharing food, water and blankets with those rescued," but are "not trained or able to provide medical assistance to those who need it." The UNHCR added that "a commercial vessel is not a safe environment for these vulnerable people and they must be immediately brought to a safe port."

The statement reads: "The Maersk Etienne fulfilled its responsibilities, but now finds itself in a diplomatic game of pass the parcel."

Four days ago, the Secretary General of the International Chamber of Shipping, Guy Platten, also spoke up on the ship's behalf, explaining that "conditions are rapidly deteriorating onboard, and we can no longer sit by while governments ignore the plight of these people."

Three of the migrants already jumped overboard in desperation, only to be recovered again by the crew of the Etienne. Platten added that the "shipping industry takes its legal and humanitarian obligations to assist people in distress at sea extremely seriously, and has worked hard to ensure that ships are as prepared as they can be when presented with the prospect of large-scale reescues at sea. However, merchant vessels are not designed or equipped for this purpose, and states need to play their part."