Greek Prime Minister Mitsotakis laid out plans to swiftly build a migrant reception center on Lesbos to rehouse the more than 12,000 migrants left homeless after last week's fire. But the plans have been met with criticism by locals and migrants alike. Mitsotakis has also attacked the EU for not doing more to help.

The Greek government has announced it was planning to build a permanent migrant reception center on the Aegean island of Lesbos. The new facility is designed to replace the overcrowded Moria camp, which was destroyed by a fire a week ago.

Greek Prime Minister Kyriakos Mitsotakis called for more EU involvement as he announced the plans on Sunday. Mitsotakis said the construction of the new reception center in response to the apparent arson attack at Moria would provide an opportunity to rethink the EU policies governing migration.

"Europe should be a lot more involved in the management of the new center wherever we finally decide it should be," the politician said during a news conference.

The fire at the Moria reception center left more than 12,000 people sleeping rough on the street -- without shelter, sanitation and access to food. The incident brought the issue migration back to the forefront of European politics once more. 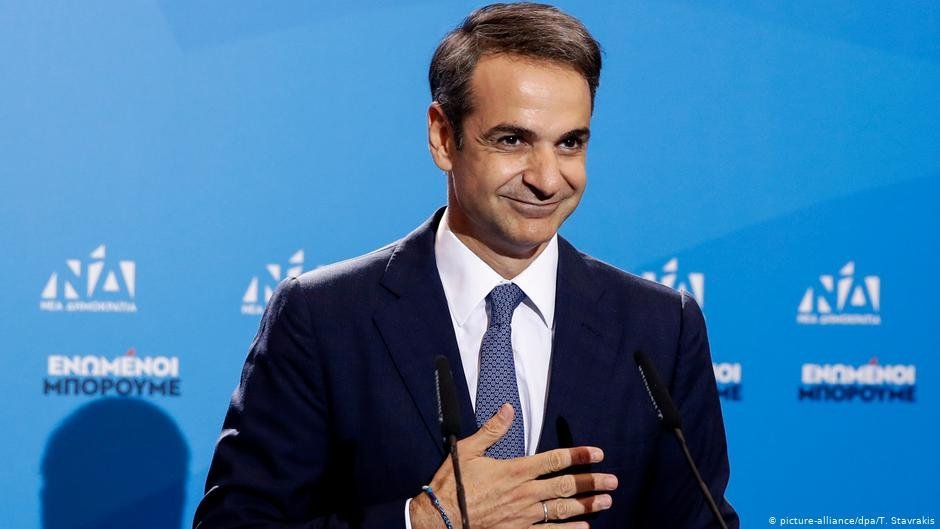 Migrants to be rehoused by end of week

Meanwhile, the government also made the announcement that the thousands of migrant who had been left homeless after the devastating fire at Moria could be rehoused within a week.

Greece's Migration Minister Notis Mitarachi said it would take about five days to provide tents for all the migrants and refugees who had been made homeless overnight. Authorities on Lesbos have already set up a camp at nearby Kara Tepe to house about 3,000 people.

Government officials also reassured the migrants that asylum procedures would now be accelerated, so overcrowding in camps while people wait for the outcome of the their asylum requests for months or years would in future be minimized.

Read more: 'Now is the time to shut down Moria for good' say some Lesbos locals 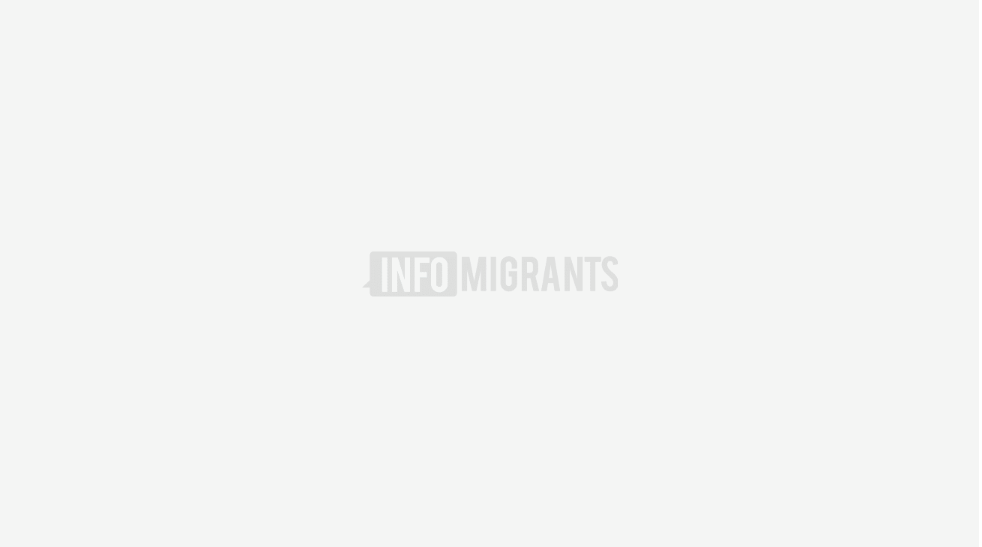 By Sunday afternoon, around 500 migrants had entered the new Kara Tepe facility, with queues continuing to form outside. The goal for that night was to have 1,000 migrants rehired, according to Migration Minister Mitarachi.

However, many migrants refused to enter the reception center with a current capacity for 3,000 people. Many of the asylum seekers said they feared their traumatic experiences at Moria would simply be repeated at Kara Tepe.

"In the new camp, we are all going to die. It is really small. We don't feel safe. We will remain here until another solution is found," Nasrullah, a 22-year-old Afghan migrant, told news agency AFP. 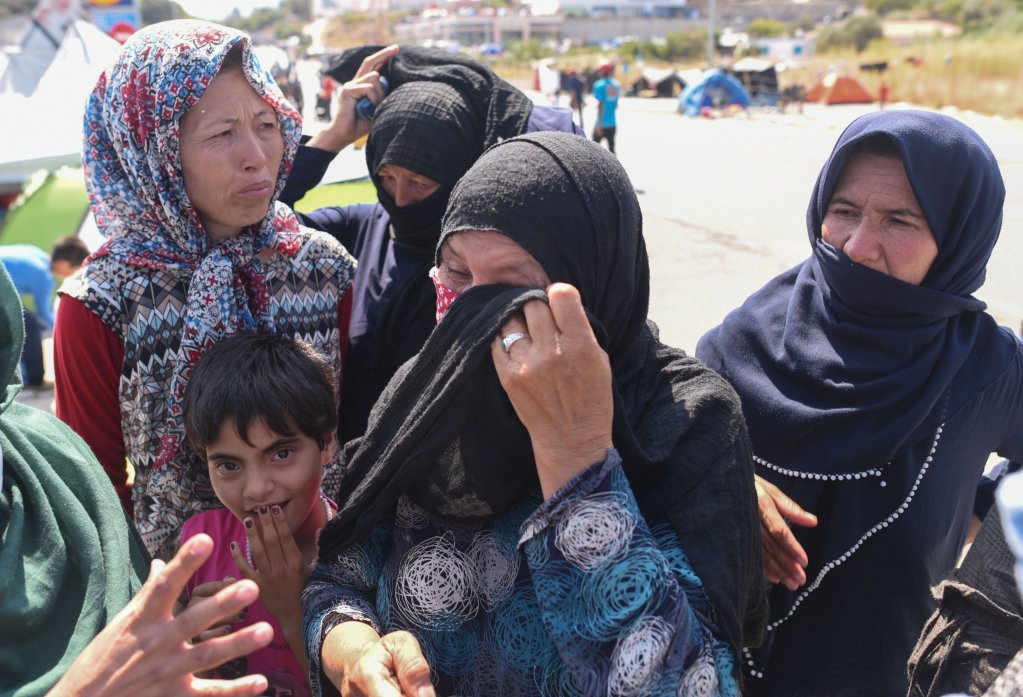 "In Moria, we could come and go but here, [the new camp] will be like a prison," said Zola, a Congolese migrant with an infant child. Other migrants and refugees also confirmed with AFP that authorities did not allow migrants to leave the Kara Tepe reception center.

Henrike Tipkämper, a German volunteer working in migrant and refugee aid on Lesbos, told news agency epd that she also feared that any new facility to replace Moria would likely be more like a prison than a refugee camp, and that she expected animosities to rise as a result.

In response to the developing situation, there were a number of clashes between migrants and authorities reported over the weekend. During protests, some young migrants threw rocks at riot police, who then repeatedly responded with tear gas. Most migrants, however, demonstrated peacefully, pleading specifically for help from the EU, an AFP reporter said.

We’re deeply concerned to hear reports of police spraying tear gas at families and children in the Moria camp, devastated by fire last week. The UK must step up and take its fair share of refugees from Moria, many of whom have family members in the UK. https://t.co/eZLBfPpRsc

The mayor of Mytilini -- the capital of Lesbos and the municipality that hosts Kara Tepe and borders Moria -- told AFP that "the tension and the anguish with all those people in the middle of the road for five days now" continued to make locals feel feel uneasy, especially with the majority of homeless migrants still sleeping rough.

Stratis Kytelis, the mayor of Mytilini, told AFP that the new camp "near the port of Mytilini isn't a solution."

There were also reports of "up to 200" of cases of COVID-19 amid the migrant population now roaming the streets of the island. Authorities said they lost sight of at least 35 migrants and refugees who had tested positive for the airborne disease.

They conceded, however, that by the end of Sunday (September 13), 12 migrants among those entering the new facility had tested positive for coronavirus. 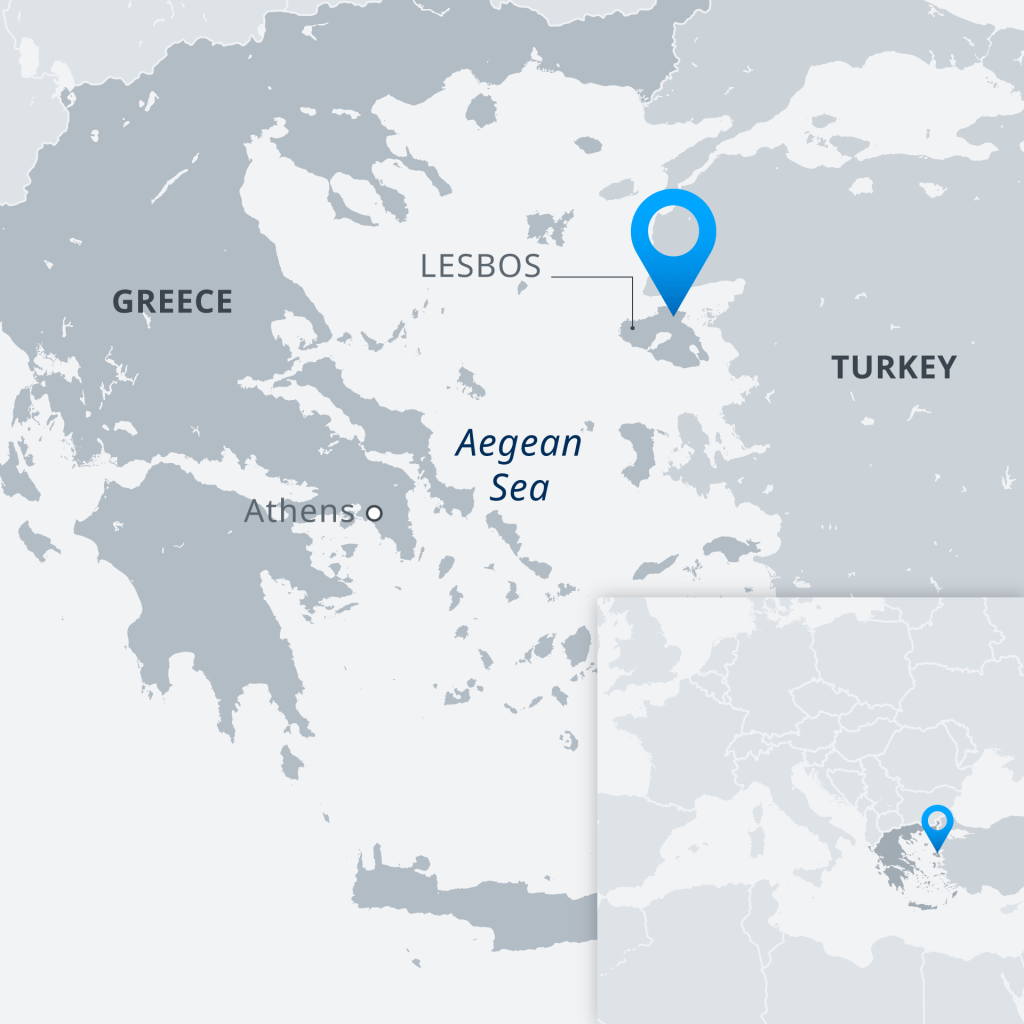 Prime Minister Mitsotakis stressed that the move to Kara Tepe provided a "decent provisional structure" to "handle the situation until the next stage." A new, permanent reception center would avoid a repeat of "the problems of Moria," he added.

"I want to say with absolute certainty that there will be a permanent reception and identification center. I want to send this message in all directions," Mitsotakis said further. The prime minister thereby squarely dismissed the protests held both by the migrants on the island and by Lesbos residents.

Meanwhile, Pope Francis, called for more understanding and solidarity for those affected by the recent events. The Pontifex had visited Moria in 2016.

In recent days, a series of fires have devastated the refugee camp of Moria on the Island of Lesbos. I express my solidarity and closeness to all the victims of these dramatic events.

Greek Police Minister Michalis Chrisochoidis doubled down on Mitsotakis' resolution to go ahead with the establishment of a new center on Lesbos. He threatened with "sanctions" against anyone who might try to block access to the Kara Type facility.

Both migrants and locals were reported to have tried to block access to various migrant centers on the island as part of their protests.

Chrisochoidis said that thousands of officers had been deployed to "protect the life and security" of both locals and asylum seekers on the Aegean island. "We will allow nobody to violate the rules of our country," he added.

Meanwhile, Prime Minister  Mitsotakis framed the Moria fire and the ongoing migrant protests as attempts by migrants to be moved off the island and to the mainland. Mitsotakis reiterated he wouldn't change his policy of keeping the migrants on the Greek islands if this is where they first arrived. He also stressed that he wouldn’t let interest groups force his hand. 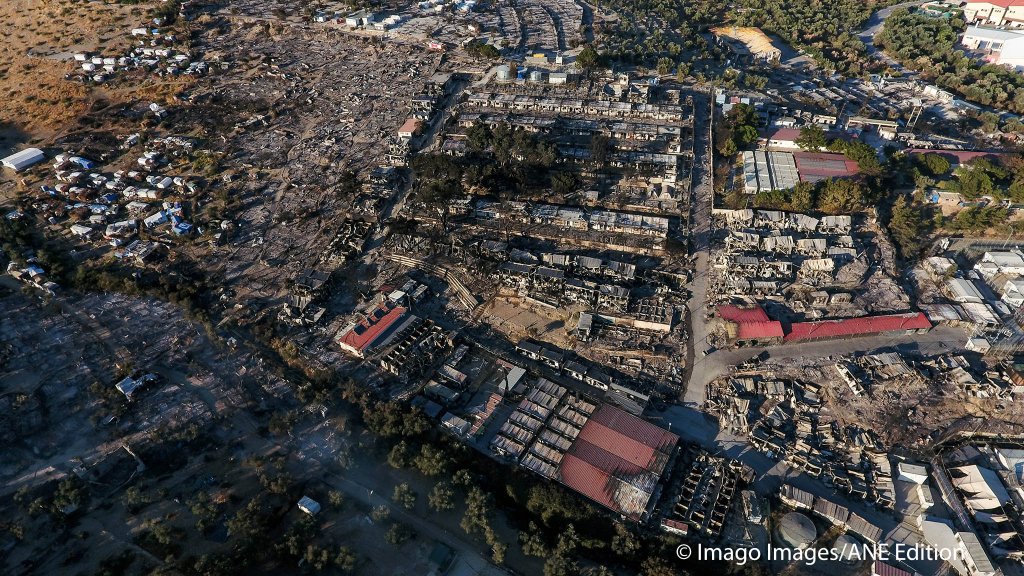 A representative of the Greek migration ministry, Manos Logothetis, referred to these attempts as a "tactic" used by refugees and migrants. In his view, this "tactic" would likely be replicated elsewhere, such as the islands of Samos, Chios and Kos, if the Greek government gave into the demands of asylum seekers on Lesbos after the Moria fire.

"Otherwise all our efforts to date to limit the flow of migrants and manage the pressure on the islands would be invalidated," Logothetis told the daily Kathimerini newspaper on Monday.

The official also said that if the Greek government agreed after all to move the Moria migrants to the mainland, the new slogan among asylum seekers on other Greek islands could become "Let’s do the same thing they did at Moria."

With so many facets to the dilemma on Lesbos, European nations are once more assessing what kind of help they can provide to Greece. Even before the fire at Moria, several European countries had offered to take in hundreds of asylum seekers, especially unaccompanied and vulnerable minors. But Greece has long highlighted that aside from providing funds and extending token gestures, the EU had not contributed enough to alleviate the situation on the Greek islands. Prime Minister Mitsotakis said that his government was in touch with German Chancellor Angela Merkel "to see how Germany can support us more by taking in families that have been granted asylum."

Past efforts to introduce an EU-wide quota system for the distribution of migrants and refugees from Greece as part of a broader migration pact failed after running into fierce opposition from a number of governments such as Poland and Hungary, whose far-right governments pursue anti-immigrant policies.

Meanwhile, there's no end in sight to the drama on the Greek island. On Sunday evening, local media in Lesbos reported that 21 new migrants had reached the island. And with the colder autumn and winter months ahead, the humanitarian situation could soon become worse.