Greek police have arrested six people in connection with the fire that razed the Moria migrant camp on Lesbos Island last week. The suspects are reportedly Afghan nationals whose asylum applications were rejected.

The Greek government said Tuesday that police had detained six migrants over the fire that destroyed the Moria Reception and Identification Center and the informal migrant camp surrounding it. The suspects were migrants, the Greek Civil Protection Minister Michalis Chrisochoidis told the broadcaster ERT.
More than 12,000 people, most of them from Afghanistan, Africa and Syria, were left without shelter or sanitation after the squalid and overcrowded camp on Lesbos burned to the ground last Wednesday. Thousands of people, including children, are still sleeping rough near the former facility.
Authorities said the fire was deliberately lit by the migrants after the camp was locked down because a number of residents had tested positive for COVID-19.
Two of the migrants arrested on the Greek mainland Tuesday were minors who were flown out of Lesbos following the fire and had been due to be transferred to other European Union states, the Greek broadcaster Mega reported, citing police sources. 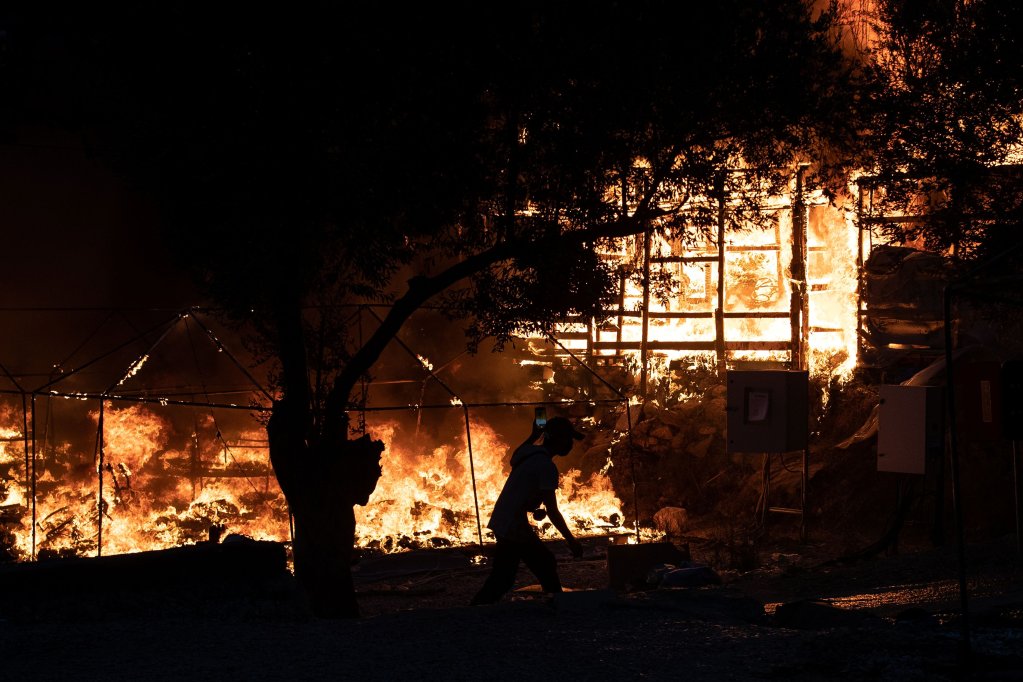 New facilities
Temporary accommodation has been set up at Kara Tepe on Lesbos for the migrants left homeless by the fire. Greece has said that only those who move to the new facilities will be able to proceed with their asylum applications. Flyers saying this in seven languages have been distributed among the people affected, the dpa news agency reported.
However, many migrants have continued to resist being moved into the temporary shelters and have demanded to be allowed to leave the island.
Also read: Lesbos migrants refuse to enter new tent settlement: 'We'd rather die here than go to another camp'
The Greek prime minister, Kyriakos Mitsotakis, said a new permanent migrant reception facility would be built on Lesbos. But he said again that Greece needed help to tackle migration, calling for “tangible solidarity” from the European Union.
Visiting Lesbos on Tuesday, the European Council president, Charles Michel, also called for greater commitment by EU members for a new migration policy to be effective.

I'm deeply moved by the difficult situation of those stranded on #Lesbos. The EU won’t turn a blind eye to the challenge.

It's our responsibility to support frontline countries & Greece.

Migration requires a coherent EU response based on values bringing us together.#MoriaCamp pic.twitter.com/rSQPepGVTY

"This is difficult, a very complex situation, but on behalf of the European Union, I would want to say that I refuse to paper over this migration challenge. This is a common European challenge," Michel said.
With dpa, Reuters