Migrants on Open Arms rescue ship to disembark in Sicily

Italy has given permission for 140 migrants to disembark the Spanish rescue ship Open Arms. Over the past two days more than 100 migrants jumped off the rescue ship stranded off Sicily and tried to swim to shore.

The Spanish rescue organization Open Arms announced on Friday afternoon that Italian authorities had given their rescue ship permission to disembark 140 migrants onto a quarantine vessel "GNV Allegra". Open Arms founder, Oscar Camps, tweeted that the situation on board the Spanish boat had reached the limit.

Earlier on Friday more than 48 people jumped off the Open Arms in an attempt to reach the Sicilian coast. 76 others who had done the same on Thursday were rescued by the Italian coastguard.

Open Arms rescues a further 77 migrants in the Mediterranean 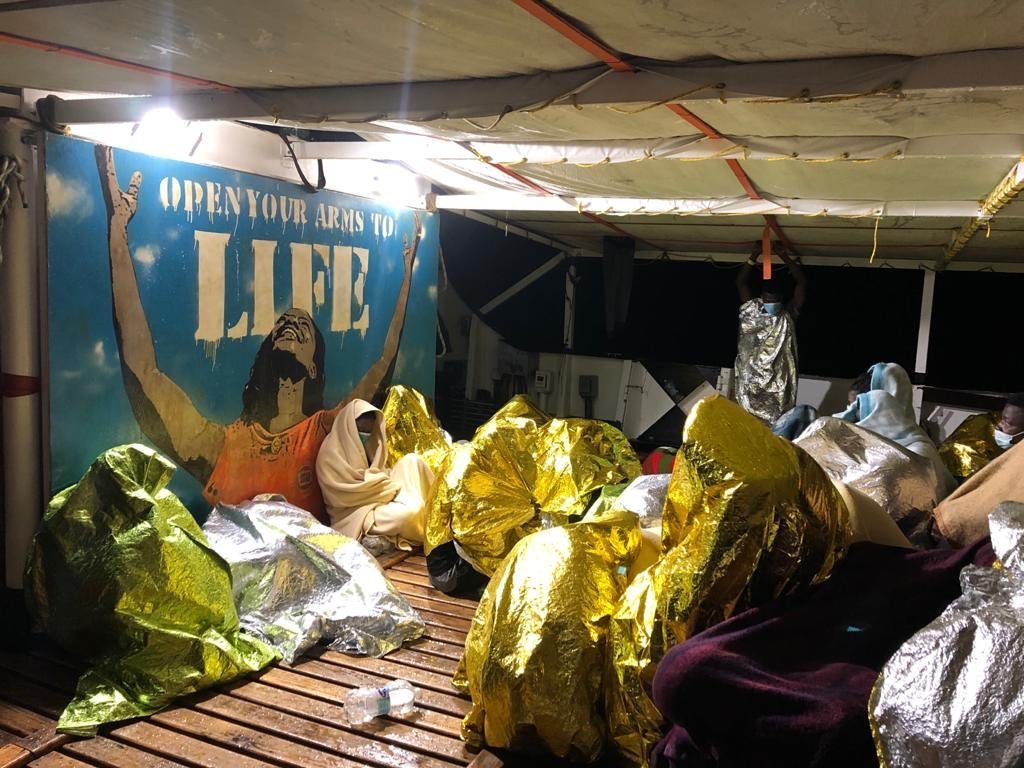 The Open Arms vessel, which originally carried 278 migrants, has been waiting outside the harbour of Sicily's capital Palermo for days for permission to let its passengers disembark.

"On board, the suffering is increasing of our guests and the crew," Open Arms tweeted.

The migrants were on board for around 10 days, after Malta also refused to take them in.