How the MS Aquarius saves migrants in the Mediterranean

The Aquarius is a ship whose mission is to save migrants who are trying to cross the Mediterranean Sea to Europe. It has been performing humanitarian operations since February 2016. The Aquarius is operated by an NGO called SOS Méditerranée, in partnership with a medical team from Doctors Without Borders (also known as MSF). InfoMigrants explains the Aquarius’s mission. 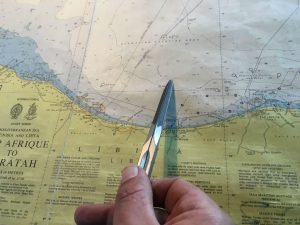 The Aquarius sets a route before leaving port. At the moment, the ship criss-crosses a wide band of water to the east of Libya (between Zouara and Tripoli). Once the Aquarius arrives in the SAR zone, it stays on the move day and night, sweeping the sea for smaller boats in distress.

Often, several humanitarian ships (such as Vos Hestia, Moas, Sea Watch 2) end up in the same area. The vessels divide up the SAR zone in order to search the largest area possible. 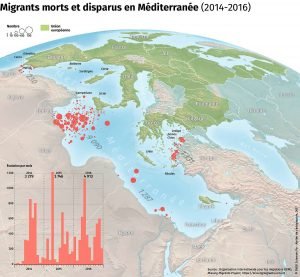 The Aquarius always stays in international waters, at least 20 km from the coast. It is not authorised to enter Libyan waters.

According to international conventions, all ships are required to offer aid to any vessel that is in danger - whether it is a fishing boat, a commercial ship, a raft or a dinghy. Practically speaking, the Aquarius' humanitarian mission began in response to the migrant crisis that has turned the "Mare Nostrum" into an immense graveyard for tens of thousands of people since 2014. Already in 2017, over 1,000 migrants have died in the Mediterranean while trying to reach Europe by boat.

The Aquarius never acts alone. Before every rescue mission, the captain contacts the Maritime Rescue Coordination Center (MRCC) in Rome, which acts as a kind of marine control tower for the Italian transportation ministry. The Aquarius will start its mission once it gets approval from the Italian authorities.

Sometimes the MRCC contacts the Aquarius first to let them know about a boat in distress. However, the Aquarius’s crew has the right to refuse a mission in the case of extreme weather or risk of danger to its own personnel.

In general, the Aquarius picks up 100 to 130 people during each rescue mission, so it will reach its  maximum capacity of 600 people after about four or five missions.

According to members of the MSF team, most survivors picked up in the Mediterranean suffer from hypothermia and dehydration, no matter the season. That’s usually in addition to the hunger, fatigue, and seasickness caused by a gruelling sea voyage.

Many people also suffer from chemical burns from fuel. Jerrycans of fuel are stocked in the middle of these flimsy and crowded vessels, and migrants have to sit right next to them. Wind and sea swells often cause the cans to leak. When the fuel is exposed to seawater, it can severely burn the skin.

According to Elizabeth, a member of the MSF medical team “women are generally the first victims of fuel burns, since they tend to sit at the center of the boat, while men sit at the edges. The women end up getting severe burns on their bottoms, thighs, and genital areas.”

Translation from French by Avner Davis