From Border to Home: Finland's solutions to the refugee crisis

In 2015, when more than a million refugees fled war and poverty and landed in Europe, Finland had to deal with its own share of migrants. The country's architects have now developed interesting ideas to house asylum seekers. Start with a roof: Satoshi Ohtaki

The project was introduced by "From Border to Home," Finland's pavilion at the Venice International Architecture exhibition that ended in November 2016. According to the pavilion's website, the proposal involves using roof structures of future housing for temporary needs. The triangular structure of these houses minimizes material and assembly and is very stable. The pre-fabricated panels can be transported and assembled on site. The interiors are made of plywood while the external surface has waterproof sheeting.

These triangular structures are first set up to shelter asylum seekers and once they have settled, use the structures as roofs of new houses. The project tries to do away with the idea of "making temporary dwellings for temporary use" and its advocates claim that the approach could help governments and local authorities start investing in refugee housing. 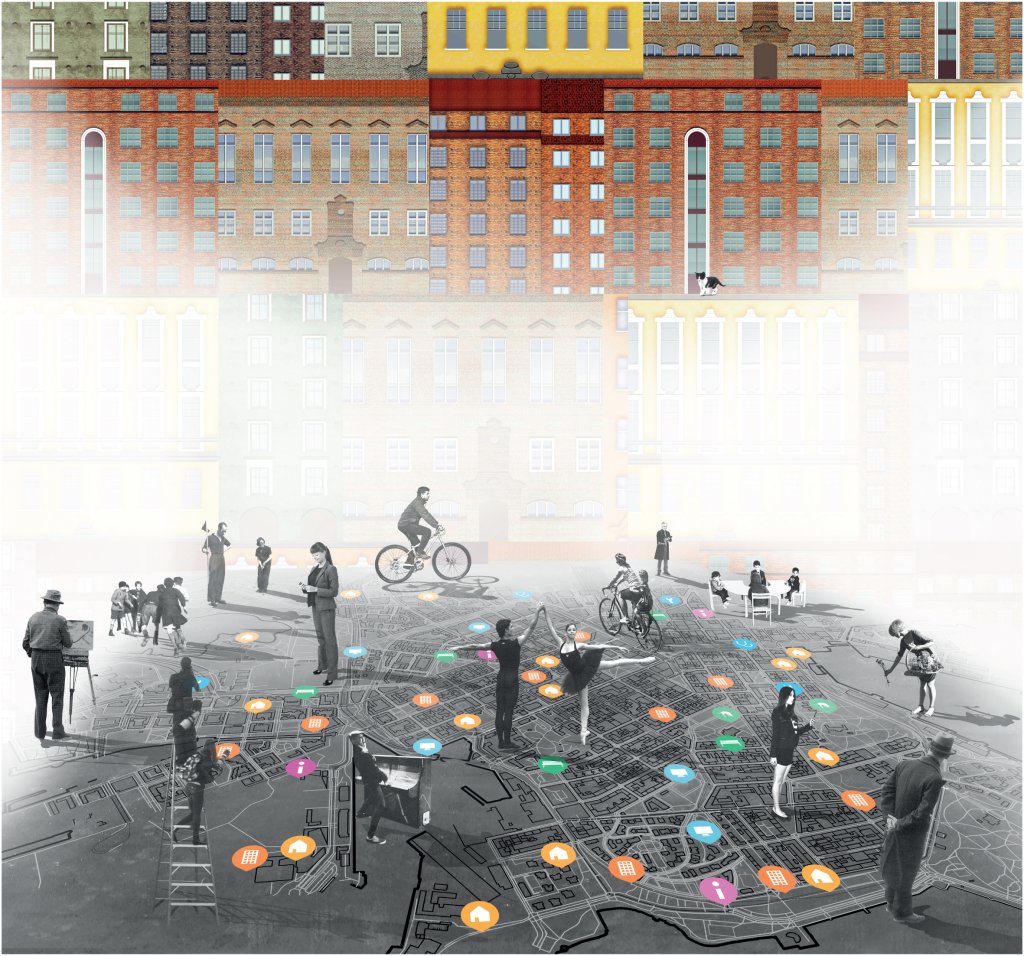 Society Lab is not just a physical architecture and design project. It is a platform that connects demand and supply. According to "From Border to Home," Finland has 300,000 vacant houses. Out of these, 28,000 are in the capital, Helsinki. Society Lab connects asylum seekers with vacant houses. This way, refugees are not segregated into refugee camps and can mingle with locals.

The project proposes that authorities fund the first 12 months of rent for the refugees. Asylum seekers, in turn, are expected to be active in learning the language, work and help out in education and school programs.

The creators of this idea believe that refugee housing needs to be part of our cities and should not be segregated. Donor apartments are the core of this idea, meaning, apartments of residents are furnished with an extra room, called an "embedded refuge." Residents would be offered a 25 percent reduction in rent. After about 6-12 months, the refugee is ready to move out and lead an independent life. 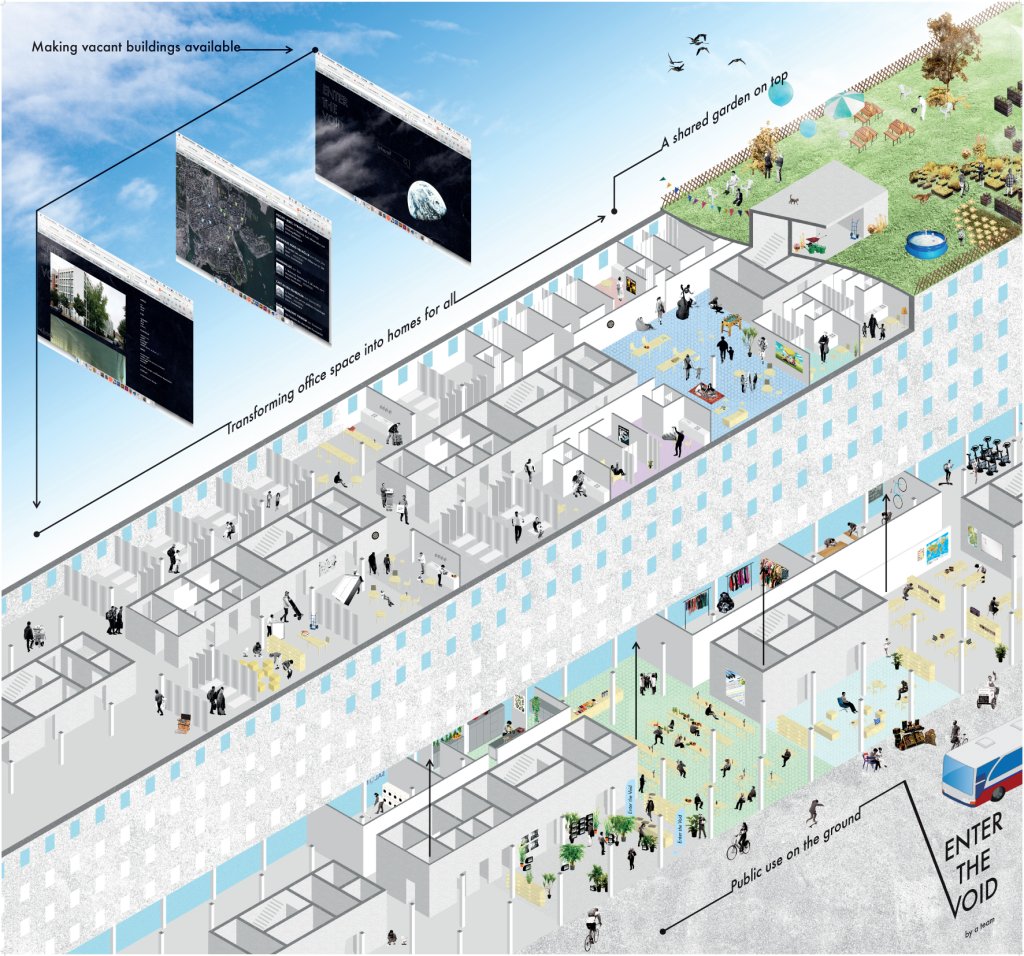 The project's initiators, Duy Tran, Lukas Beer, Ksenija Zdesar and Otto Beer believe that the primary goal of any refugee housing project is to respond to an asylum seeker's immediate needs, which also include encouraging integration with the local population. For this purpose, vacant office buildings are surveyed and officials help free up structures that could be adjusted for migrants' needs. Initially, individual apartments are developed and programs for children and adults are offered in different floors of the building. Slowly, the whole building has affordable homes and a roof garden allowing residents and refugees to mingle with each other. 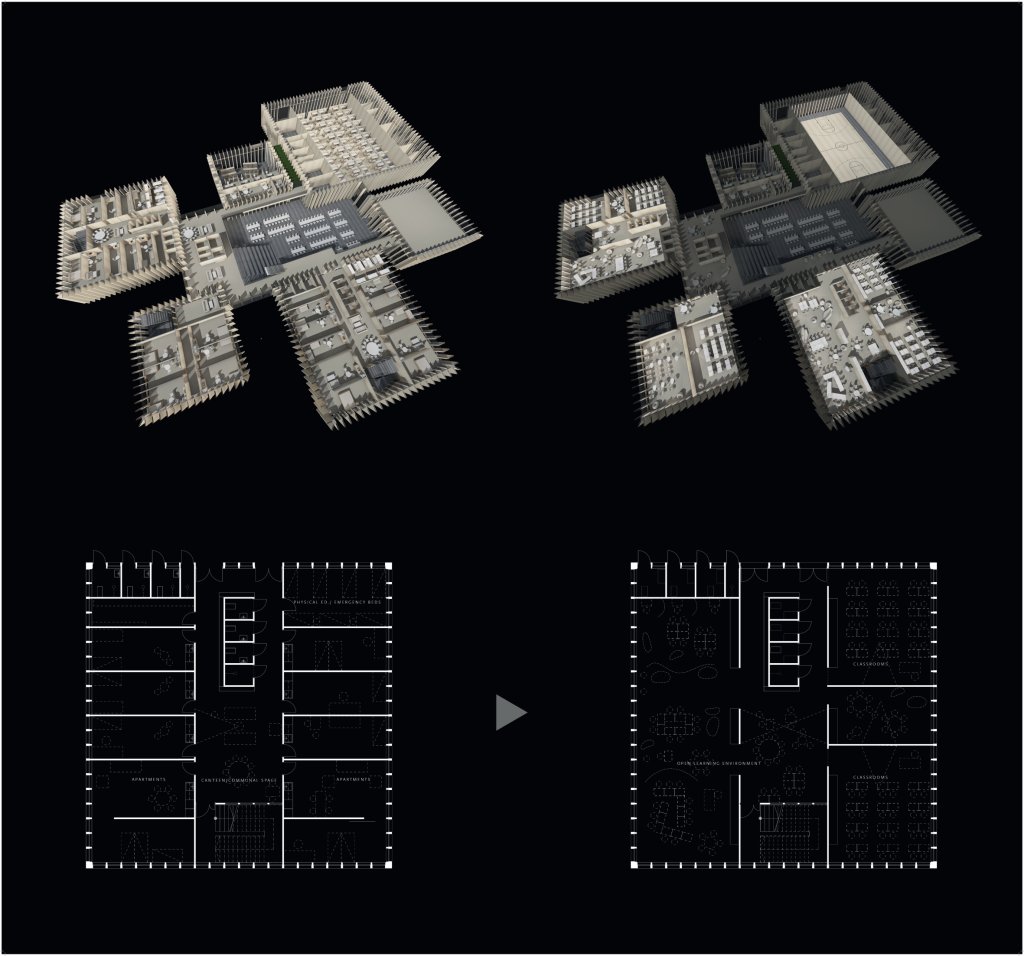 From Border to School

This project is yet another attempt to combine public buildings with temporary housing. The project's initiators feel that a long stay in a refugee camp is tough and inhumane and leads to further social exclusion of migrants. This problem is solved by addressing the physical condition of Finland's schools and daycare buildings. The idea is to phase the construction of buildings. In the first phase, refugees would move in and when they move into their apartments, the building would be completed for its final purpose : to serve as a school. 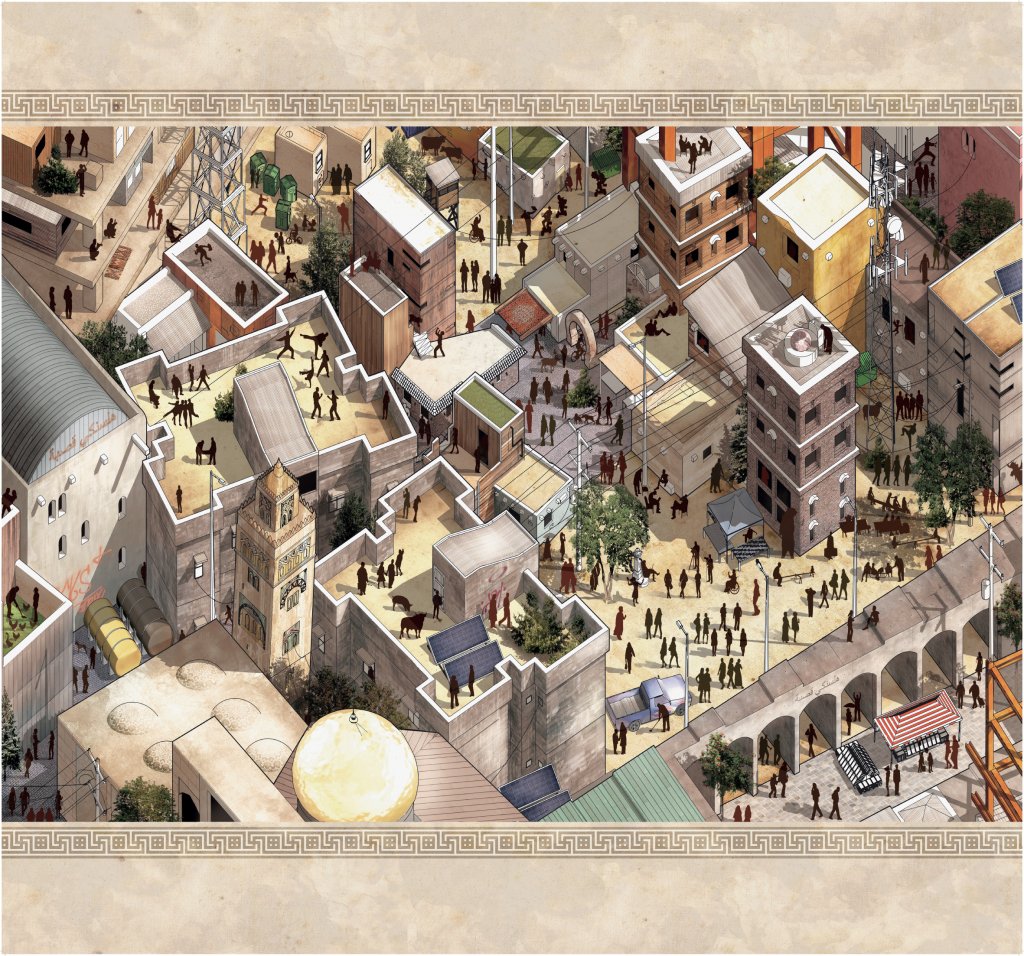 The project's initiators have a vivid idea of life in a Middle Eastern-style neighborhood, which they call a "Kasbah." They take into account that the refugee flow will continue well into the 2030s and that government funding for refugee housing will reduce. However, settlements will expand with the help of locals and schools, marketplaces and neighborhoods will emerge, culminating in refugees integrating with Finland's mainstream culture. These special neighborhoods would attract attention and foster art, tourism and business. The project is based on three principles: asylum seekers taking steps toward citizenship, hosts for refugees who offer a place in their backyards and a local entrepreneur who helps construct houses. The program aims at building small homes for asylum seekers, who learn how to build their own homes and in this manner, integrate with their hosts. This also opens up jobs in the construction industry.

You can read more about these projects on "From Border to Home."