Types of protection in Germany for asylum seekers

What can refugees expect when they apply for asylum in Germany? Here's a list of definitions, types of protection and residence permits that the federal state offers to asylum seekers.

Not all refugees entering Germany are entitled to asylum. But the asylum law offers different levels of protection for refugees, depending upon their country of origin and threat to their lives upon returning.

- "Asylum seekers," according to BAMF, are persons who intend to file an asylum application, but have not yet been registered by the office as applicants.

- "Asylum applicants" are persons whose cases are still with the BAMF and whose status has not yet been decided upon.

Here are the following kinds of protection that asylum applicants receive:

- Refugee protection: Often, the term "refugee" is used in daily conversation to describe people who have fled their homes and countries for safer areas.

However, according to the Geneva Refugee Convention, "A refugee...is someone who is unable or unwilling to return to their country of origin owing to a well-founded fear of being persecuted for reasons of race, religion, nationality, membership of a particular social group, or political opinion." http://www.unhcr.org/3b66c2aa10. A refugee could be unable to return to his country of origin because of the fear of being persecuted by state or non-state players, because of his race, nationality, political opinion, religious conviction and so on. 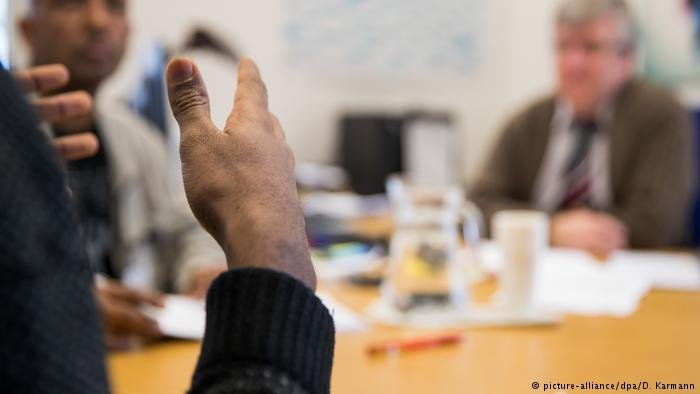 Legal rights: Legally speaking, a refugee is a person who has refugee protection once his or her asylum process has been completed. A "refugee" receives a residence permit for three years and could be entitled to a settlement permit for three or five years after the initial period, if he or she has acquired sufficient knowledge of German and can earn enough money to support himself or herself.

The person also has unlimited access to the job market and is entitled to privileged family reunification. This means they do not need to prove they have enough financial means to support their family, including spouse and minor, unmarried children.

- Asylum: The BAMF differentiates between a person with refugee status and a person entitled to asylum. A person receives asylum if he or she is persecuted on political grounds, is subject to serious human rights violations upon returning to the country of origin and has no alternative "of refuge within the country of origin." According to the BAMF, crises such as poverty, civil wars, natural disasters and so on are ruled out as grounds for granting asylum. According to the BAMF, only persecution by the state is considered as a justification for granting asylum, although exceptions can be made.

Legal rights: A person who receives asylum gets a residence permit for three years and after that, a settlement permit for three or five years if he can prove his German language skills and his ability to support himself. The individual can apply for jobs in Germany and bring his family.

- Subsidiary protection: An individual gets subsidiary protection when neither asylum nor refugee status can be granted and he cannot go back to his home country because of possible serious harm by state or non-state agents. These include imposition of the death penalty, torture or threat to life because of an international or domestic conflict.

Legal rights: a person with subsidiary protection gets a visa for one year, which can be extended by two years every time. If the person manages to secure his income and learn German, he gets a settlement permit for five years. He can apply for jobs in Germany but is not entitled to privileged family reunification.

- Ban on deportation: if an individual is not granted any kind of protection by the German government, he or she can remain in Germany under specific conditions. These include, if he or she faces a "concrete danger to life, limb or liberty" in the home country.

He or she can also not be returned if deportation constitutes "a breach of the European Convention for the Protection of Human Rights and Fundamental Freedoms (ECHR)," the BAMF says. Also, deportation could be delayed if the individual's return could cause serious diseases to become worse. However, the ban on deportation is not considered if the person can go to another country or if he or she does not cooperate with the authorities.

Legal rights: a person who has the right to remain gets a residence permit for a year, which can be extended. After five years, if the person has mastered the German language and can fend for himself, his permit is extended for five years. He can also be employed if immigration officials allow it, but do not have rights to get their families on a privileged basis.

Refugees are granted different kinds of visas or permits to stay in Germany, depending upon the decisions by immigration officials. Here is a list of permits for different refugee statuses. 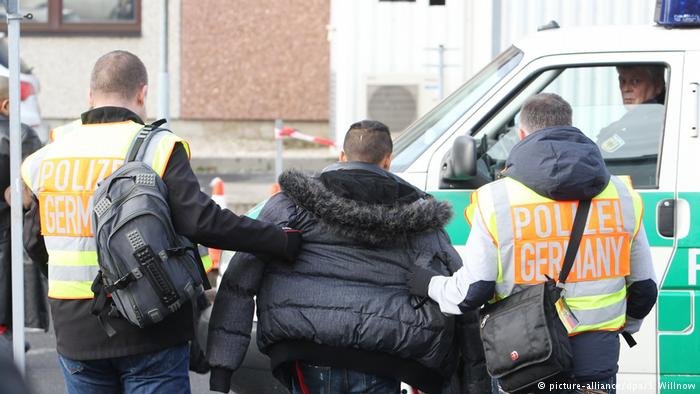 - "Aufenthaltserlaubnis" or residence permit: Depending upon whether a migrant is granted asylum, refugee status, subsidiary status or is banned from deportation, he or she gets a residence visa for one to three years. This can be extended to a long-term stay visa. People who have been granted asylum or refugee status can work in Germany.

- "Duldung" or "Bescheinigung für die Aussetzung einer Abschiebung" or tolerated right to stay: This status is granted to people whose asylum requests have been rejected, but who cannot be deported. These individuals however need permission from immigration officials to be able to work.

Protection in terms of asylum, refugee or subsidiary protection could however be denied if an asylum seeker has committed a war crime or a criminal offense outside Germany or is considered to be a risk to the security of the Federal Republic of Germany and constitutes a danger to the public.

For more information, refer to the BAMF page on types of protection for asylum seekers.