German organization prepares refugees to care for the elderly

Germany is facing a lack of medical care personnel for its aging population. One vocational school hopes to equip refugees with the skills to tackle the problem.

Eight refugee students are gathered around a dummy that looks like an elderly woman. An instructor tells the group that the dummy is named Frau Müller and suffered a stroke. Frau Müller is now experiencing pain in her mouth. One of the refugees is then asked to examine her to see what's wrong. "Her tongue has turned white. It's probably a mouth sore," one of the students said.

Every morning Monday through Friday, these eight refugees from Iraq, Afghanistan, and Syria learn the ins and outs of caring for the elderly at the Bonn Association for Healthcare in Western Germany (German: Bonner Verein für Pflege- und Gesundsheitberufe e.V.). They are participants in a six-month program called BeQuFa, which aims to help them enter the German job market as elderly care professionals and improve their knowledge of the German language.

Most refugees between 18 and 34 years old

According to government figures, Germany will have more than 23 million citizens over the age of 65 by 2035. The median age is expected to increase from 46 in 2017 to 51.6 years in 2050. Between 2015 and 2016, over 1.2 million asylum seekers came to Germany, the majority of them between the ages 18 and 34. The BeQuFa initiative aims to train these recently arrived asylum seekers to assist Germany's aging population.

"It would be smart to give refugees a chance. There are not enough young people who work with the elderly," Birgit Schierbaum, spokesperson at the organization said. "Refugees want to work and nursing care is a career that has good opportunities for advancement."

"The group is highly motivated. The male and female participants also support each other throughout the program," Shilan Fendi, the project's director told InfoMigrants. She instructs the courses and prepares the refugees to work with the elderly through guided simulations, often with props like Frau Müller. The program also includes a one-month internship at a hospital or medical unit which participants have to do. Fendi assists the refugees in finding a place. The participants in the program come from a variety of backgrounds and have studied nursing and related fields in their home countries. Take 27-year old Rami Bazi, for example. He studied physical therapy in Afghanistan and worked in the field for three years but decided to flee a year ago due to the fighting between the Taliban and other groups there.  "My brother and many of my relatives died," he told InfoMigrants. He made a month-long journey through Pakistan, Iran, and Turkey before crossing the Mediterranean on a boat. Germany was his final destination.

Although Rami had years of experience in Afghanistan working in physical therapy, that did not qualify him to work in the health care field in Germany. Many refugees are facing this problem: their qualifications are not recognized by German institutions. Finding a proper job can take years and requires additional certifications and training courses. Rami decided to enter the BeQuFa program to give him a chance in the job market. 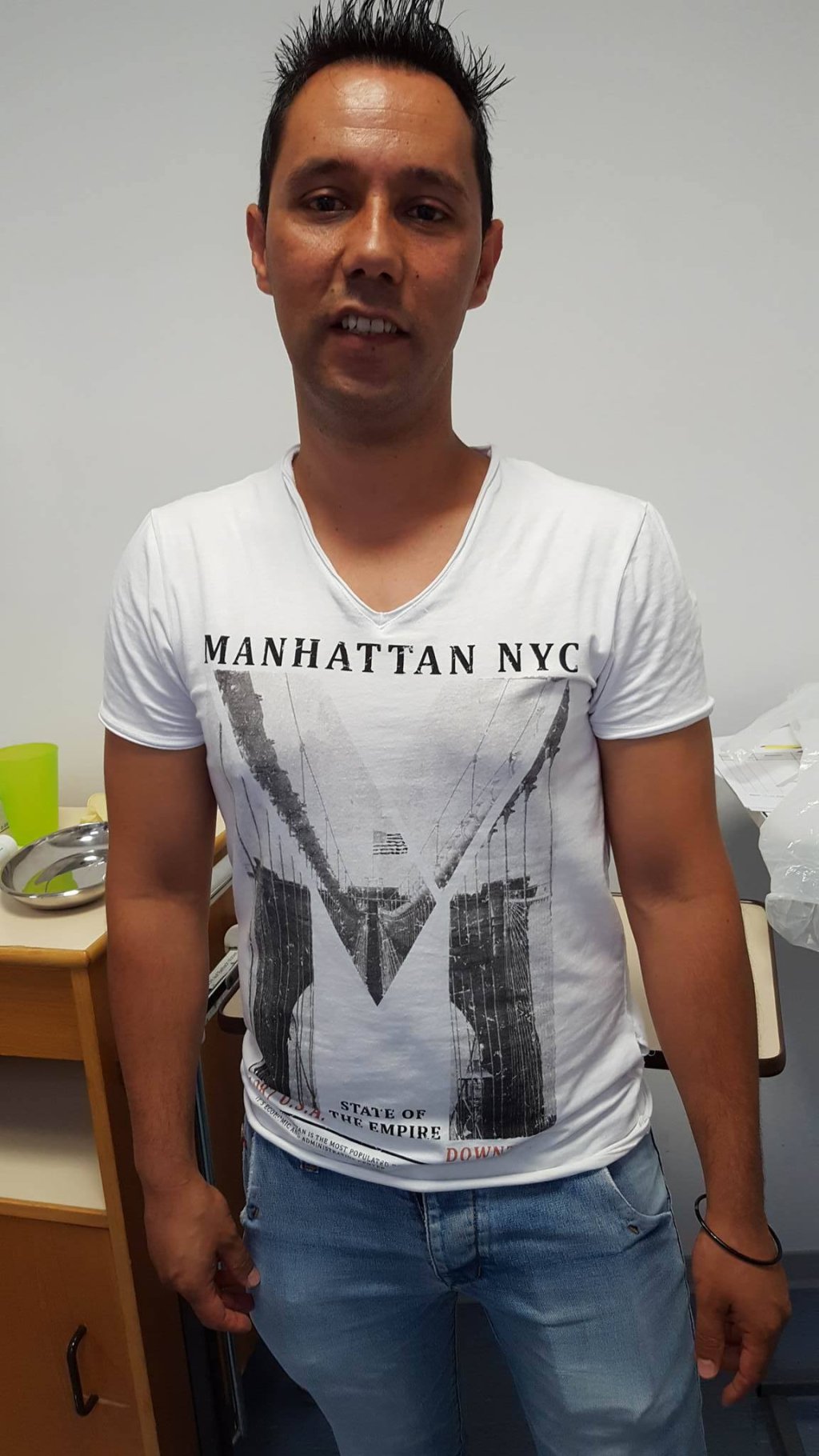 Fendi noted that many of the refugees have a difficult time understanding why their qualifications and experience are not recognized in Germany. Many of them want to jump into the field they worked in back home, but may not realize that Germany demands special qualifications to enter fields such as nursing or geriatric care. By attending the BeQuFa program the refugees will be able to get their diplomas recognized during their courses - but only if they can present a paper copy of the diploma. Others may have to start from scratch and do more training beyond the BeQuFa program to be able to work.

For Rami and the rest of the group, courses will run throughout October. The BeQuFa program may be continued into the future. It may also include refugees who have no former training in healthcare. The program is funded by a promotional initiative from the German government called "Integration through Qualification."

Rami Bazi hopes that the program will not only give him a way to enter the German job market, but also to be accepted by German society: "I hope Germany will accept me and hope to work for the German people."