Germany and Austria's interior ministers have accused private initiatives to save refugees in the Mediterranean of intentionally working with people smugglers. The accusation has sparked outrage and may not even be true.

Austrian Interior Minister Wolfgang Sobotka has called for legal "punishments" for NGO workers who pick migrants in danger of drowning out of the Mediterranean.

Those sentiments were seconded, in less direct form, by Germany's conservative Interior Minister Thomas de Maiziere in a separate newspaper interview. He cited Italian accusations that NGO rescue boats concealed their transponder positions from coast guards and turned on their lights to give boatloads of refugees a "goal."

The NGOs in question were outraged at the two interior ministers' remarks. In an email, the German organization Sea Watch called the accusations part of a "campaign of defamation."

"We don't want to let ourselves get turned into a plaything for European interior and foreign ministers, whose statements repeatedly make for headlines about ocean rescues and human traffickers," Sea Watch spokeswoman Theresa Leisgang wrote. "More NGO boats means fewer dead - that's all there is to it."

Doctors Without Borders also said in a statement that there wasn't "a shred of evidence" supporting de Maiziere and Sobotka's claims.

The charge that NGO rescue ships, intentionally or not, help encourage would-be migrants to attempt the treacherous Mediterranean crossing in overcrowded and unseaworthy boats isn't new, but it has never been leveled so directly by such high-ranking government representatives. Italy, where the vast majority of those rescued at sea are taken, drew up a controversial code of conduct for NGO sea rescuers last week which also implied that they, willingly or not, were abetting the people traffickers. And the EU wants to restrict the sale to Libya of the sort of boats typically used for crossings. 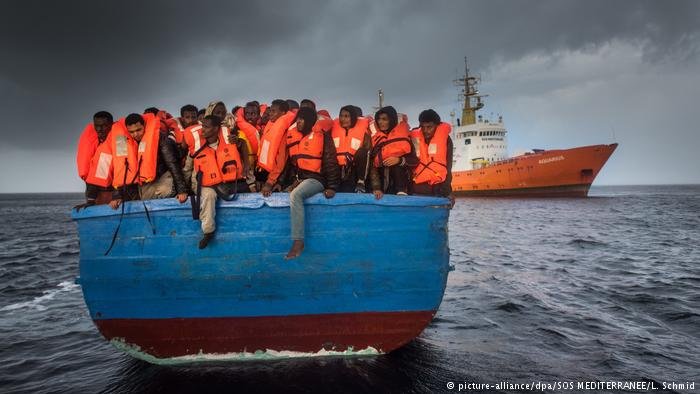 Pulling people to Europe or merely out of danger?

Some 90,000 migrants have arrived in Italy by sea this year, according to the United Nations. The Italian Defense Ministry has compiled statistics showing that the proportion of refugees rescued at sea by NGOs went from 0.87 percent in 2014 to 26.23 percent last year.

Europol's European Migrant Smuggling Centre told DW that there are currently "no cases with an NGO involvement at the core of the investigation." But spokesman Jan Op Gen Oorth added, "We cannot exclude that organized crime gangs involved in migrant smuggling assume that migrants will be picked up by NGOs very close to the shore, rather than sail all the way to Italy and that the migrant smugglers take advantage of this."

The European border control agency Frontex has advanced the idea that the presence of NGO rescuers has created a "pull effect" encouraging would-be migrants to try their luck and are thus indirectly abetting people smugglers. But anti-human trafficking groups like La Strada in the Netherlands, which isn't involved in ocean rescues, say that they see no direct connection between the number of rescue boats and people risking their lives to reach Europe.

"There are far more factors at work," La Strada International Coordinator Suzanne Hoff told DW. "People leave because of what's going on in their countries of origin."

That view is supported by recent academic research. 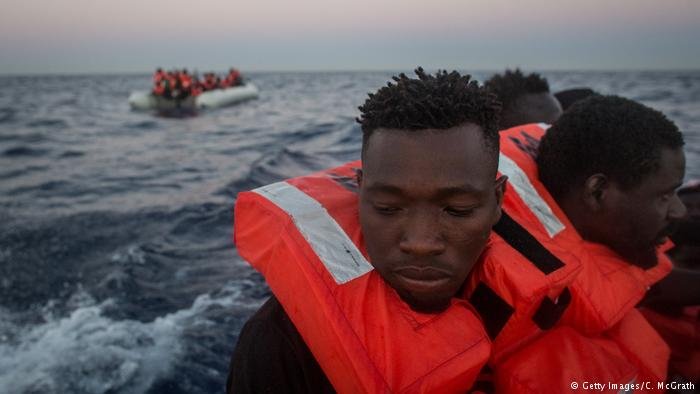 A study published last month by Goldsmiths College entitled "Blaming the Rescuers" disputes the idea of a pull effect and the notion that rescuers are inadvertently making crossings more dangerous. The report says that belief has created a "toxic narrative" discrediting NGO search and rescue missions.

The study acknowledged that the number and danger of Mediterranean crossings, as well as the number of deaths and mortality rate, increased from 2015 to 2016, but finds that none of these trends was causally related to the activities of NGO missions.

Statistics show that attempted crossings from northern Africa were on the rise before the increase in NGO activities.

They also demonstrate that crossings were already getting more dangerous because of a change in the human traffickers' strategy in response to governmental anti-smuggling efforts and deteriorating conditions in Libya - although NGO activities may have encouraged smugglers to consolidate those tactics.

"NGOs were not the cause of increased crossings and shifting smugglers' tactics, but were rather a fundamental civilian response to a dire situation that was not of their making," the report concluded.

Blowback from NGOs and the opposition

Video footage of NGO rescues highlight the dangers involved in the Mediterranean crossings.

The Goldsmiths report takes European leaders to task for failing to address the conditions in northern Africa that cause people to migrate and urges those people be given legal avenues for migration. That's a point also made by the NGOs.

"We think that if you give people more rights, more information and more chances to legally migrate, then you actually prevent human trafficking," said Hoff.

"The human trafficking problem starts on land," UNICEF spokeswoman Sarah Crowe told DW. "When the migrants are at sea, it's already too late."

Politicians from the other parties in Germany vehemently rejected de Maiziere's statements. Social Democratic chairman and chancellor candidate Martin Schulz tweeted that he didn't want to see the Mediterranean turned into a "mass grave."

The opposition was even more scathing. Jens Korte of the Left Party condemned what he called "organized European state failure" and said that if de Maiziere "had problems with aid organizations saving people from drowning, he should ensure that state institutions do it."