Security expert Bruns: 'There should be a European naval aid unit'

Europe is divided over the refugee crisis and there is no unified approach in response, says Sebastian Bruns. According to the security expert, a joint naval aid unit could provide an opportunity.

Deutsche Welle: Looking at the map, there's Libya as a failed state on the one side and Italy overburdened with refugees on the other. Can you describe the risks that are created in this part of the Mediterranean Sea?

Sebastian Bruns: The area between Libya and Italy is one of the narrowest parts of the Mediterranean. It is the main route for illegal migration where smugglers and trafficking networks operate, and desperate people from Africa and Asia cross over. When the Balkan route was closed, migrants started looking for alternative routes, which they found here. The EU-run naval mission Sophia is also active in this part of the Mediterranean, increasing chances of rescue and survival.

Why is the area so difficult to control?

One of the main issues is the sheer size: The area that "Sophia" patrols is about as big as Germany. There are between six to eight vessels operating as part of the mission in addition to private rescue organizations. But this is not enough. You can only cover an area of this size by providing more aerial coverage than currently is available. You need additional aircraft in order to coordinate this. This is a difficult endeavor. And at the end of the day, you also need the political commitment to a permanent presence. But Europe is divided over the refugee crisis. There is no integrated European Coast Guard; various coast guards and the marine units are all still national entities. Frontex does finally have a maritime mandate, but the problem is the second-rate treatment that the EU border protection agency receives from EU-member states, as it does not have its own large vessels or planes. 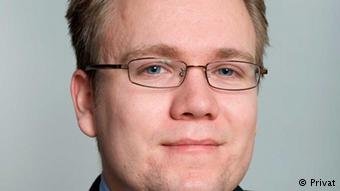 Italy has announced to block the extension of Sophia, calling into question the mission itself. What has to happen next?

The root causes of migration have to be addressed on the ground; there is no way around it. All the efforts produced by the marine units, private NGOs or Frontex are merely fighting the symptoms. Libya needs proper structures that prevent smuggling networks from operating. And further south, the root causes of migration also have to be addressed. That's a task for an entire generation to deal with. But Europe only wants to deploy limited resources.

On the one hand, there is a willingness to implement a 'Marshall plan' for Africa, which I am skeptical about. On the other hand, European forces are also needed elsewhere. There are many other hotspots, not only because Russia is acting in increasingly belligerent ways since 2014.There is Syria, the eastern Mediterranean, the north Atlantic, the Baltic Sea, and Antarctica. I think Italy's attempt to block Sophia is partly an act of despair.

What ideas are there for alternative measures that could increase maritime security?

First of all, there is the European Union Border Assistance Mission (EUBAM) in Libya which has been training the Libyan Coast Guard since 2016. This involves apprenticeship training for maritime sailors. However, equipment, ships and training are also needed, and it remains extremely difficult to create a national coast guard in Libya because of the situation with the warlords, which creates different, opposing forces that mistrust and fight each other. And it is not enough to create a functional coast guard; you also need port police, prosecutors, courts, everything that makes up "good governance." This is a monumental task as well.

Secondly, there should be a European naval aid unit for this part of the Mediterranean. I proposed this idea in an article once. What I mean by that is that countries have to stop sending ships and destroyers individually and join together their efforts instead. All EU-countries should participate with coast guard ships, water police, and smaller units - the kind of units that don't necessarily need to be equipped to hunt submarines in the Atlantic. It would take some of the burden off of European naval forces. Private rescue missions could also be involved in this naval unit, which would help advance the integration of civilian, military and police forces. There are many proposals concerning Libya and this part of the Mediterranean, but they need to be tied together. Such a naval aid unit could possibly be a step forward.

You are proposing a unified naval aid unit. How can it be put into practice?

I suggest we finally follow up on the idea of a European coast guard. We need an integrated structure where police, military and civilian helpers can collaborate and coordinate. We also need the political backing for this. For the EU, this would provide a chance for further integration. But this also requires a certain level of honesty when addressing the tasks and purposes of this unit. We can no longer dodge the question of how we want to proceed in this area of maritime security. But such a European coast guard is definitely a first step to take.

Dr. Sebastian Bruns is head of the Center for Maritime Strategy and Security at the Institute for Security Policy at the University Kiel.