Germany's Office for Migration and Refugees says a series of tech upgrades will help it avoid the near comical mistakes of the past. At the same time, it admits that hardware can't replace human evaluation.

No more Franco A.'s - that's the motto at the Federal Office for Migration and Refugees (BAMF). The case of the Bundeswehr soldier and alleged right-wing extremist who successfully passed himself off as a Syrian refugee was a major embarrassment for the BAMF last year. But officials say a new battery of identification technology publicly presented earlier this week will prevent any repeats of that sort of fiasco.

The centerpiece of the new gear is so-called "language biometrics" software capable of analyzing dialects as a way of determining an individual's true place of origin. Officials claim that it is one of a kind in the world.

"To state the matter clearly, with it, we would not have had Franco A.," said the government's refugee management commissioner Frank-Jürgen Weise at the unveiling ceremony. "We would have recognized that this sort of French isn't spoken in Damascus. And we could have asked him: Why are you telling us this?"

"It's completely new and state of the art - the most modern technology available," said BAMF information technology head Markus Richter.

Other new technology includes software for comparing biometric photo images of asylum seekers - in the past, a handful of refugees have registered multiple times with authorities and collected multiple benefits.

And there's a computer program for transcribing Arabic names into Roman lettering in standardized form - transliteration confusion became a problem in the case of the Christmas market bomber Anis Amri, who was known in Germany by a variety of names.

The technology was tested out at the BAMF Arrival Center in Bamberg, which handles new asylum seekers for the state of Bavaria. Proponents are keen to see it used nationally.

"I expect the technology to be introduced quickly to all of Germany's 16 federal states and recommend that my fellow interior ministers adopt the experiences of the model project in Bamberg," said Markus Ulbirg, the Interior Minister of Saxony and the chairman of the German interior minister conference.

The new technology is part of an integrated biometric identification using so-called "personalization infrastructure components" that included fingerprinting. The BAMF is keen to present it as a way of preventing abuse of the system and streamlining the asylum decision-making process in the interests of both accepting and turning away would-be refugees.

At present, decisions on asylum cases take far longer than the official government target of three months. Applicants go through lengthy interview processes with so-called "deciders," who pepper them with questions about the places they say they're from and their identities in an effort to uncover inconsistencies.

Governmental authorities hope better IT will speed up the process, but critics are skeptical. 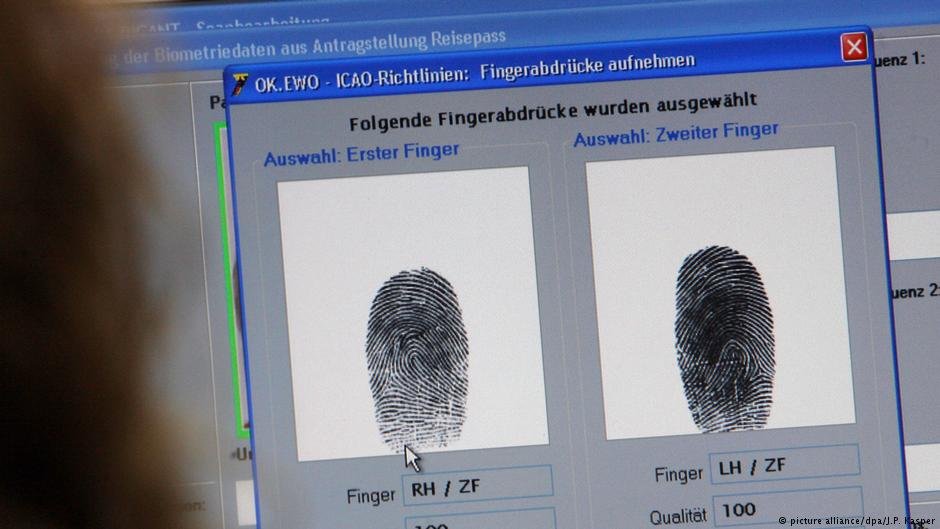 Detractors doubt whether the new technology will do anything to combat the shortcomings in the system that became evident in the cases of Franco A. and Amri, whose asylum application had already been rejected when he launched his attack.

"[In the case of Amri] it wouldn't have made a difference," the data policy spokesman of the Pirate Party, Frank Herrmann, told DW back in May. "As for Franco A. - he never even spoke Arabic, only French. It's really nonsense, this software."

Worries have also been raised about the quality of the language recognition software. It's related to that used in the banking sector, which has often been criticized for being prone to mistakes.

Proponents say the new technology is intended to supplement, not replace human evaluation.

"We call these things 'assistance systems' for a good reason," Weise said. "So that it's clear that they give deciders indications that they should question a given individual more thoroughly."

"Like all the tools, the language recognition software is an additional source of information that can be used to uncover inconsistencies," Richter concurred. "It's important to stress that tools are only an aid for the deciders."

In any case, the time required to process asylum applications should drop on its own as fewer and fewer people try to get into Germany. On Wednesday, the BAMF said 90,400 people had arrived in Germany in the first half of this year. That's well down from the 226,058 in the first six months of 2016.