Thousands of migrants in Serbia are waiting to cross the border into EU-member state Hungary. Their fates depend on informal “waiting lists” that determine the ten candidates permitted to leave Serbian territory per day. But the opacity of the system leaves ample room for irregularities.

With a late-July heat wave beating down on the Serbian capital of Belgrade, the corridors of the Krnjaca reception center - the only air-conditioned spaces in the area - have taken on a life of their own.

Everyone in this reception center on the outskirts of Belgrade is killing time, waiting to cross the border into Hungary. It is from these centers, spread across Serbian territory, that authorizations to cross the border are delivered -- in a slow drip.

Hungary allows ten people a day to cross its border. On weekends, public holidays and during vacation time, it is closed completely. This means a prolonged wait for the estimated 6,000 migrants in Serbia. On average, a family has to wait around a year before crossing the border into Hungary. Single men have to wait at least four years.

The circumstances are ripe for corruption, and the failure of the Serbian authorities to forcefully act on increasing reports of irregularities is making the situation worse. Hard cash is easing the crossing of the border these days, with some people taking advantage of the weariness and sheer desperation of the migrants.

This happens thanks to the existence of mysterious lists.

Established by leaders of the Afghan, Iraqi, Pakistani and Syrian communities present in the 18 reception centers in the country, these infamous lists bear the names of all the candidates for the border crossing. The same lists are then presented to the Hungarian authorities, who then decide whether or not to allow the candidates entry into their territory.  Serbian officials, however, are reluctant the lists discuss due to their illegality.

‘They paid 1,200 euros per person to leave quickly’

At the rate of ten selected candidates per day, the first places on the lists are expensive. Ali Reza* has been in Serbia for nine months and, like many others, is expecting his family to be allowed into Hungary. In other words, he is waiting for his name to appear at the top of one of the waiting lists.

This Iraqi Kurdish father of three children witnessed how the corruption works, but he is reluctant to talk about it. After much hesitation, he finally reveals how he saw a family arrive at the Krnjaca centre after him and yet managed to cross the border before him. "They paid 1,200 euros per person to leave quickly," he says. It’s difficult to know exactly who is extracting the money and where it is finally landing. Reza, like many others here, is afraid of losing his place on the waiting list if he says more.

In theory, families with children and unaccompanied minors are given priority. The others "are listed in order of arrival," explains Ivan Miskovic, spokesman for the Serbian Commissariat for Refugees and Migration. While Miskovic is aware of the existence of these illegal lists, his discourse remains focused on how they are an "excellent" means of regulating the migrant flow. The Serbian Interior Ministry declined to respond to InfoMigrants' questions. 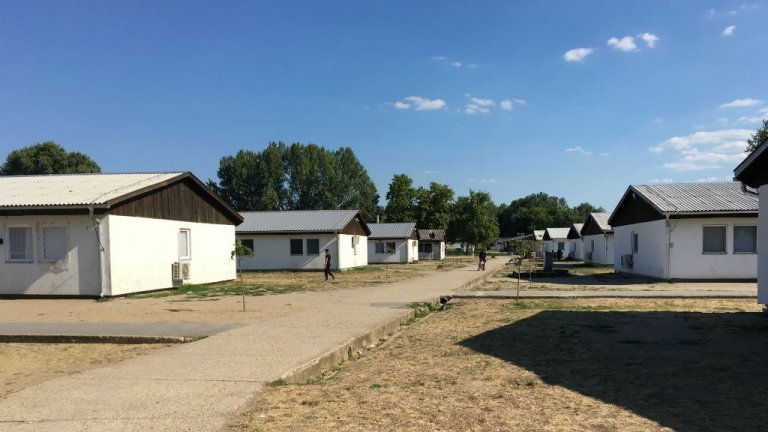 Today, it is often necessary to pay more than 1,000 euros to get a good place on a waiting list. Last June, several migrants including Reza and his family tried to denounce the trafficking practice by demonstrating in Belgrade. "The police told us, if you have any evidence, show us, or else, go back to the camps," recounts Reza.

Anja Stefanovic from the Belgrade Centre for Human Rights voices her incredulity. "The Serbian police is in charge of security in the reception centers for migrants. If such practices exist, they have to be aware of them,” says Stefanovic.

But launching a campaign against a system of corruption without tangible proof is not easy.

For Stefanovic and representatives of Hungarian NGOs across the border, the main problem is the unresponsiveness of the Serbian government. Belgrade leaves it up to Budapest and the leaders of the Afghan, Iraqi, Pakistani and Syrian communities to examine the lists and screen candidates. "An inquiry has been opened by the European Commission on how Budapest welcomes migrants. When the commission investigators will question the Hungarian authorities about these infamous lists, which officially do not exist, Hungary will deny their existence,” predicts Andras Lederer, information and advocacy officer at the Hungarian Helsinki Committee, a Budapest-based human rights group.

For Lederer, the opacity surrounding these waiting lists also reflects the lack of transparency in the reception and asylum process in Hungary.

Once they cross the border into Hungary, migrants do not dare reveal the details of how they made it through. Most of them are afraid it would affect their asylum claims in Hungary or their chances of carrying on their journey to other EU countries.

Between January 1 and July 1, 2017, 321 asylum seekers were granted protection in Hungary, of which, 46 were granted refugee status and 275 others placed under subsidiary protection. In the first half of 2017 alone, 2,417 files had been rejected, according to the Hungarian Helsinki Committee.