Ventimiglia: a bottleneck for migrants

Anti-migrant sentiment has been rising in the Italian town of Ventimiglia. Hundreds of migrants in the hopes of crossing into France remain stuck there, and the local population feels encroached upon. Like many other EU border towns, Ventimiglia is a place where many migrants’ hopes get shattered.

Three weeks ago, Ventimiglia locals marched in the main street, carrying a large banner that read “BASTA!!!” (“enough!!!”). They were protesting against what they regard as a growing threat to their security and their well-being – the ‘migrant situation’.

They are fed up with hundreds of migrants waiting in and around the city premises, of informal camps and of headlines about migrants being returned to Ventimiglia by the French police. The mayor, they demanded, should “restore legality and hygiene through a series of ordinances against loitering and alcohol consumption”, or else resign, as ANSA reported. 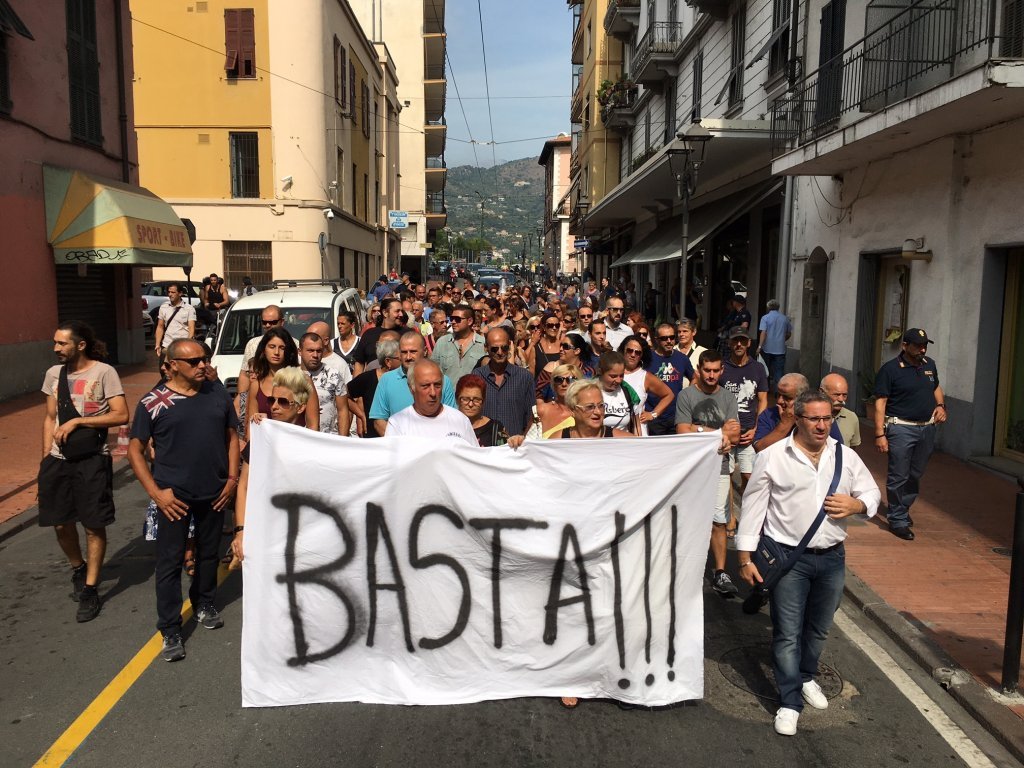 Fate of migrants in border towns

It’s not a new phenomenon. Migrants have been stuck in Ventimiglia on and off for years. The border town is a well-known crossing point between Italy and France, nestled in between the summits of the Alps at the foot of the Roha valley.

In 2011, when more than 26,000 Tunisians sought refuge in Italy following the unrest in their country, disputes between France and Italy ensued over the issue of border crossings. Tunisians were issued temporary residence permits in Italy with which they could travel to visit relatives in France. But trains with Tunisian passengers were stopped and returned, and border patrols were set up by the French in fear of illegal immigration – the first ones since the Schengen agreement travel-free zone. Since then, controls have increased, and migrants camping in the countryside waiting to cross illegally have become a common phenomenon.

Now in 2017, migrants find themselves at even greater odds. Over 99,000 migrants have arrived in Italy by sea this year alone, and thousands wish to escape dire conditions and travel further north to apply for asylum in other countries. But even with papers in place, they have little chances of being granted asylum elsewhere due to the Dublin regulation. Attempted illegal border crossings are therefore rampant.

Migrants try the crossing in different ways. There have been accounts of unaccompanied minors climbing the so called Death-Pass, the rocky mountain range connecting Ventimiglia and Menton in France. The hike can be fatal and involves climbing a fence on the border line. Other migrants try walking through car tunnels or jumping on freight trains that pass near the migrant reception center in Parco Roja. 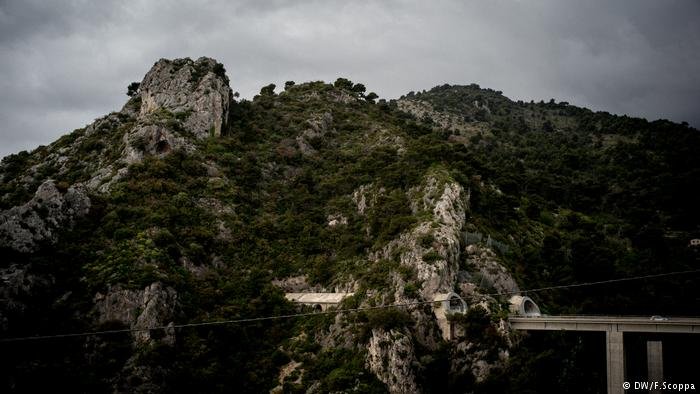 France closed its border to Italy again in early 2017 and has multiplied checks at the border. Drones, searching cars and dogs were also deployed. According to Open Migration, 8 migrants have been killed in the attempt to cross the border since September last year.

The Red Cross runs a facility center in an old railway yard outside Ventimiglia that currently accommodates about 300 migrants. About one hundred women together with children under the age of 16 have found shelter in the Church of S. Antonio in the neighborhood of Gianchette.

300 are believed to be sleeping rough along the Roya River banks. In June, the municipality of Ventimiglia ordered the evacuation of that area, driving hundreds of migrants to abandon their camps only to be caught by French authorities and be returned to the hotspot in Taranto, Italy.

The chances of crossing into France or other affluent European countries are slim, and in light of policy maker’s efforts to stem migration flows in African countries already, a decrease in border controls remains unrealistic.