The Vial detention center : a vision of hell in Chios

Barbed wire as far as the eye can see, an expanse of white housing containers in the midst of a sparsely green Mediterranean landscape, long scorched by the sun. Welcome to the Vial refugee camp in the center of Chios Island, far from the city, the sea, far from the eyes of locals. About 1,500 migrant men, women and children inhabit this realm of gates and metal plates. The number of refugees living here doesn’t come close to the 4,000 currently residing on the neighboring island of Lesbos, but conditions on both locations are equally deplorable.

Here, too, the camp is littered with garbage and filth. The smell in places is unbearable. Here too, the complaints of the mostly Syrian residents about the contempt, even the abuse, of authorities, are legion.

Vial detention center, run by the Greek government, is one of the country's five "hotspots" (migrant registration centers), where authorities determine who is an economic migrant and who is a political refugee. Many have been stranded there since the refugee deal between Ankara and the European Union, which allowed for the systematic return of migrants to Turkey, came into effect in March 2016. 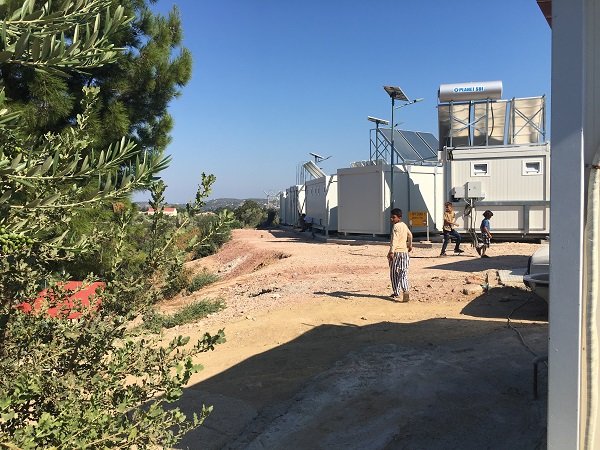 The daily routine of migrants in Vial consists of waiting and confinement because the "sorting" process takes time. Administrative procedures must be carried out at the hotspot, during the operating hours of the small information office at the entrance of the camp, overrun by the camp population.

'We are left to ourselves here'

Najah has been waiting for information on family reunification since her arrival nine days ago. "My husband is in Germany," says the Syrian mother of five. "I just want to talk to someone about what to do, but I never see anyone." Nouroz complains of medical issues. "It's been nine days since I got to Vial and I have been asking to see a doctor since the first day because I'm sick," she says. "But no one answers. We are left to ourselves here, even NGOs are scarce."

Sony, a Cameroonian migrant, tries to look for a silver lining. "At least we can do what we want, there's hardly anyone who comes in to talk to us. Except the police, but they prefer to hit." 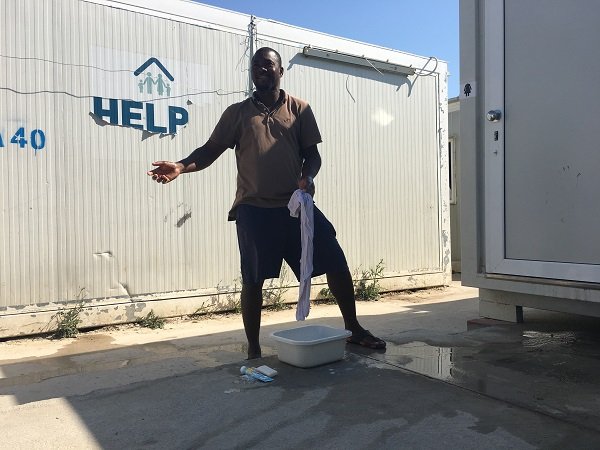 During the two hours InfoMigrants spent at Vial, the Greek authorities were invisible. The information office closed at 2 pm that day. Security guards were nowhere to be seen, yet many women feel threatened and demand more protection. "Every night, there are fights between Afghans and Arabs, between different ethnic groups," says Nouroz. "I'm afraid that something will happen to my daughter. I don’t always let her out." Najah echoed her: "It's hell here. We don’t even dare go to the showers, because they're next to the men's. We're always on alert. We never feel safe. This is not a place for families like us."

The camp's location adds to the anxiety. "We're in the middle of nowhere. There are only hills around us. I don’t like being cut off from the world," another migrant says, carrying a basin under his arm on his way to wash his laundry. "It’s not good, what happens here."

'Don’t be fooled by the calm you see'

The atmosphere is calm during the day. At noon the men rest, and children sleep outside in the shade of the containers on carpets of dirt, the air too stifling in the shelters. There is little noise, despite the thousands of residents. 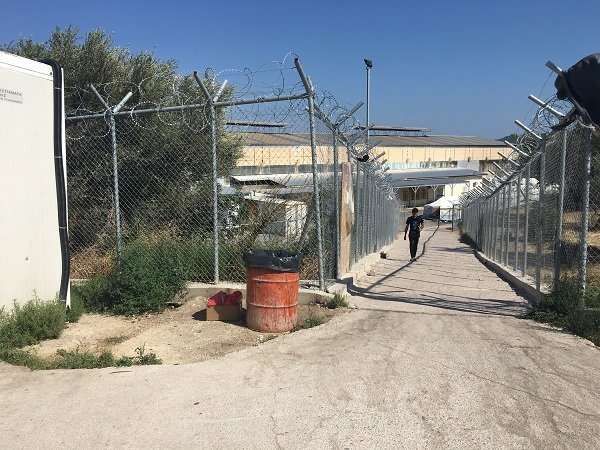 "Don’t be fooled by the calm you see. Wait until 5 pm ..." says Jules, a Nigerian who has been granted refugee status but who came to visit his friends. At 5 pm, a municipal bus comes to pick up people who want to go into town for a walk or to run a few errands. The Vial-Chios shuttle operates once or twice a day. "When the bus arrives, people go mad, they fight to get inside. The police have to intervene, and they get violent ... Almost every time, it gets so bad that the bus doesn’t take anyone and leaves empty."

Closure of Souda, the second camp on Chios

The bus also serves the Souda refugee camp in the center of Chios Town. Souda, home to about 300 people, is the second camp on the island. It is scheduled to close by the end of the year, because the Greek government wants to consolidate all the island’s migrants in one place - at Vial. The possible closure and consolidation is thanks to the EU-Turkey deal, which has helped reduced the influx of migrants in the past year.

"There were more than 1,000 at the height of the crisis; there are just over 300 today," said Evgenia Spirou, the director of Doctors of the World (MdM) for the camp. Neither the government nor the NGOs worry about new arrivals anymore.

"There are only men left here in Souda. The vast majority of the women and children have already been transferred to Athens," Spirou said. All the migrants on Chios will soon be invisible to the island’s inhabitants. In the final months before its closure, the atmosphere in Souda is different from that of Vial. Here, the migrant’s excitement is palpable. Their aggression, too. Some residents, visibly drunk, provoke and insult journalists. Others simply ignore them. 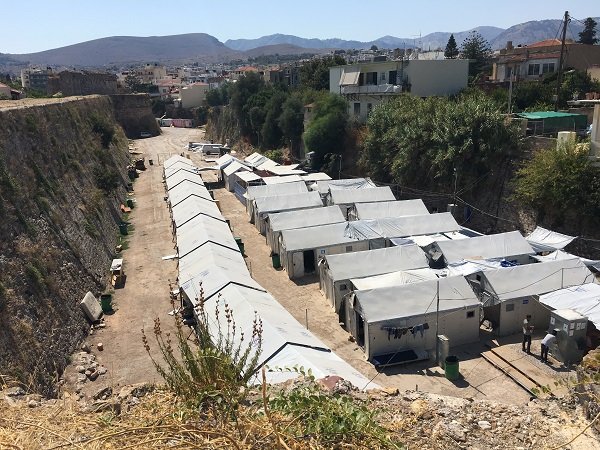 'So many people in an enclosed space; it can never work'

Like Vial, the Souda camp has its share of problems: drug trafficking, fighting and gangs settling scores, explains Spirou. "Sometimes they aren’t even aware of what they’re doing. They are so drugged up they don’t realize anything ...," says Ousmane, a doctor working with MDM who conducts consultations in his medical container at the camp’s entrance.

The migrants living there also describe a negative atmosphere. "The Arabs and the Africans here don’t get along. There are always problems. There are three to four fights a week," says Maréchal, a Cameroonian about 20-years-old who ended up in Greece after refusing to try to get to Europe through Libya. "I'm wondering what will happen when we're all in Vial. It's could be explosive. We've heard it's worse than here, over there."

Marshal fears the transfer to "hell Vial" but is resigned to it. "There's no choice. Here or there, it will be the same drama in either case,” he says, finishing washing his figs at the entrance to the camp. His friend Marcel, also Cameroonian, agrees. "When you put so many angry, frustrated people, together, in an enclosed space, it can never work ..."