What are the challenges in providing adequate mental health support for refugees in Germany?

Every second refugee suffers from psychological distress and every one in four needs an expert's counselling. However, linguistic and cultural barriers, and targeted initiatives make access to mental health difficult for the newcomers in Germany.

The story, explains the professor of psychiatry at Charité in Berlin, helps illustrate one of the challenges in providing mental health support for the thousands of refugees in the city. "We learn to accept cultural differences in how symptoms are expressed and explained," says Bajbouj. "Patients could explain their distress through a childhood episode, serotonin levels, a physical pain in their head or chest, or the presence of a Jinn or ghost. None of them are wrong."

In Berlin 2015 the challenge was meeting the high demand. "Nobody knows exact numbers but rough estimate are that every second refugee has psychological distress and about 1 in 4 needs the help of an expert," says Bajbouj. "When you imagine there were around 80,000 refugees in Berlin then you can see why we initially had a capacity issue." Bajbouj, a specialist in trauma and head of the Arab Outpatient Clinic at Charité, in cooperation with the Berlin Senate, two other psychiatry departments and the medical director, helped set up a mental health triage centre. Since February last year, he estimates they have seen around 4,000 patients.

"The problem is not necessarily that there isn’t enough support for refugees, but that it isn’t always the right type of culturally sensitive support," says psychoanalyst Inge Missmahl, founder of Berlin-based non-profit IPSO Cultural Context. The humanitarian organisation, founded in Afghanistan in 2008, now works with refugees in Berlin, Thuringia and Hamburg in a one-year training to become psycho-social counsellors. To date, they have trained 92 counsellors in Germany from 17 different countries speaking 13 different languages.

"Our counsellors treat clients as equals and are able to work within their value system," says Missmahl.

Bajbouj’s team at the Arab Outpatient Unit have also taken a variety of approaches to overcome language barriers including using both staff and freelance translators, hiring multilingual doctors and accessing remote translation services.

"The word 'trauma' is used too much," Missmahl says. "Of course, many refugees have traumatic experiences, but that doesn’t mean they all have PTSD. We aim to avoid diagnosis and explore the meaning of the symptom in the given cultural context... We want to reduce the danger of a double victimization which happens easily when one reduces social and political suffering to an individual pathology."

Despite a variety of organizations and projects providing mental health support in the city, lack of information, stigma about seeking help and complex bureaucracy can still hinder access, says Hannes Rogler, family counsellor for refugees at the Catholic aid organization Caritas. "My position was newly created in 2016 with the aim of making counselling more accessible," says Rogler, adding, "We work directly inside refugee shelters with couples, families or single parents." "I see a variety of cases," he notes. "For some, what they experienced at home or on the way to Germany is too heavy to leave behind without talking about it first. For others, it is the stress of their new environment, or adjusting to the new society at a different speed to their partner or children. Often, children learn the language fastest and then take on a huge amount of responsibility in helping their parents deal with different institutions."

In Berlin, people seeking asylum are issued with an electronic health card, enabling them to access the free medical care for cases of acute pain or sickness they are entitled to under the national legal framework. "Mental health however is not always considered an acute case and is therefore treated on a case by case basis," says Dietrich Munz, president of the German chamber of psychotherapists (BPtK).

"Entitlement to care is also not uniform across different federal states," he states. "In Hamburg, for example, the federal state government pays for interpreter assistance for psychotherapies. In other federal states, there is no such support. Also, the possibility for asylum seekers to obtain an electronic health card with restricted access to benefits is not implemented in every federal state."

"The state could still be doing much more to support mental health," argues Biplab Basu of ReachOut Berlin, an organization supporting victims of racially motivated violence. "They have moved the responsibility to the voluntary and charity organisations who are breaking their backs trying to provide adequate care." 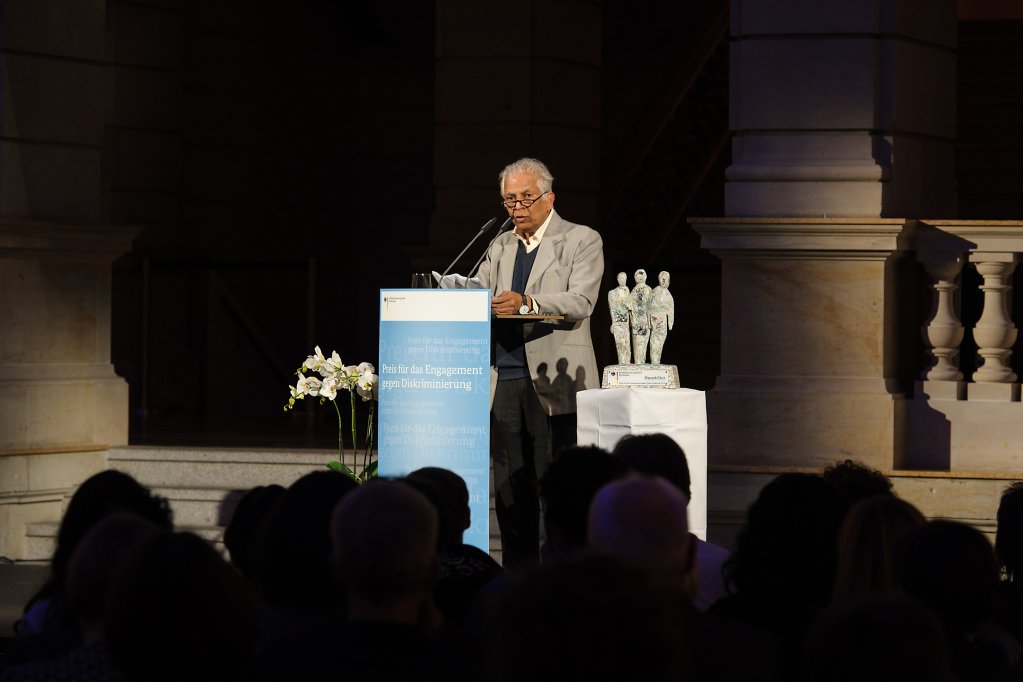 Understanding the complexity of the experience after arrival in Germany is also crucial. "Many of those I speak to have been running for so long and just focusing on surviving," Basu says. "When they arrive to apply for asylum in Germany, there is only short-term relief. They are placed in noisy emergency shelters with hundreds of other people and little privacy. Then they are faced with negotiating a bureaucracy which is overwhelming. The stress of all this can have an immense effect on mental well-being," he adds.

"When we explain our work to people outside the field, we use the analogy of stones," says psychiatrist Bajbouj. "The first stone represents experiences back home, for example war or torture. Many think you treat people for these and it is a neat ending. But then there is the second stone - the journey here. And then the third and the biggest stone is the experience of being in Germany: the acculturation stress, being in an unpredictable and unknown environment, where many are forced to sit and do nothing."

"Living in these conditions can make it hard to sleep or learn German," says counsellor Rogler. "If you take any family and put them for one or two years in a small space without work, then existing issues can be really magnified. Sometimes there can be violent outcomes," he adds. The housing situation is a particularly complicated issue in Berlin, where thousands of refugees were still living in emergency shelters until summer 2017.

Rogler has, this month, begun a weekly support group specifically for fathers. "Many fathers I have worked with are under a lot of strain," he says, adding, "We wanted to create a space where they could build community, support each other and address some of their issues before they become bigger problems."

Recognizing how mental health issues fit into the wider spectrum of pressures on refugees could also help to improve support for them, argues Bajbouj: "Seeing a doctor or psychologist isn’t always necessary. A lot could be done with, for example, providing more social workers or addressing the housing issue for refugees. A colleague of mine says the best anti-depressant is sometimes getting your own flat."

"If there is a real clinical mental health issue, we will certainly refer someone to a doctor, but we don’t diagnose clients," says Missmahl from IPSO. "The core of our work is tackling the sense of powerlessness that refugees experienced and then experience again here in Germany in a different way. We train refugees to help other refugees reclaim their agency and ability to influence their life. It is about empowerment," she concludes.