Migrants and rape: unveiling myths and facts about the dark side of the refugee crisis

Migrants in Germany have repeatedly come under fire for allegedly committing violent acts against women. But are those statistics misleading?

A number of German court cases against migrants are presently highlighting a sensitive issue: time and again, refugee men have been accused of committing varying degrees of acts of sexual assaults against women in Germany since the onset of the refugee crisis.

Such reports even include instances of rape, including several such accounts from New Year's Eve celebrations in Cologne in 2015, which made worldwide news. But there are other examples as well, such as a case in Bavaria, where a Nigerian national, whose asylum application was reportedly rejected, is being investigated for raping a woman on a jogging track. Elsewhere in Bavaria, two Afghan nationals are the main suspects in another rape case, this time involving a 16-year-old girl. In the neighboring state of Baden-Württemberg, another Afghan refugee is currently facing a long prison sentence for raping a murdering a 19-year-old student.

Another such case is currently being heard in Germany's former capital city, Bonn, where a man from Ghana is accused of raping a woman on a camping trail – in front of her boyfriend. But is there are pattern at play, and should women take extra precautions against sexual violence?

As disturbing as these reports may be they need to be taken with a grain of salt. The overall number of assaults against women has indeed risen with the arrival of refugees in the country. But so has the overall population, with well over 1 million migrants being welcomed into German society. The rise in sexually motivated crime may not be quite proportionate to the rise in population but is one of several factors that goes neglected when transgressions committed by migrants are reported.

Official crime statistics in Germany do confirm an increase of nearly 13 percent in sexual assault and rape cases in 2016 compared to the previous year – with 9.2 percent of the overall number of assailants reported as Syrian nationals and 8.6 percent as Afghan nationals. In total, 38.8 percent of those convicted of sexual assault and rape were reported as non-German nationals. This means that roughly 4 out of 10 sexual assaults and rape cases each year are committed by foreigners in Germany. Before the refugee crisis, that ratio was 3 out of 10.

Experts agree, however, that another important factor is the willingness on part of assault victims to report these crimes. Professor Jörg Kinzig, Director of the Institute for Criminology in Tübingen tells Germany's DPA news agency, that assault and rape victims are more willing to report these crimes to the police if the perpetrator is perceived as foreign.

"Locals are reported to the police less frequently, because there's a greater amount of fear toward foreigners," he said. It is therefore not clear to what extent this rise in sexual transgressions may be a matter of statistical records being skewed to one side. 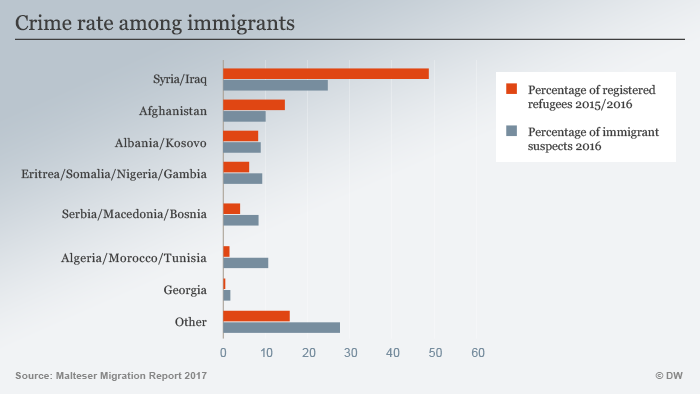 Committing sex crimes out of frustration

Psychologists also stress that refugees and migrants can act out violent impulses when they feel repeatedly rejected by the system. With a growing number of migrants being rejected asylum status and returned to their homes, their crimes may largely be born out of frustration rather than actual sexual impulses channeled into assault and rape.

Criminologist Christian Pfeiffer says that programs designed to return migrants to their home countries have to be streamlined and improved in order to prevent crimes, as such rejected migrants might have to spend months or even years in limbo before being deported back home. At the same time, Pfeiffer pleads for international bodies to help create greater opportunities in safe countries of origin in order to prevent people from migrating in the first place.

"Preventing crime is largely a question of having opportunities. Opportunities have to be created at home for these people," Pfeiffer explains, stressing the importance of voluntary return over forced deportation:

"Voluntary return programs are preferable, and we have to work toward making these options more attractive. This in turn will result in more safety and security for us." 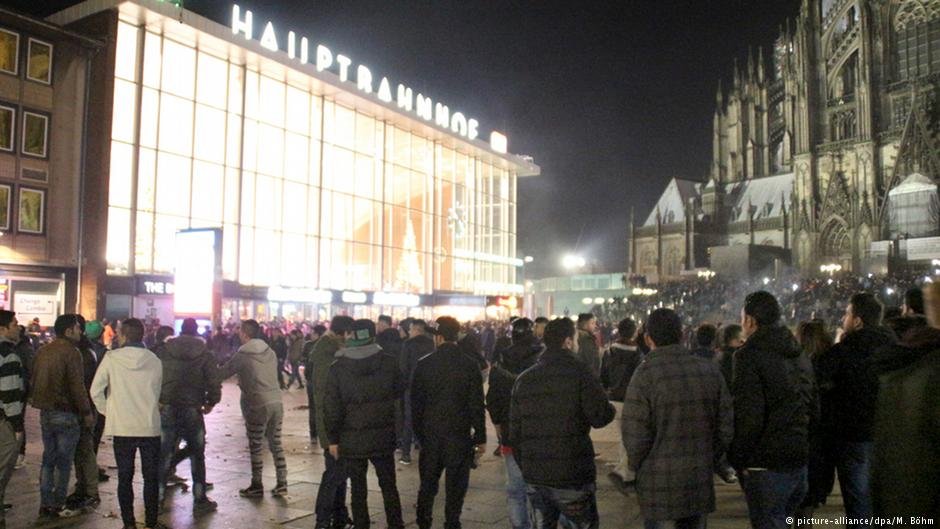 Migrants can't use culture as an excuse

Regardless of whatever motivation might drive migrants to commit rape and other acts of sexual assault, the unacceptable nature of such transgressions has to be emphasized in integration classes, says Psychologist Maggie Schauer, who specializes in this field at the University of Konstanz. Schauer tells DPA that migrants sometimes use cultural and religious differences as an excuse for such acts despite knowing better:

"Men have to learn to control their aggressions regardless of what religion they might have," she says, adding that it is possible to change attitudes especially because of the universally intolerable nature of rape and sexual assault:

"Violent crimes, sexual assaults, and rape: none of these things can be excused by arguing that people come from a different culture. And men do actually know this very well."