For a Syrian refugee who escaped the scourge of war and came to Germany, music is a way to integrate into the community. Now Bassel Al Qatreeb is playing with several musical groups in the city of Leipzig.

Syrian musician Bassel Al Qatreeb had been looking forward to participating in a musical ceremony at the Grassi Museum in the German city of Leipzig on September 26 and 28. These concerts follow his successful participation with the Leipzig Orchestra in the performance of many classical music pieces by leading artists such as Beethoven and Bach, with an oriental twist to the music. The project “Ring of Hope” or “Klänge der Hoffnung” was organized by the “Peaceful Revolution Foundation” (Stiftung Friedliche Revolution) which aims at promoting cultural works for peace and democracy. This is where InfoMigrants met Bassel Al Qatreeb. He discussed how music mixed between Eastern and Western melodies and highlighted his music career in Germany, where he arrived just two years ago.

Bassel still remembers well when he left his small city of Salamiyah in Syria to escape the war. The departure meant saying goodbye to his family and his musical instruments that he had lived with since childhood. He grew up in an artistic house and learned music from his father, who is a composer and oud player, he told InfoMigrants.

After his family joined him in Germany and sent him his musical instruments later, Bassel returned to his work full of hope. “It was a memorable moment when I got to play the strings of my oud again after it had been separated from me after a long break,” he said. "The oud is a special language for me when I can’t express myself in German,” he added. Bassel was able to settle down more and devote himself to musical activity in search of a way to integrate into a new society and pursue his professional and artistic life further and further. 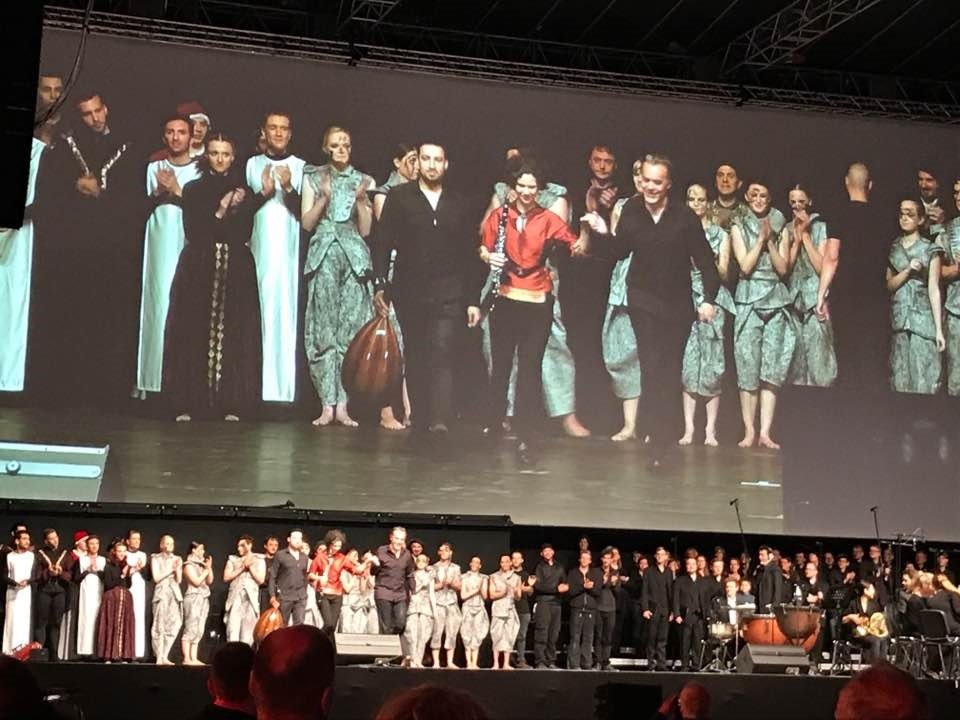 Bassel settled into the city of Leipzig, a town in the eastern state of Saxony, which many describe as a stronghold of the extreme right. This explains why the number of asylum seekers is relatively low at only 5.06 percent, compared with North Rhine-Westphalia, which has more than 21 percent of asylum seekers in Germany according to a federal report in 2017.

However, Bassel did not share the apprehension that many other refugees have about dealing with people in Saxony, which used to be part of the former East Germany. He searched for ways to interact with his new community, starting with a "Inklusives Nachbarzentrum,” a local association for people with special needs, where Bassel held a small concert for them. He met with a member of the German band Amalia, who later invited to play with them officially. They opened the way for him to learn more about artistic and musical life in one of the most important German cities in terms of cultural activity. “Music is known as the language of the world, but it is also the language of integration,” he said.

Bassel, along with his Syrian friend, the singer and daf player Ghandi al-Harf are participating in the TheaterOper where they travel between German cities to perform Eastern theatrical music, which is welcomed and admired by German and Arab audiences alike. 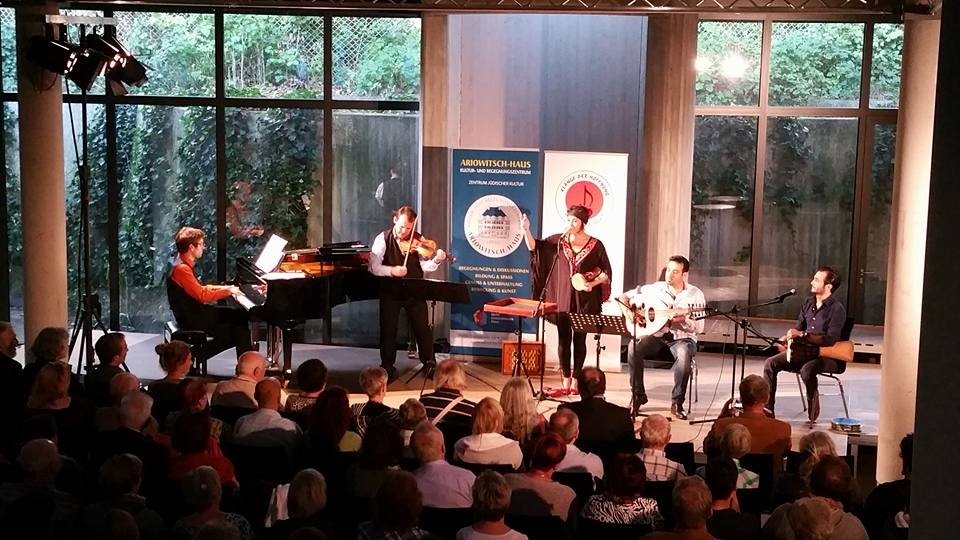 Al-Qatreeb at charity performance in Leipzig

A great opportunity and a bigger dream

Bassel feels that being in Germany gave him an opportunity to expand his horizons, especially since he is not only a musician but also a music teacher, allowing him to work with Western groups which differ from Eastern ones in terms of curricula and training.

In the future, Bassel hopes to teach the secrets of Arabic music to others - his goal is to start a musical school. As a first step towards achieving this dream, he teaches musicians from different ages and nationalities. He even gives lessons to professional classical musicians from universities and music academies. He teaches them the style of Eastern Arab music as well as instruments such as the Oud, Piano, Clarinet, Violin, and others.