Of the many services directed towards refugees fleeing Syria, education has proven to be one of the toughest needs to address. Six years after the war began Turkey, which hosts 3.2 million refugees, continues to face challenges in getting and keeping Syrian minors inside classrooms.

Joint efforts by the Turkish Ministry of Education and the European Commission, with funding provided under the EU-Turkey refugee deal, have expanded educational programs and helped enroll more Syrians over the last year, yet roughly 40 percent of school-aged Syrians remain outside the school system.

Both Turkish-language requirements and economic hardship have prevented Syrians from attending classes on a regular basis. Additional constraints on physical classroom space and lack of teachers have also limited educational opportunities for some refugees. 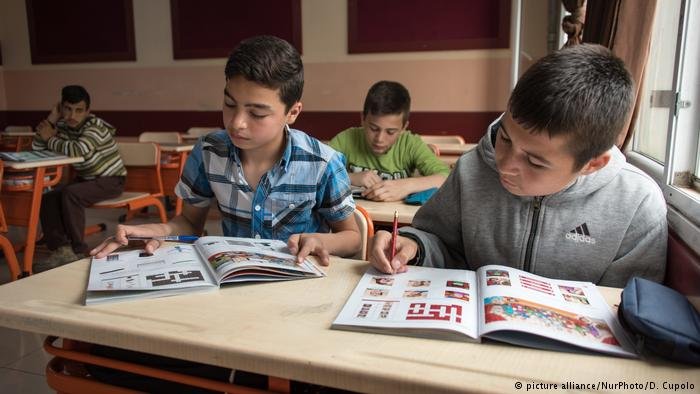 "Absorbing 900,000 to 1 million kids into an education system is [a unique undertaking]," said Felix Leger, a technical assistant for health and education with ECHO, the EU entity responsible for allocation humanitarian funds. "We were looking for other examples worldwide. There are none. This sets the tone for the challenge that Turkey is facing."

To date, Turkish officials said the country spent $25 billion (€21.1 billion) to accommodate Syrians, while the EU has committed €3 billion towards improving conditions for refugees in Turkey. Among many initiatives, the funding aims to address educational shortcomings for refugees through EU-financed projects to build 100 schools and a conditional cash transfer program that encourages Syrian families to keep kids in school through monthly allowance payments.

Yet as such programs take shape, a network of EU-funded community centers have filled the gaps for Syrians still outside the education system while providing everyday services, such as medical referrals and psychosocial support. At the Turkish Red Crescent Ankara Community Center, Syrians of all ages can receive free language classes and vocational training from instructors paid for by the Ministry of Education. 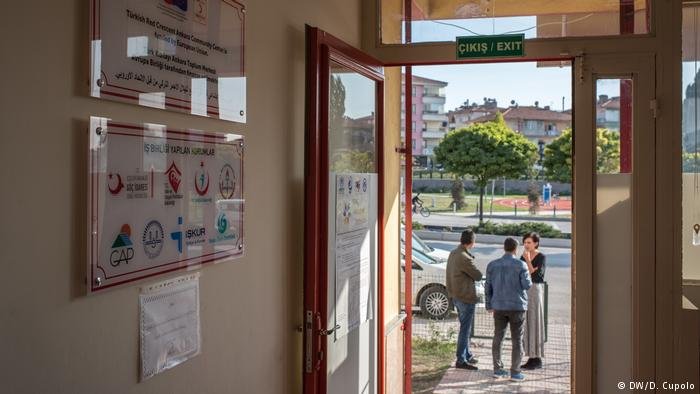 Located in Altindag, an area with the largest refugee population in Ankara, the center provides school-aged Syrians with extracurricular classes they may not otherwise receive, said Renan Turkkulu, manager of the Ankara Community Center. Children are offered computer literacy and art courses, as well as Turkish, English and Arabic language courses.

"[The children] are part of this 'lost generation' that missed many years of school because of the war in Syria," Turkkulu said. "They can speak in their mother tongue, but many are illiterate."

Turkkulu said roughly half of the school-aged children taking lessons at the center were not attending schools, not just because of linguistic and financial barriers, but also due to registration issues. Syrians must sometimes endure long waits to receive identification cards required for enrollment in public schools, and the center's staff often guide them through such administrative procedures. 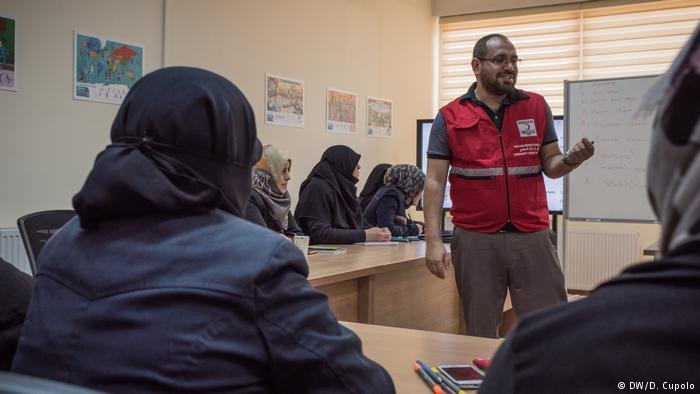 Syrian adults also take courses at the center to improve their Turkish skills, which many see as an obstacle not just for acquiring higher-paying jobs, but also for accessing the Turkish health care system. Semira Mohandes, a 37-year-old mother of three from Aleppo, said she began taking language classes at the center to better understand doctors during medical visits with her son, who suffers from epilepsy due to a head injury he sustained in Syria.

While attending language courses, Mohandes also learned about the center's vocational courses and recently signed up to become a certified hairdresser. As her family has limited income, Mohandes said she wants to start her own business.

Similar vocational training and language programs for refugees are offered at other Red Crescent Community Centers in nine major Turkish cities. While such initiatives are positive steps towards integrating Syrians into the Turkish communities where many are likely to remain for years to come, refugees seeking higher education still face limited options, according to Omar Kadkoy, a researcher on refugee integration at Economic Policy Research Foundation of Turkey (TEPAV).

Even if Syrian students get a firm grasp of the Turkish language, many remain ill-prepared for university entrance exams and have to scale back career ambitions as a result. Additionally, Kadkoy said 280,000 Syrians attend refugee-only temporary education centers, where the focus on Turkish language education is not sufficient in preparing students for the Turkish public school system, which is expected to take in most Syrian students in the coming years.

"If we want Syrian students to be effectively integrated in public schools and to pursue higher education, I think the role of temporary education centers should be focused greatly on teaching the Turkish language over anything else," Kadkoy told DW, suggesting Syrian students should undergo intensive Turkish courses before transferring to public schools.

"But for this we face a structural problem where we need more qualified teachers and more schools to accommodate additional Syrian students," Kadkoy added.

In recent years, Turkey's Ministry of Education has addressed the lack of classroom space by extending operational hours at existing schools. In some cases, one school building hosts two or three school 'shifts,' stacked one after the other to allow different sets of students to attend courses in the same space throughout the day.

In September, the Ministry of Education also asked Istanbul districts to direct Syrian students to religious schools, to alleviate strains on the public school system, raising alarm among some education advocates.