Rumours about Germany: telling refugees about the danger of ignorance

Germany’s Federal Foreign Office has published a new website called “#rumoursaboutgermany” that educates migrants about false information that smugglers use to traffic them to Europe.

"Check the facts – here’s what migrants need to know," says the new website, which aims at informing refugees about potential lies they might hear from human smugglers, who are more interested in making quick money than ensuring the safety and well-being of their vulnerable customers.

As is obvious from the name, "#rumoursaboutgermany," the website aims to replace misinformation with facts. People in Nigeria, Algeria and Pakistan often hear wrong things about Germany and Europe, prompting them to come here without giving it a second thought.

The #rumoursaboutgermany homepage can be accessed here: www.rumoursaboutgermany.info and is available in three languages: English, French and Arabic. "The site can be accessed on the smartphone and uses simple, clear language to address people, who play with the idea of coming to Germany, who are on their way or who are already here," says Andreas Kindl, representative for strategic communication at the Federal Foreign Office. 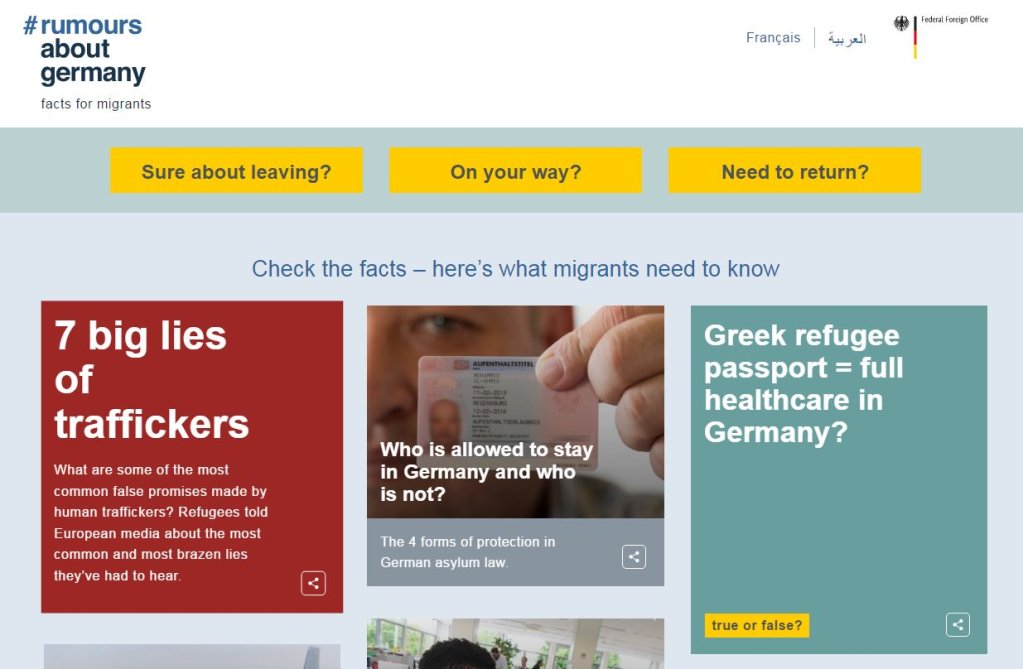 The start page has three tabs, which direct the reader to the section he or she feels is most appropriate for the situation.

The first tab is called "Sure about leaving" and has information on lies that traffickers often tell potential victims. Some popular rumors, according to the website, include smugglers saying that ships for crossing are very big and even have swimming pools and a cinema. Smugglers also tell migrants in their home countries that they will get a sum of 2000 euros upon reaching Germany and that everyone who comes here gets a job and a house to live in.

The second tab, called "On your way" addresses rumors that migrants come across when in transit. These include answers to questions like, "Will you be rescued after two hours in a rubber boat?" The answer to the question is a clear "No," followed by the explanation that often, rescue missions often do not know the exact location of a boat and that the journey continues to remain very dangerous. 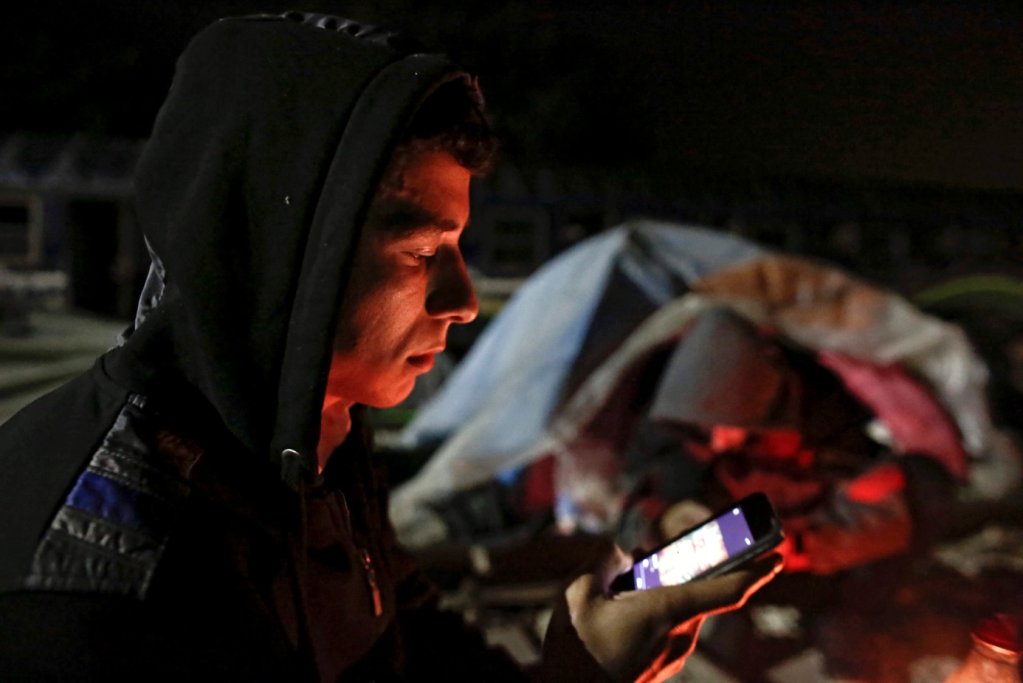 Refugees are often targets of misinformation by human traffickers

"We objectively explain that beginning a new life in Germany is not as easy as many people think, but we do that without falling into the trap of mentioning only negative examples," Kindl says. "The most important aim of our ‘rumours about Germany’ campaign is not to leave the responsibility of information to the traffickers. With fact-based communication we want to offer everyone, who is thinking of fleeing or migrating or is already on their way, an adequate basis of information and generate clarity in this manner," he adds.