The runway of refugees: the changing face of Berlin's former Tempelhof airport

From Hitler’s aerodrome to US military base to city airfield, Berlin’s Tempelhof airport has undergone many incarnations. Most recently, it was turned into a public park – while also housing hundreds of refugees in its former hangars. Sertan Sanderson reports from Berlin.

Most refugee quarters in Germany are far from glamorous, with issues like overcrowding and shared use of facilities making for a sobering arrival for many migrants fleeing persecution in their home countries.

The refugee housing facilities at Berlin’s former Tempelhof airport come with an unusual story as well. Built inside several hangars of the massive aviation hub at the height of the refugee crisis in late 2015, the Tempelhof refugee accommodation center was assembled as an emergency solution at the time.

Initially housing 2,500 migrants in October 2015, occupancy numbers declined steadily, as migrants were relocated to other sites either within Germany or elsewhere in the European Union, or where resettled outside of the EU. One year on, there were fewer than 700 refugees living in the hangars at Tempelhof by late 2016. Two years into the initiative, only about 200 refugees remained housed there, according to Theresa Jochan, spokeswoman of Tamaja - the operator of the refugee facility.

"Initially it was announced that the hangars would be closed a year ago," Jochan told InfoMigrants. "It is now expected that they will be closed by the end of the year." 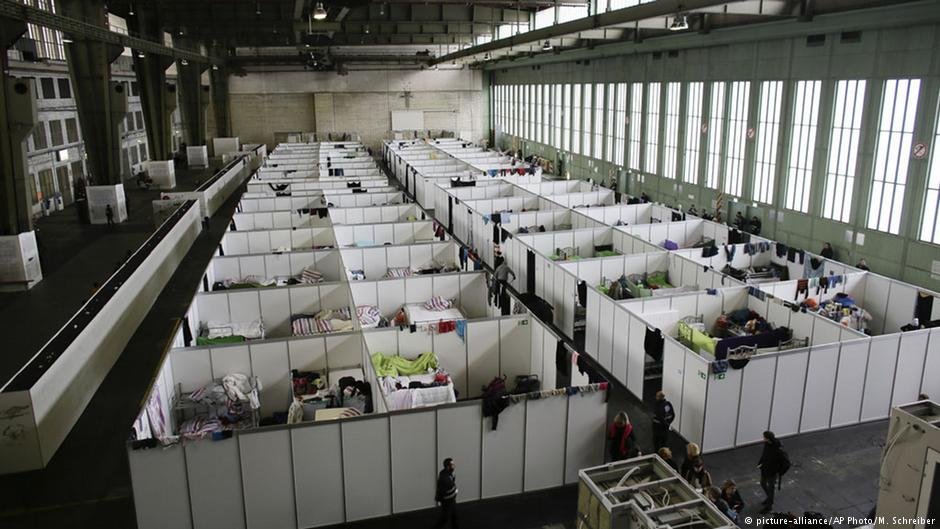 From hangars to containers

The Tempelhof refugee site has remained a controversial issue throughout its ongoing life cycle. While few local Tempelhof residents took pride in this unique response to the refugee crisis, many were less than welcoming towards the idea of housing hundreds of refugees in central Berlin.

Rather than having xenophobic attitudes many locals also feared that city officials were trying to circumvent ordinances and rules banning the development of residential units on the site of the former airport by housing migrants there. Some believe that allowing refugees to reside on the site could open up loopholes to future property development. Despite this criticism, the city had to find an alternative solution in the long run that still involved the use of the airport grounds regardless of public opinion, in particular due to the soaring costs for the running of the refugee facility inside the hangars.

In February 2017, construction started on a container village further afield on the grounds of the former airport, designed to provide temporary accommodation for more than 1,200 people. These units are intended to house families in small, self-contained facilities instead of the individual "boxes" erected inside the hangars. The new container units expected to be in use by the end of the year.

Initial plans saw up to 7,000 people pegged to be housed at the new Tempelhof container park, with critics fearing the growth of a refugee ghetto at the iconic Berlin site. However, the steady fall in migrant numbers and rise in refugee facilities elsewhere in and around Berlin eventually resulted in the building of a smaller version of the container village.

Berlin's former Minister for Social Affairs Mario Czaja said in a statement in 2016 that the city had "found a pragmatic, easily implemented and moreover cost-effective solution" by agreeing to move the refugees from Tempelhof's hangars to the containers.

However, even those so-called "tempohomes" will come with a short shelf life and are expected to only be in use until 2020. Developers hope that this time frame will be sufficient to deal with the current challenges of the refugee crisis. Despite the sharp fall in arrival numbers and numerous initiatives designed to speed up the processing of new arrivals, Berlin's State Department for Refugee Affairs (LAF) states that more than 25,000 refugees remain living in various emergency shelters, first arrival centers or other communal housing facilities throughout Berlin, as quoted by the daily Tagesspiegel newspaper.

A building with a loaded history

Once merely a small terminal building in the early days of civil aviation, Berlin’s former Tempelhof airport was developed and built as part of Adolf Hitler’s long-term plans for the German capital. The dictator had decided that the edifice was going to take on gigantic proportions and resemble the shape of an eagle when viewed from above.

Upon its completion in 1941, Tempelhof was the largest building in the world in terms of commercial space, offering more than 300,000 square meters (3.3 million square feet or 75 acres) of space and spreading roughly 1.2 kilometers (0.75 miles) from one end to the next. The building survived the war and in addition to civil aviation, also served as a key aviation base for the US military during the Cold War, playing a major role in providing supplies to Berlin’s population during the Berlin airlift in 1948 and 1949. 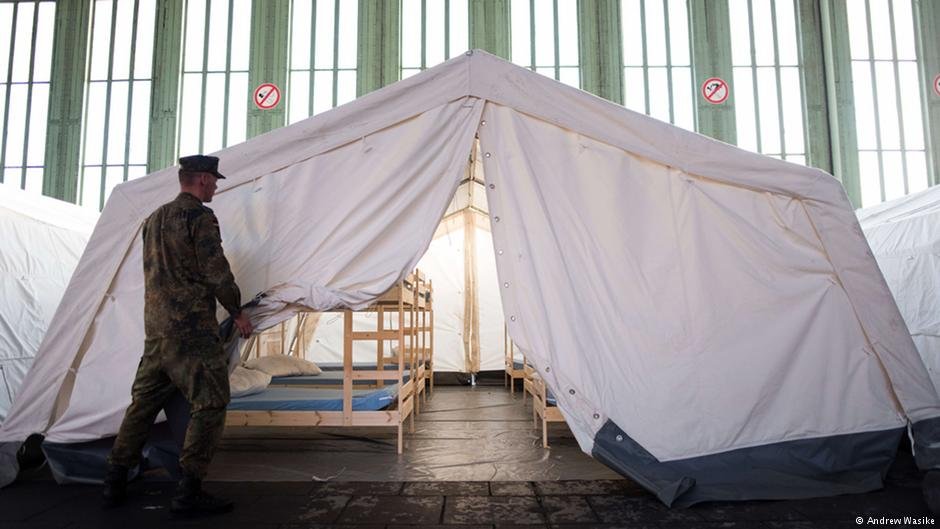 For more than half a century Tempelhof served as one of three airports bringing passengers in and out of Berlin. But the airport was unpopular due to the amount of noise pollution generated by flights arriving and departing. A plebiscite on the issue in 2008 resulted in Tempelhof’s closure.

The landing field has since been transformed into an urban park. The terminal building and other permanent structures remain intact but are largely unused – aside from a number of local businesses taking up office space there, the future of the structure remains unknown. However, after a number of large-scale events being held there in recent years, it appears that Tempelhof might reinvent itself as an events and trade fair location.

Future applications for social purposes – such as refugee housing – will likely be affected by whatever use the Tempelhof complex is put to in coming years. With the impending closure of the migrant facilities in the hangars and the limited time frame given to the container facilities intended to replace them, overall numbers of refugees arriving in central Berlin might decrease in the long-run, as the overall flow of refugees into Europe continues to slow down.

Regardless of what the future may hold, many see it as poetic justice that at least for two short years, Hitler’s imposing edifice built to show off his belief in German superiority over other races served as a facility to welcome the kind of people his regime would persecute.