The pianist from the ruins in Syria: Aeham Ahmad’s autobiography published

He is known from the famous photo where he is playing piano against the backdrop of the bombed-out Yarmouk camp outside Damascus. His recently published biography tells the moving story of the destruction of his world and the journey that led him to Germany.

"When you are fleeing from starvation and bombs, you are forced to leave your world behind," Ahmad writes in the opening chapter of his autobiography. "And you turn into one of those grey creatures who must have always lived in misery, and has now come to Europe to share some of the great wealth."

"I want to tell you how it was, contrary to the misconceptions, the simplifications, the images that lie, even if they contain a little truth."

Ahmad wanted to tell his life story in his own words. Working together with journalist Ariel Hauptmeier and translator Sandra Hetzl, and with the support of the S. Fischer publishing house, his autobiography was published on October 5 in German. It is called "Und die Vögel werden singen" (And the birds will sing).

Read more: 'I feel lost without the piano'

Ahmad's family were refugees since they fled Palestine in 1948, settling in the Yarmouk camp outside Damascus in Syria. But, he is quick to point out, they built a good life there.

His father ran a flourishing instrument-building business in Yarmouk. Ahmed studied music pedagogy at the university in Homs. The book is filled with anecdotes that bring Ahmad’s lost world in Syria to life.

He describes life in Yarmouk, how he fell in love with his wife and the joy at the birth of their first child. But war and suffering were never far away. "On June 27, 2012 Ahmad was born - and the world into which he was born was brutal. The Syrian war was in full swing."

He tells of being hit in the hand by a piece of shrapnel after an artillery shell exploded nearby. His hand was sliced apart between his first and middle fingers. After going to hospital, he recounts that the person he assumed was a doctor, was in fact a carpenter who offered to help him. "I once saw a doctor sew up something like that. I could give it a try," the man told him. For Ahmad, that accident ended any dreams of becoming a classical concert pianist. 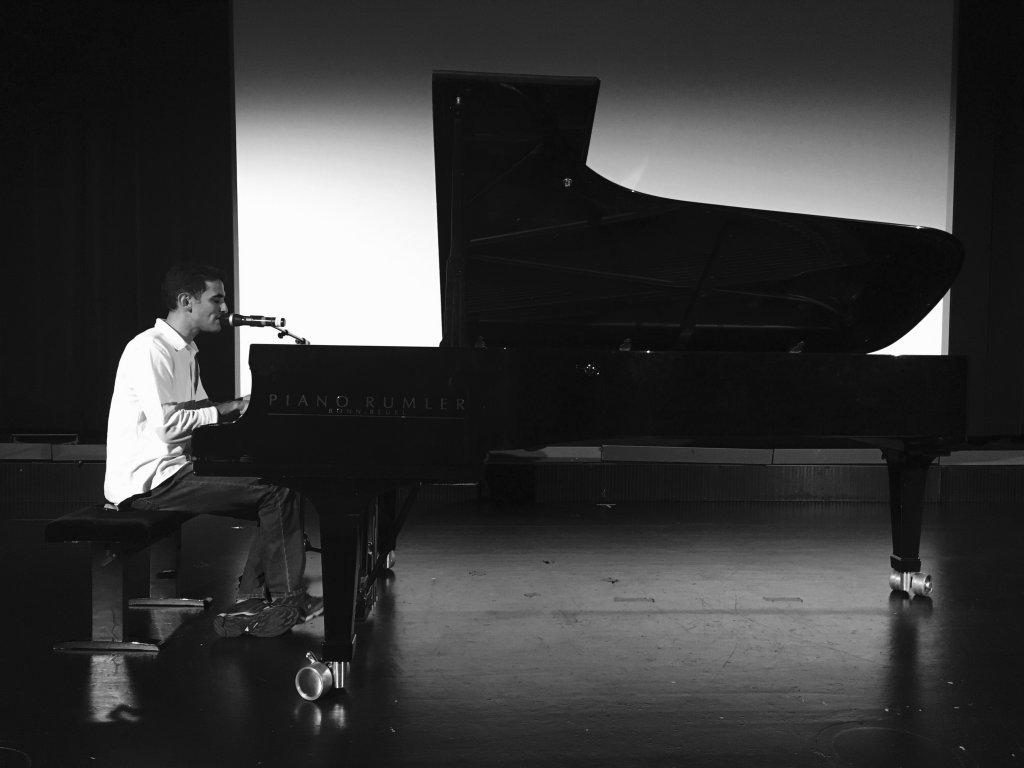 As the situation in Yarmouk deteriorated - which Ahmad poignantly describes - he made the difficult decision to leave. But it became clear that he could not make the journey to Europe with his wife and small children. Sending them back to Damascus, he promised he would arrange for them to follow him to Europe. "I kissed the kids. And I promised [my wife] 'I will fetch you in under a year.'"

The book’s strength is its detail, told with heartfelt clarity. For example, Ahmad recalls his arrival in Germany, when he was housed in emergency accommodation in a community sports hall. The years of being on starvation rations had marked him. "Under my bed, in a bag, I collected small plastic pots full of honey left over from the meals. For emergencies, in case there wasn't food...Because the fear of starving again would stay with me for a long time."

Once in Germany, the pianist quickly found success. But privately he was suffering deeply, still waiting to be reunited with his wife and children.

He received the Beethoven prize for his courage in continuing to make music. At the time, Friedrich Kitschelt, Secretary of State in the German Ministry of Economic Cooperation and Development said, "With your music, you gave something back to those who were with you - a moment of humanity and dignity - and thus something infinitely valuable: hope."

Ahmad also performed in front of thousands at refugee benefit concerts with stars of the German pop music world, such as Herbert Grönemeyer and Judith Holofernes.  But by the beginning of March 2016, he says, "I couldn’t go on. I collapsed, sick, exhausted, at the end of my tether."

Above all, Ahmad's book is a story of survival. Through the grief and suffering, upheaval and enormous challenges, Ahmad seems able to keep going. "There is hope. There is always hope," he writes.