Romania: A taste of home for migrants in Timisoara

Social integration is what matters most at "AIDRom" in Timisoara, where an NGO is offering assistance and even accommodation to migrants. It has become a safe space where nationality plays no role.

"I paid 10,000 euros ($11,797) to smugglers for the whole journey from Iraq to Romania," says Goran, fidgeting nervously with the ring on his finger. He's not optimistic about the next court appointment. His asylum application has been rejected and may have to leave the country soon. But in the meantime, he has come back to this old house with its vintage garden on the outskirts of the western city of Timisoara. It is an old but cosy house, which is used to accomodate about 20 refugees. It is also used as a multicultural meeting-point for dozens of locals. For AIDRom (The Ecumenical Association of Romanian Churches), which runs the project, it is important to create opportunities for migrants to meet with locals in order to build bridges and connect the community.

Goran, a Kurd from Mosul in his mid 20's, has been coming here almost every day for seven months, although he lives in the city's refugee center. He does voluntary work for AIDRom, such as helping with translations from Arabic or supporting other refugees.

"I don’t have anyone. My mom died when I was one year old, my father died in a shelling attack in 2007. This here is like a family to me. But if they reject me in court, I will have to leave within two weeks or they’ll put me into a closed camp."

There are six refugee camps in Romania with a total capacity of 900 beds. Goran is disappointed by the living conditions there. "We are 10-20 people in one room sleeping in bunk beds. Some of them are sick." There were no more beds available at AIDRom, so he spends his days there, until 10 pm, when he has to return to the camp. These are the immigration authority’s rules, and migrants have to abide by them, or they risk expulsion.

But there's no time to waste complaining tonight, because the NGO is organising an integration party and everybody is supposed to help.

In the courtyard, in front of the entrance to the building, there's a big banner written by hand, which says: "Welcome to the international cafe!" Inside, there are candies and bottles of juices on each table, colourful napkins and candles waiting to be lit before the guests arrive. The coffee machine is ready, sugar and milk next to it. Christmas-like music plays in the background and a kitten - the house pet - curiously inspects the preparations.

"Come on, we have one hour left," says Flavius Ilioni, checking to see if everything is ready. Ilioni is the branch manager of AIDRom and says that providing assistance, but above all creating a homely environment for migrants, is very important. 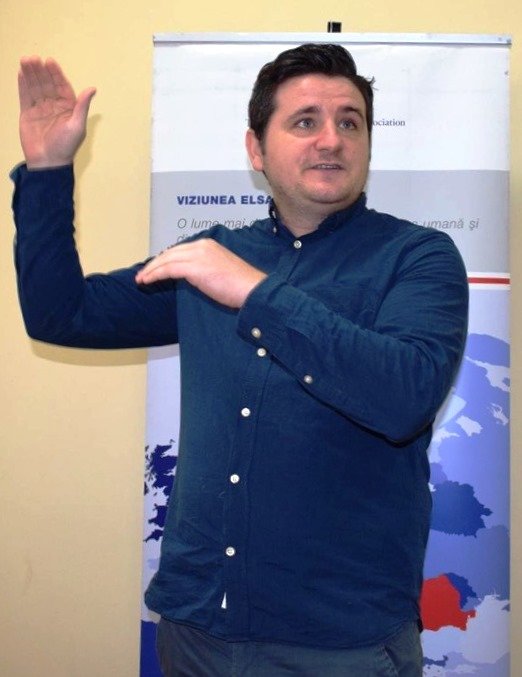 "We have all kinds of cool projects, such as special Christmas events. Another idea is called 'Visit Timisoara in one day.' There is also a women’s club and all kinds of events related to the Romanian culture," says Ilioni.

And these projects are not only meant for refugees. Romanian and other European citizens gladly take part, simply because they are "really cool," says Zaher, a 27- year-old musician from Iraq.

"There is hardly any week that goes without an artistic event. We recently finished a program, which was a wonderful collaboration between 15 refugees and 15 locals, across several mediums, such as theatre, painting, film and music. That was the perfect social integration programme," says Zaher, who is also scheduled to perform his music for the guests tonight.

Unlike Goran, he’s found accommodation at AIDRom and is very pleased with the atmosphere. "You don’t feel socially discriminated in Romania, which is one of the reasons I want to stay," says Zaher. He was recently granted refugee status. 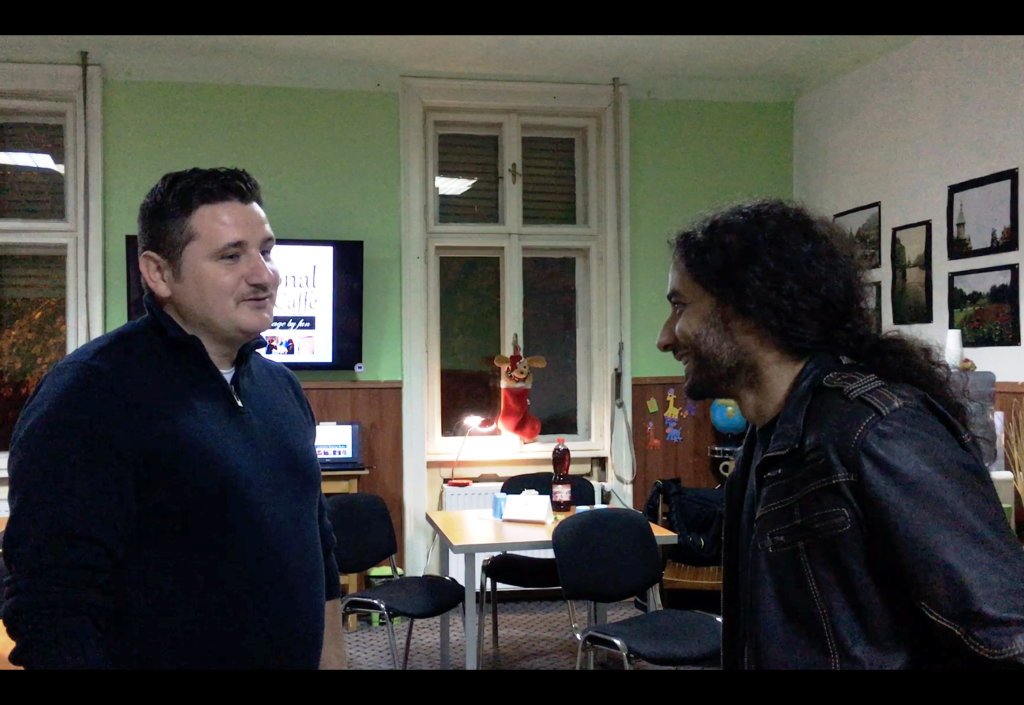 Refugees with a local dialect

Josephine (not her real name) shares the same thought: "There is a certain security here that I’ve been looking for." The young woman from Cameroon is another resident at AIDRom’s house in Timisoara.

She came on a student visa some years ago, but later found herself penniless and applied for asylum. Since having been granted refugee status, she intends to build a life for herself in Romania. "I’m not going anywhere. These people are friendly and hospitable and I need a stable environment."

The guests are slowly gathering. Before going on stage, Zaher steps outside for a last cigarette with his friend, a painter from Russia who lives in Timisoara. "Saudi Arabian slim cigarettes, please help yourselves," he says, approaching a group of people who are admiring the big painting on the courtyard wall. Inside, the candles have been lit, the music is playing slightly louder, the rooms filling with guests. The integration party is about to begin.

One can feel the fresh November breeze swell into the house every time the door opens. People of different ages and nationalities are greeting each other with “Ciao” - typical for the local dialect - a clear display of a sense of belonging. Most of the migrants have learned a little Romanian. Goran is sitting quietly at the kids’ table, drawing. He’s not very sociable tonight. In a few hours he’ll have to return to the refugee camp. He has to wait a few more weeks until the final verdict on his asylum application. And then? Who knows.