Asylum requests: a good interpreter can make all the difference

Refugees applying for asylum in Germany often need translators and interpreters, who can communicate their situation honestly. Reality however, is different. Many asylum applicants bear the brunt of untrained, and sometimes untrustworthy, interpreters who jeopardize their asylum requests.

Alhareth Alaa was stressed. He had an 8.30 a.m. appointment at the Federal Office for Migration and Refugees (BAMF) at the Bundesallee, Berlin. His asylum interview that morning would evaluate his past and determine his future.

Everything that day rested on his story. Alhareth had to join the dots across time and borders - his life in Baghdad, the death threats, being kidnapped, his father’s assassination - dredging up years of memories and the details that strung them credibly together.

Over four hours, he told his life story in Arabic, his mother tongue. Speaking through an interpreter, it was difficult to gauge how it went. But he was confident: he had police documents to support his case. Germany needed people like him, the interviewer told him: he was a qualified pharmacist who spoke five languages.

Alhareth, more than most, understood the role of the interpreter: he’d worked as one. He knew who they were meant to be: nimble movers of meaning across languages and cultures. They were precise and, crucially, impartial: as invisible as the air between two mouths in conversation.

Eight months later, opening a letter rejecting his asylum claim, he was reminded of the power they wielded. At the time of his interview, knowing no German, it was near impossible to sense how his story was being relayed: what was misunderstood, left-out, altered.

“I was confused,” says Alhareth. “So I decided to find someone to translate the original Protocol from German into Arabic. I then realized the interpreter didn’t know Arabic well or how to translate. Some answers barely corresponded with the question. He had missed important details. I couldn’t believe it - so much was wrong. It was barely my story.” For Alhareth, the experience demonstrated the life-changing impact poor interpreting can have. Pro Asyl, a German-based human rights organization, is one group among many that have highlighted language services at the BAMF as one crucial element of the systemic problems in Germany’s asylum system.

Much can be explained by recruitment processes, argues Bellinda Bartolucci, legal policy advisor at Pro Asyl: “Interpreters are hired as freelancers, for low pay, and until recently with no real formal qualification requirements or sufficient checks on their language ability.”

The German Federal Association of Interpreters and Translators (BDÜ) have also long called for improved quality assurance for interpreting in asylum interviews. “Most of the interpreters hired by the BAMF would not have the adequate qualifications or language skills needed to join our professionals' association (BDÜ),” says Yasmine Khaled-Jaiser, an officer for community interpreting with BDÜ.

It is, according to a BAMF spokesperson, important to underline that the Federal Republic had to face major challenges due to the high influx of incoming refugees since 2015: "Within the past year, for example, more than 445,000 asylum-seekers have been interviewed in a great variety of languages. ...This requires numerous interpreters.” The BAMF has, they add, extended the number of freelance interpreters it works with from 2,600 in 2016 to almost 7,500 in September 2017, with the current ability to do interviews in 472 languages.

Pressures on capacity are undeniable. Nevertheless, placing the power of interpretation in unqualified hands risks turning interpreters into unreliable gatekeepers to asylum.

Interpreting, critics argue, stands alongside various weakness in the system. “In addition to poor interpretation, many of the interviewers have only had a few weeks training, and don’t have an adequate knowledge of situations in the countries from which refugees are fleeing,” says Bartolucci.

A report in November last year from 12 groups of lawyers, charities and human rights organizations argued BAMF needed to improve quality standards to ensure the asylum process was thorough and fair. It argued that German courts, which this year have seen a five-fold increase in appeals against asylum decisions, had in effect become a correction facility for the mistakes made by the department.

Criticism has also come from inside the department itself, where staff has been concerned that interpreters had become the arbiters of asylum.

A scandal that made headlines

The absence of effective oversight in asylum interviews was highlighted by the scandal of Franco A. earlier this year. He was a German soldier who applied for asylum, claiming to be Syrian and speaking French in his interview. “The scandal prompted an internal assessment of the asylum cases of 2000 refugees from Syria and Afghanistan,” explains Bartolucci. “But it is limited because it only addresses those with a positive asylum decision. It’s likely the number of mistakes in negative decisions is higher.”

“The recent requirement of the BAMF that interpreters report any linguistic abnormalities that could suggest the applicant is lying about where they come from is incomprehensible,” argues Khaled-Jaiser. “This is radically outside the responsibility and established role of the interpreter … Leaving such an assessment to untrained interpreters inevitably leads to speculation and can not constitute a legally secure procedural basis.” 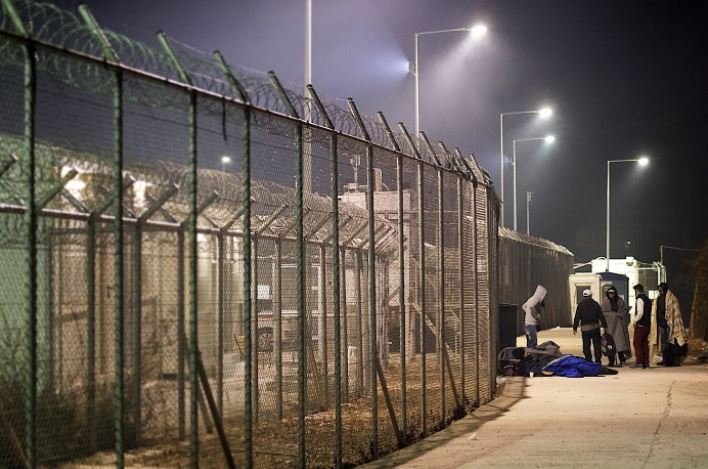 Stories of futures and hopes lost in translation no longer surprise Aziz, who has spent the last few years working with refugees in Berlin.

“Even for those who do speak the language, regional differences and dialect nuances can change everything,” he explains. “Furthermore, the social and religious background of the interpreter plays a huge role. Sometimes people are scared to tell their story to an interpreter, for example when the individual is an ex-Muslim or atheist.”

“The idea that BAMF interpreters are neutral is also very questionable,” says Aziz. “Many have told me their interpreter told them to change parts of their story to influence getting a positive decision. There are many doing wonderful work, but I believe others abuse their power.”

“Some people don’t trust their interpreters are independent,” says Bartolucci. “I’ve heard of Eritreans being anxious that the interpreter still has links back to the Eritrean government. Some suspect a few could be spies.”

Research from The Spiegel and ARD-Magazines Report Mainz recently investigated reports from Turkish asylum seekers that BAMF interpreters had betrayed their confidentiality to Turkish media close to the government. This year, the BAMF has reportedly stopped working with 942 freelance interpreters, 15 on the grounds of breaching neutrality.

Translation on the move

Not for profit Translators Without Borders (TwB) have highlighted how under-resourced translation and interpretation services pervades the entire European refugee response. None of the 46 humanitarian organizations they interviewed in a recent report routinely asked refugees or recorded what their first language was.

Lack of data leads to inadequate access to information: ultimately further endangering the safety of refugees. “In our report, there is a story about two young Nigerian survivors of people trafficking in Italy being unable to tell their story or get help because there were no female interpreters available speaking their language,” says Ellie Kemp, head of crisis response at TwB. One case study in a report by REACH highlights how a failure to provide leaflets to unaccompanied children on the Franco-Italian border in a language they could understand led to many taking more dangerous routes.

Day to day life in Germany

Language barriers weave another layer of stress, complexity and sometimes danger into the experiences of refugees not only on the move but also once they arrive in a destination country. Sausan Jindawi remembers how it felt arriving in Germany: grappling with official letters in a bureaucratic German intimidating even to some native speakers; staff at government offices refusing to speak English even when they could; the struggle of everyday situations. “You feel lost,” says Sausan, “and disempowered.”

Four years later, Sausan is now interning at TranslAid, an organization connecting volunteer translators to refugees needing assistance in doctor appointments, getting legal advice or preparing for their asylum interview. It is one of many civil society projects, tech solutions and information platforms that have sprung up since 2015 to address translation needs.

“Refugees, of course, need to learn German - and they are trying,” says Sausan. “But we need to remember that it takes time. In the meantime, they need more translation and interpretation support.”

On the migration journey, in everyday situations and in the steps refugees take to integration: language matters. In the asylum interview, where it arguably matters the most, BAMF state they are working to improve interpretation standards. They have, according to a spokesperson, implemented broad quality assurance measures, enhanced security checks in the recruitment process, and introduced a complaint system. In cooperation with BDÜ, they have also designed training webinars for interpreters, explains Khaled-Jaiser.

While signs of improvements are a positive step, they are little solace to people like Alhareth, now facing the arduous process of appealing their asylum verdict in the courts.

“The interpreter has the crucial role in the most important part of the whole asylum process - the asylum interview," says Alhareth, frustration heavy in his voice. “My lawyer said I could be waiting another year for a result - maybe more. I lost at least one year of my life because of his translating.”