Media reports about alleged migrant slave markets in Libya have resulted in strong reactions across the continent: African politicians demand an investigation and the prosecution of those responsible.

The low-resolution images, apparently taken at a market in Libya earlier in 2017 were shown on the US-based network CNN last week, which looked further into the issue. Journalists working for CNN discovered several such slave markets in the country's interior, proving what experts had feared for a long time: migrants trying to reach Europe via Libya continue to be subject to abuse. 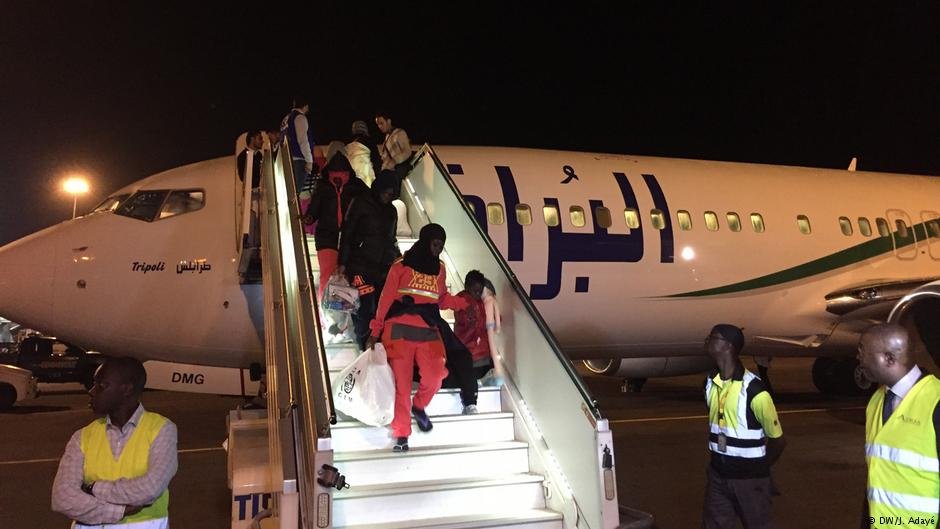 Politicians in Africa have expressed their outrage at the scandal – especially in West Africa where most African migrants originate. President of Niger Mahamadou Issoufou felt particularly revolted by the reports, summoning the Libyan ambassador to Niger and demanding the International Court of Justice to investigate Libya for trading slaves.

Meanwhile the foreign minister of Burkina Faso, Alpha Barry, told the press that he had also summoned the Libyan ambassador to the capital Ouagadougou for consultations. The issue has since also been added to the agenda of next week's African Union meeting in Ivory Coast, which is due to take place on November 29 and 30.

The Ivory Coast meanwhile finds itself at the heart of the crisis. 155 Ivorian refugees, including 89 women and underage migrants, were returned from Libya to the Ivory Coast earlier this week as part of a reintegration initiative launched by the European Union. Representatives of the Ivorian government, however, commented that the health of those migrants returned from Libya was in a "deplorable state". 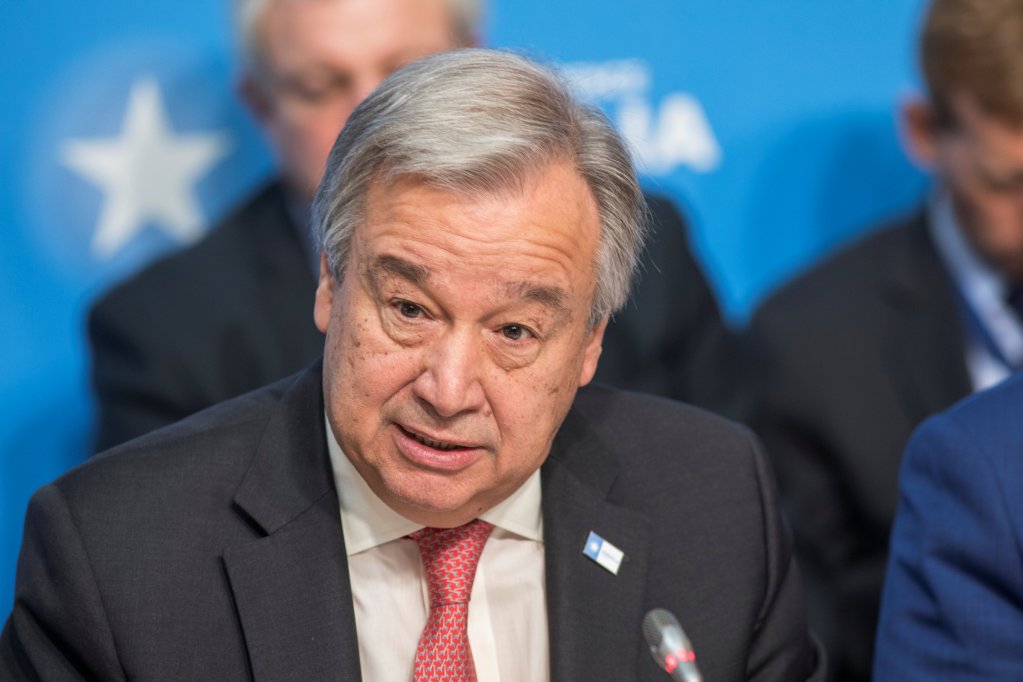 Protests meanwhile took place outside the Libyan embassies in several other African capital cities including Bamako, Mali and Conakry, Guinea over the weekend. Another protest is planned in London later this week. A protest outside the Libyan embassy in Paris spilled out into the famous Arc De Triomphe roundabout at the heart of the French capital.

UN Secretary General Antonio Guterres said in New York on Monday that "slavery has no place in our world and these actions are among the most egregious abuses of human rights and may amount to crimes against humanity," appealing to the Libyan leadership to investigate these instances and bring those responsible for the slave trade to justice. He stressed that he put all relevant UN departments in charge to look further into the issue.

Guterres added that all countries should join the United Nations Office on Drugs and Crime (UNODC) and sign its 2004 optional protocol on human trafficking. Libya's internationally recognized government, which is also supported by the UN, has announced that it will launch an investigation. The Vice Chairman of the Presidential Council of Libya Ahmed Omar Maiteeq announced that a commission would be established to that end.

The foreign ministry in a statement added: "If these allegations are confirmed, all implicated persons will be punished."

Most refugees stranded in Libya come from West Africa, from countries such as Nigeria, Guinea, Burkina Faso or Ivory Coast. Additionally, many Eritreans and Somalians are also among those who hope to find a better future in Europe. Oftentimes they use a route crossing Niger's desert city of Agadez, where they encounter human traffickers, who promise to get them to the Mediterranean Coast and on to Europe. That journey, however, often ends in Libya.

"Libya was hell," says Souleymane, a young Migrant from Ivory Coast. He told DW that he was held captive in the North African country for month. With the help of an initiative launched by the UN's International Organization for Migration (IOM), which he only learned about perchance, he managed to return home:

"I had to live in permanent fear of being picked up by a militia group and sold off as a slave."

Fighting human trafficking in northern Africa has been a top priority for the UN for years. However, there's little progress; on the contrary, the issue appears to have magnified in recent years, says Othman Belbeisi, the IOM Chief of Mission in Libya.

Belbeisi told DW that local militias often held refugees up to three months in dungeons in Libya in order to exploit them: "The problem is that most economic migrants don't have any kind of documentation on them and therefor do not cross official borders into Libya but rather make themselves completely dependent off people smugglers. It isn't rare that they end up being kidnapped, and if their ransom isn't paid they'll be sold off, tortured or even murdered."

He added that as long as legal ways of migration into Europe weren't facilitated many young Africans would remain motivated to enter such risks. According to the IOM, more than 160,000 migrants have so far managed to cross the Mediterranean Sea this year alone. Hundreds of thousands, however, are still waiting to make the sea journey to Europe. Nearly 3,000 refugees died since the beginning of this year on the perilous sea route.