German-backed center to help Ghanaians find their feet at home

A migrants advisory center has opened in Accra aimed at helping Ghanaians to find jobs and opportunities at home, instead of attempting the often treacherous journey to Europe.

"Nobody returning to Ghana will return as a loser."

That’s the message from German state secretary for economic development, Friedrich Kitschelt, to young Ghanaians who believe there are no jobs or opportunities in their own country.

Kitschelt traveled to the West African country this week with the German head of state, Frank-Walter Steinmeier, for the opening of a new migration advisory center in the capital Accra.

The center aims to offer help to Ghanaians who have failed in their efforts to flee to Europe, giving them a chance to resettle in their own country with assistance in finding jobs and starting up businesses. 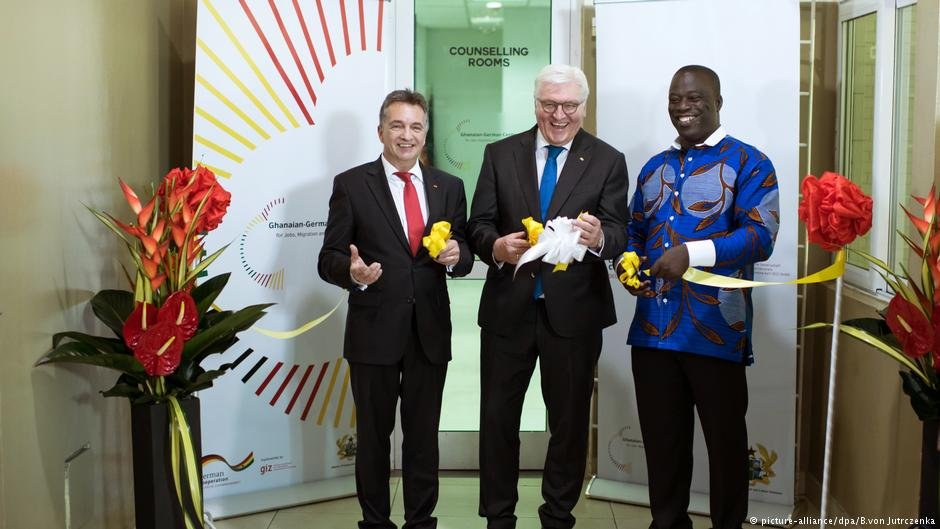 One of the main objectives of the new migration center is to provide information to young people about the risks involved in migrating to Europe.

Ghana has been one of the main countries of origin of migrants to Europe. In recent years, more than half a million people have left the country.

The German president says most people in Ghana are aware that young people who attempt to make the journey to Europe often end up in the hands of criminal gangs, but that has not stopped them from trying.

Several weeks ago, Elias Bon returned to Ghana from Libya, where he says he suffered abuse. Still, Bon is considering trying to leave again, because there are not enough jobs at home. 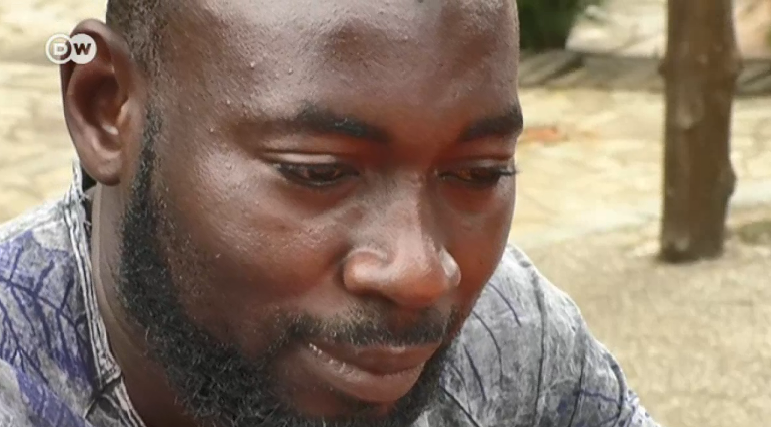 “When you come from a poor family, and you’re the only man in that family, it’s not easy,” Bon told DW in Ghana. “They are always looking to you to do something.”

David Tette, program coordinator at the new migration center, says many young Ghanaians are not aware of the employment and training opportunities that exist.

The center aims to counter misinformation as well as a lack of information. "If you are not well-informed, you make a lot of wrong decisions," Tette told DW. “The center won’t stop every young person, but at least it will help to inform those who are thinking about leaving what they are risking.”

Around a quarter of Ghanaians live below the poverty line set at one euro a day.