Children and migrants, doubly vulnerable at the Spanish South Border

Being a minor and a migrant is a tough combination, at least in Melilla (Spain) where scores of kids live in the streets waiting to flee Africa and start their European dream.

It's seven in the morning and the day begins slowly at the port of Melilla, a Spanish autonomous city in North Africa. The first sunlight reveals the first 'wall' of the city, an old military base located in front of the port. This is the point from where the migrant children dream of escaping to Europe.

Between 50 and 100 children from foreign countries, mainly from Morocco, sleep in Melilla's streets. They are between 10 and 17 years old, according to a report titled 'Rejection and Abandonment: Situation of children sleeping in the streets of Melilla,' which was done by the ICAI-ICADE Comillas University in March. 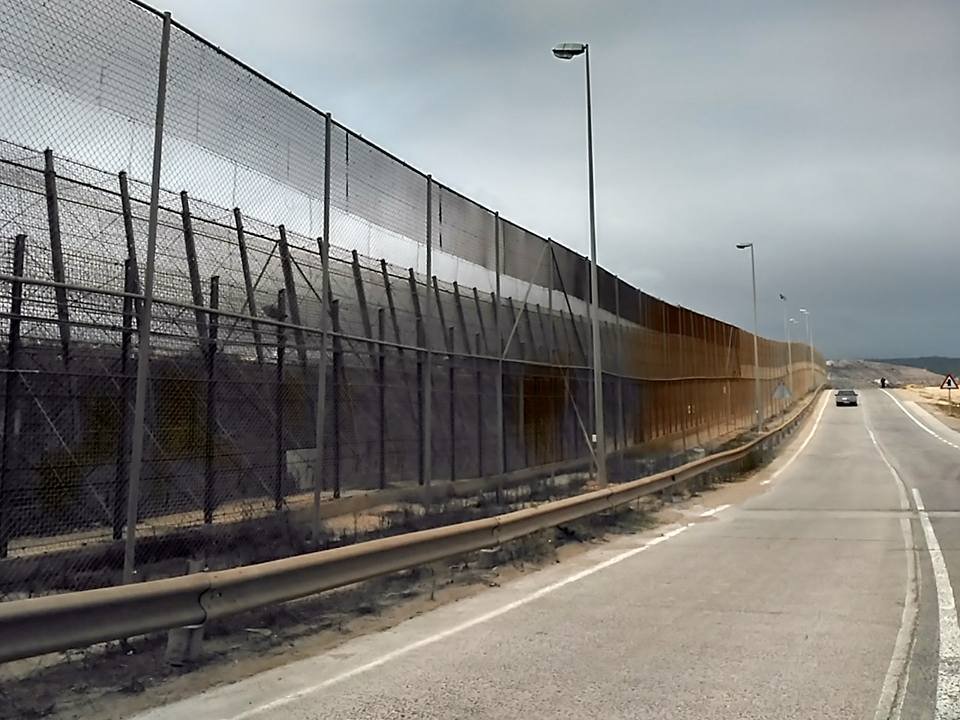 “It's a complex situation,” says Josep Buades Fuster, chief of institutional relations at Jesuit Refugees Services (JRS), a religious organization that was involved in the research of another report called 'Without Protection in the Border: Human Rights at the South Border, between Nador and Melilla' and published last year.

“Kids in the streets face the impacts of the weather on their health, the addictions that they are taking on, as for example glue sniffing, the population's hate with hard comments on social media and sometimes aggressive acts, and the risks of clandestine boarding towards the Peninsula,” he said.

The report also cited rape and prostitution as additional problems.

With a quick look around Beni Ansar (the town on the other side of the Melilla border, in Morocco) it is easy to understand why the kids risk their lives to come to Europe. Beyond the border control, there are small streets with some shops and a poor market built with wood and plastic. An arid landscape and harsh environment complete the panorama.

“The economic problems of families in Morocco forces many to abandon their children. For them Melilla is the European door and the solution to their problems,” says José Alonso, a Melillan lawyer and Human Rights Defender. “But Melilla is a transit point that becomes eternal”, adds Buades. 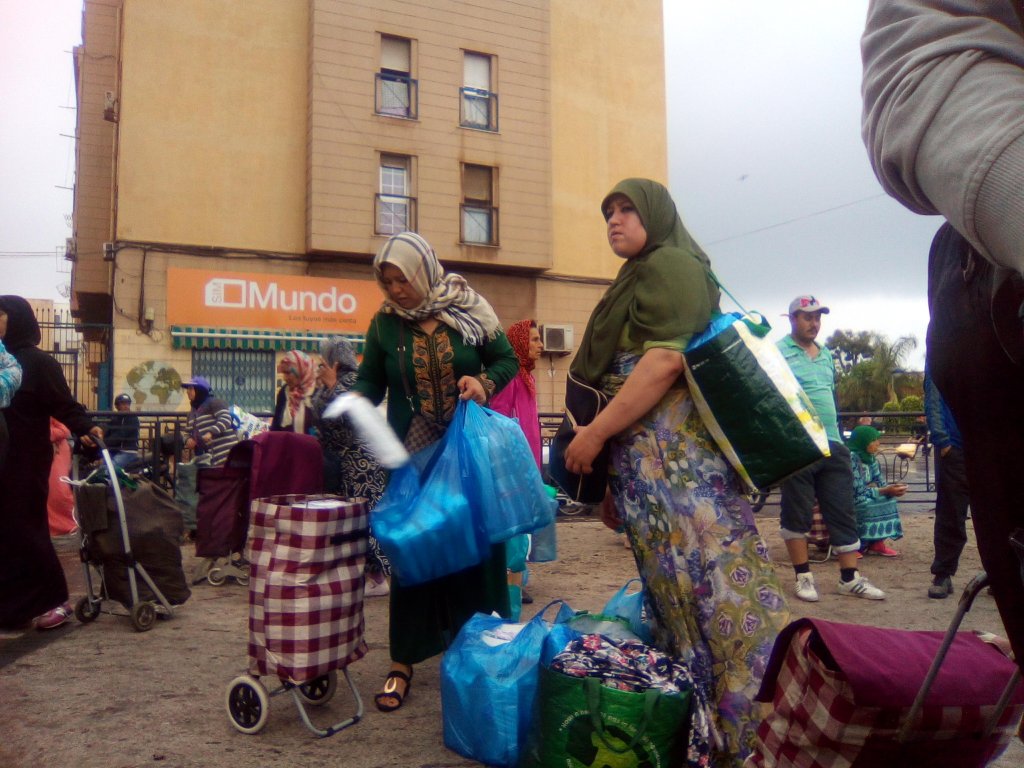 Both agree that kids are entering Melilla through the authorized border posts among the people that cross everyday to conduct cross-border trade in food and household goods. But unaccompanied children caught at the border are taken to the National Police Station, and placed under the supervision of the Social Welfare Department of Melilla into minor’s centers.

This practice began with children who arrived undocumented, but some of them don't stay a long time. “The kids realize that they are unwelcome and they don't have a future there,” adds José Palazón, founder of Prodein, one of the first non-governmental organizations that helps the children living in the streets.

“In these centers, there is a lot of racism. The children that are from nearby Melilla don't suffer discrimination because they have the same culture as the others that are inside, so they stay,” says Palazón.

Prodein was created in 1998. “There were 100 children, between 11 and 12 years old walking on the street. The kids were injured, they slept in garbage cans” recalls Palazón. “Since 1996 there is a law to protect minors, there was a guarantee, so we started knocking on doors, demanding answers,” he explains.

Looking for food, care and love

It's around 9 pm, and with his wife and other volunteers of the organization, they climb a mountain at the port area to feed the teenagers and offer them a hot dish, sometimes the only one during all the day.

While one of the volunteers organizes the line and prepares the dishes, another one starts to distribute water and bread. There is a fight because some of the kids want to eat twice but there is food enough for everybody. Others ignores the scene and look at the boats that will cross the sea soon meanwhile one of them jokes about all the cities that he needs to “risky” to arrive to UK and finally Canada.

Tonight, as once per week, they can take advantage of the expertise of a nurse who practices first aid services. "Some of them they are looking for some attention and care, and they want love", says one of the volunteers. “At the end, they are only kids.”

A question of papers 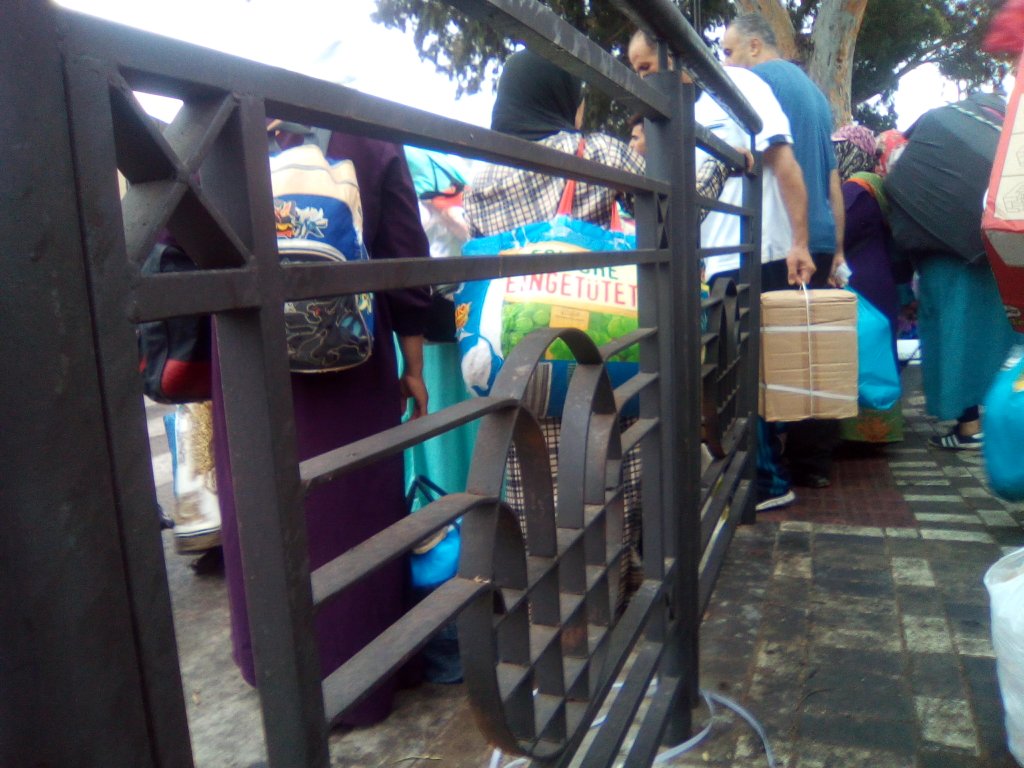 Health, education and documentation are the main problems facing these kids. Buades organization started to offer legal counseling services in mid-2016. Since then, they assisted around 70 youth. “There is a lack of political will with their documentation once they are 18 years old, to enter at adult's life. In public opinion, it is always necessary to avoid the 'pull effect' that could result from the success of a migratory path during adolescence.”

“This situation has caused many dropouts from the minors centers,” Alonso said.  “Nevertheless, after repeated complaints from NGOs to the Public Prosecutor's Office and the Ombudsman, “the documentation is now processed, but all kinds of impediments are put in place so that they can not obtain it”.

For this reason, kids don't trust Spanish authorities. ”There is a lack of confidence in the Spanish protection system: the problem now is to regain confidence and that will not be done in two days,” says Palazón.

But this is key to finish with this situation. According to Alonso: “solve the problem of documentation, giving them an exit and treating them with dignity, is essential so that these children do not end up on the street.”