Migrants in Greece aiming to travel further north to other EU countries often procure fake travel documents. InfoMigrants reporter Aref Gabeau went to Omonia Square, an infamous meeting point in Athens and talked to migrants who shared their experiences. This is his eyewitness account.

Greece is a temporary stop for refugees before continuing their journey to western and northern Europe, especially Germany, Sweden and the United Kingdom. But leaving Greece is not easy, as it often takes several months and there are some migrants who lose hope of leaving and remain in Greece after failed attempts to leave with forged passports and identity cards, which have been given to them by smugglers along with a plane ticket. Omonia Square in Athens is a common area for the passports to be distributed.

Omonia Square is a vibrant commercial area which has become a magnet for immigrants and refugees from around the world. Before going to the square, Greek colleagues and immigrants living in Greece alerted me to be cautious there, so I had to hide my profile as a journalist when talking to people.

I went to the square in the evening and wandered around. There were migrants speaking in different languages. I came across three men who spoke Arabic. They said they were Iraqis who arrived more than a year ago and put in asylum applications in Greece that were not yet decided. One of them said he would stay here because he could not leave his sick father behind and go to another country.

How could they leave Greece, did they have travel documents? I asked. The youngest of them, in his early twenties, answered yes and that he had tried several times but failed when they discovered him and the police arrested him at the airport before boarding the plane. "It's easy if you have the money. You can get a European passport and a personal ID card with the plane ticket for 3,000 to 3,500 euros but now it costs more," he said. 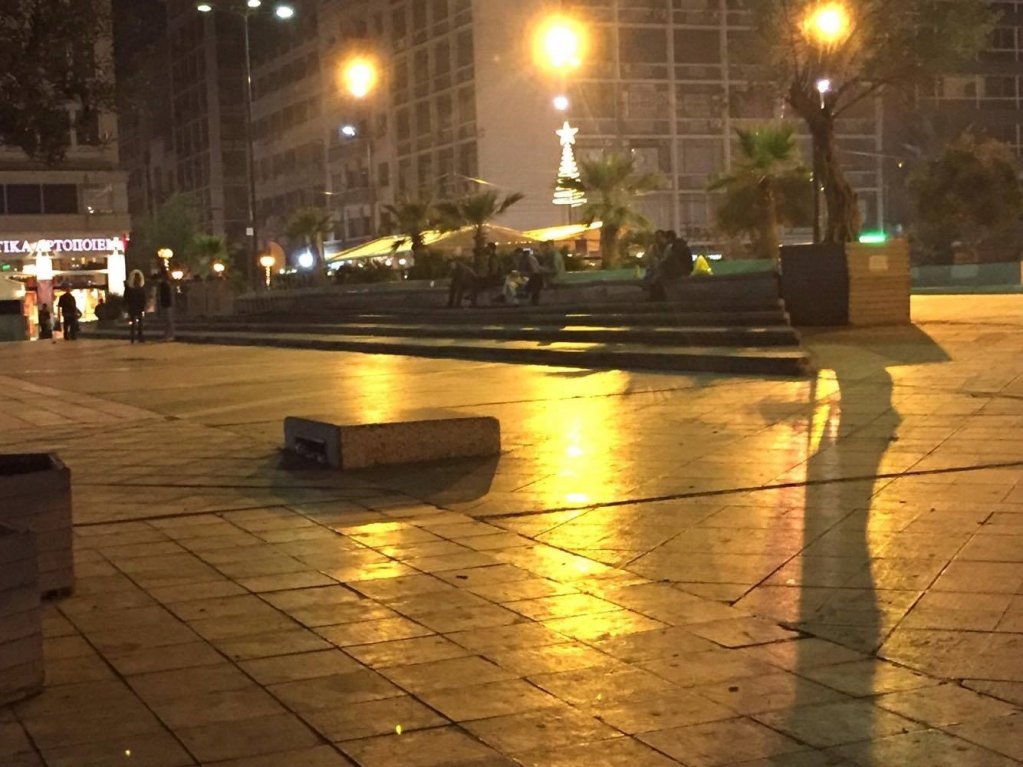 If you want the smuggler to ensure that you arrive in the country you want, you put in the amount with a third person who confirms the agreement. There are offices where the amount can be deposited. If you do not have this amount, you can get the documents for less than a thousand euros, but without the plane ticket and without a guarantee, they told me. "You have to pay in advance and if you are arrested at the airport you will not pay back the smuggler who gave you the document."

As a result of his experience and failed attempts to leave, one of the migrants suggested trying to obtain a refugee passport instead of a normal European one. "At European airports, they may doubt you due to the language issue. If you have a regular European passport and don’t speak the language of that passport, you will be discovered and arrested," he added.

When asked how they find out, he replied that at the airport “they often examine people my age. They don't check the women and men your age very much." He seemed to envy me due to the gray hair on my head, encouraging me to leave and get a cheap passport. "If you need help or details and information, we usually go back here in the evening and we can meet again," he said. "Do not trust the smugglers, do not pay them in advance, do not go with them or with anyone else. Do not put in your pocket more than 10 or 20 euros because they can ask you what you have"

I went to the other side of the square, looking for others I could talk to and ask about. A young man from Syria came to Idlib in the mid-1920’s and arrived here about eight months ago. I asked him if he had applied for asylum, he said he had to because he had failed to travel to another country in western Europe. "I tried three times to get forged Italian travel documents, but I was shackled and arrested at the airport for several hours and spent the night in prison," he said. When I asked him I could find a smuggler in the square, he laughed and said "No, of course, you will not find it here, it's not like the past, they're not here in the square."

You have to go to one of the cafes where you can meet a mediator to obtain forged documents. I had the same advice not to trust the smuggler and not to pay the amount in advance but to deposit it in a well-known office that seeks to convert and exchange currency. He also warned me to not go to the other offices in the evening or alone, because I could be robbed or assaulted, as what happened to a Syrian young man a few days ago when three people attacked him and assaulted him – they robbed him of about 300 euros and his mobile phone and threatened him with a knife.

I left Omonia square in Athens and arrived at Monastiraki square in front of a metro station in the old city below the Acropolis ruins, and wandered into the square, taking pictures. I heard two young men speaking Arabic, one of whom was in their mid-twenties and the other one more than twenty or maybe less. I spoke with them about asylum in Greece and the possibility of traveling to another European country. The first said that he did not have enough money. He applied for asylum in Greece and will stay here until he obtains a residence permit and a refugee passport, after which he can travel to another European country. 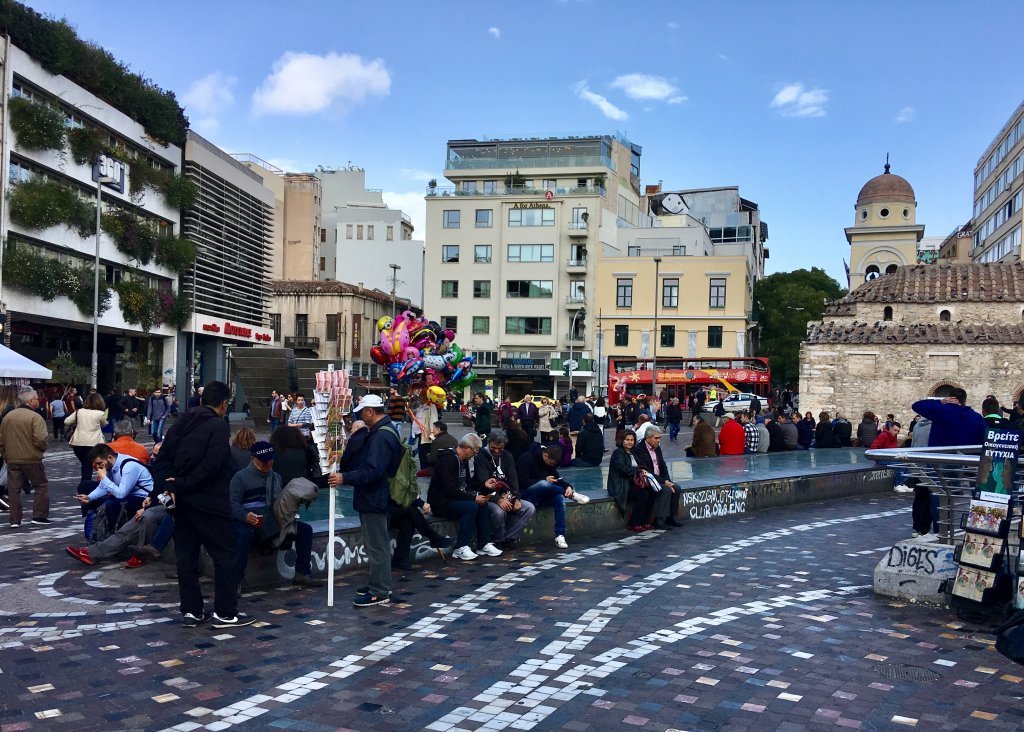 The young man said he arrived in Greece last summer and that he had to get asylum here after eight failed attempts to leave with different European passports and personal identification cards. He also confirmed that there are smugglers who distribute passports but are very expensive now, ranging from 3500 to 7 thousand euros.

When asked about the nationality of smugglers and intermediaries, they said they were of different nationalities, including Iraqis, Syrians, Afghans, Algerians, Pakistanis and others. The top smugglers are known as the the "Teachers" but you can't communicate with them directly.