Thousands of women have lost their loved ones to human smuggling networks in parts of central Pakistan. One mother took a stand, challenging an agent mafia, federal authorities and a corrupt system.

Gujrat district in Pakistan’s eastern province Punjab has long been considered the hub of human smuggling activities in the region. In the last few decades, hundreds of thousands of people from this area have migrated to and settled in different countries across Europe. Many have lost their lives in the attempt.

Shaikh Faisal, a resident of Jalalpur Jattan, a small city in Gujrat, left for Europe in August 2016. He was not one of the lucky ones. But this story is not only about him. It’s mainly about his mother, Rehana Bibi, a woman with extraordinary courage who stood up against the local ‘agent mafia’ to avenge her missing son. 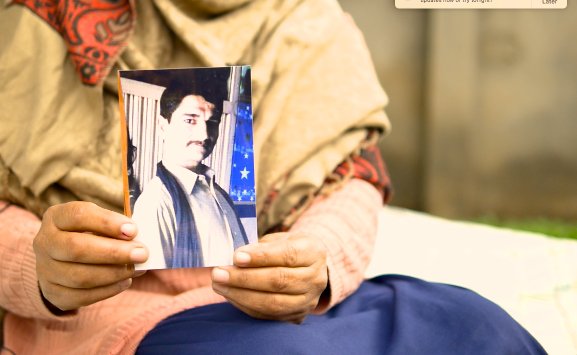 Another victim of ‘agent mafia’

“He told me that he was really afraid” Rehana Bibi said while recalling her last conversation with his son. Talking to InfoMigrants she added, “ he asked me to let go of him and leave him at God’s mercy … and I did .” This was the last time she heard from his son.

Twenty-eight year old Faisal was obsessed with the idea of a life in Europe, just like many others from his area. Growing up in a small city, the young man saw little future for himself in his hometown. Rehana Bibi succumbed to the wishes of his only son, unaware of what lay ahead. Faisal left for Greece in August of 2016.

Rehana Bibi told InfoMigrants that Gulfam Q. was the main agent who arranged for Faisal’s illegal journey to Europe via Iran and Turkey. She paid a sum of 40,000 rupees (around 300 Euros) initially and was assured by Gulfam Q. that the rest of the sum will be taken later after Faisal had reached Greece. But this was a lie.

After Faisal’s departure, Gulfam Q. and his subordinates demanded money from Rehana Bibi on a regular basis. They fabricated a story about how Faisal’s progress required more money and the desperate mother fell deeper and deeper in the trap. There came a point when she could not afford it anymore.

Rehana Bibi still clearly remembers that day in a chilly autumn in central Pakistan. It was sometime in October and she was sitting in her yard when she received the phone call from her son. “He sounded desperate; he didn’t want me to go through any more trouble and asked me not to pay the smugglers anymore,” she said. With tears in her eyes, Rehani Bibi added, “that’s when someone took the phone and told me that I should consider my son dead.”

That was the last time she heard from his son or the smugglers. She waited for a phone call nonetheless. She waited for Faisal’s typical knock at the door or any news of him, but hours turned into days and days into months. Silence is all she got in return.

Sheikh Faisal was reported missing in October 2016 in Doðubayazýt, a district of Turkey’s Agri province along the border of Iran. It was a time when the deal between the European Union and Turkey (signed on March 18, 2016 and in effect from April 1, 2016) to stem the flow of illegal migrants from Turkey to Greece was taking effect. In return for three billion euros of aid, Turkish authorities cracked down against human smuggling networks in the country and the flow came to a halt. Syrian and Iraqi refugees in Turkey were prioritized while many from Pakistan and Afghanistan were left at the mercy of the smugglers.

However, the journeys became riskier. 5,096 refugees were reported dead or missing. Last year, just 172,332 arrived in Europe and 3,081 died or got lost along the way in trying to do so. The controversial deal did deliver the required results but at the expense of many like Sheikh Faisal. 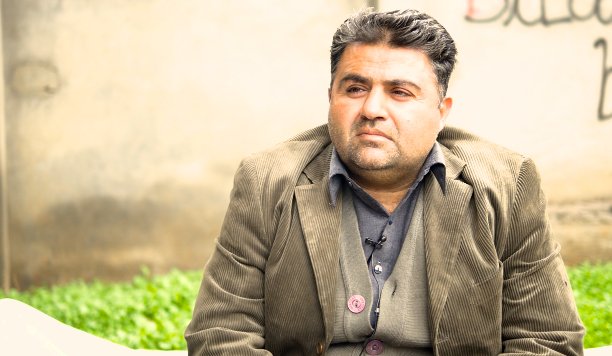 Rehana Bibi’s desperation and sorrow quickly turned into anger. She soon figured out that waiting or false hopes may not prove futile and took to the streets. Rehana Bibi raised her voice and demanded justice via staging a protest in Jalalpur Jattan and followed it up by filing a report against Gulfam Q. in June 2017.

Pakistan’s Federal Investigation Agency (FIA) conducted the investigation and seven people from the neighborhood were identified as agents who played a part in Faisal’s disappearance or presumed death. The investigation was quick and all except the main accused were arrested. But then, reality struck.

Rehana Bibi told InfoMigrants, “I got a number of phone calls from agents. Some demanded 600,000 rupees and the withdrawal of the case in return for Faisal’s body while others just threatened to kill me.” Having lived the sorrow of losing a son, the threat of death was not a particularly troublesome one for this woman. So the smugglers raised the bar. Rehana Bibi was accused of selling drugs and prostitution. In a conservative part of Pakistan, such allegations can have terrible consequences for a woman. But this was no ordinary woman.

Rehana Bibi fought her case right with vigor. She is employed as a sanitary worker at a local school. Her income covers the costs of court proceedings. All except one agent responsible for Faisal’s fate are behind bars and their bail applications have been canceled.

However, the local politician and member of the district council Mohammad Shahbaz is less optimistic in light of corrupt practices endemic to the local system. He told InfoMigrants that most probably all the accused will be released. He said, “the main accused Gulfam Q. is still not in custody while his subordinates who operate in different neighborhoods of the city are behind bars.”

According to Shahbaz, Rehani Bibi’s family has already spent over 400,000 rupees (almost 3,000 Euros) on sending Faisal and then on the trial. “They are deeply indebted and cannot continue this for very long. On the other hand, the human smuggling mafia has no shortage of financial means. Eventually, the tactics of threats and bribery will win and these uneducated villagers will be on the losing end. 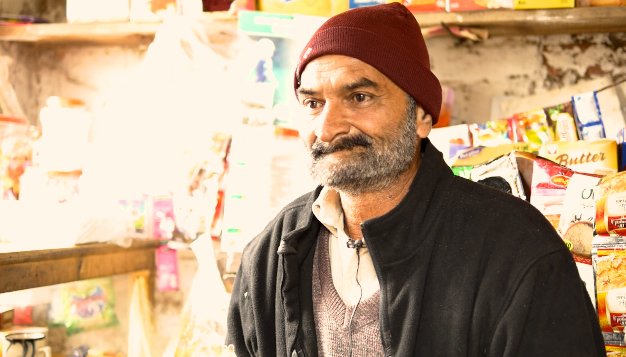 Human smuggling from Pakistan ‘on the decline’

FIA’s Director of Immigration, Tariq Malik, who oversees the agency’s operations against human smuggling and trafficking, claimed in November 2017 that human smuggling significantly decreased in Pakistan in 2017. He was quoted in local media saying that this was due to “strict law enforcement by Pakistani authorities, less incentive for smugglers owing to stringent measures by European countries and improved international coordination to combat the issue.”

FIA nabbed 326 land route agents in 2017 for helping people to illegally cross the porous Western border into Iran. Another 400 proclaimed offenders were also caught last year while the agency claims to have prosecuted about 2,000 people in 2016.

However, Malik admitted that human smuggling is still going on in the country especially through the porous Baluchistan border.

Far away from FIA’s office in the capital Islamabad, a household in Adda Tam Tam Baghdadi neighborhood of Jalalpur Jattan is without perhaps its most important member. Sheikh Faisal left behind a mother, a young sister and an ailing father. Idrees Ahmed, his father, runs a small shop at the corner of the house. A grown up son’s loss has not just broken Ahmed, it has also put him under immense pressure for the bread and butter of the family.

Meanwhile, Rehana Bibi has found solace in the fact that she took a stand. “I want my son back, is there anything that can bring him back?” She added: “But at least these agents and human smugglers will remember what a mother can do when you take her son away from her.”