Sharing flats with refugees in Germany

For some refugees who have come to Germany, getting out of emergency accommodation and into a 'real' home means they can start to move forward with their lives. Holly Young met some flatmates in Berlin who have found a good arrangement.

It was a huge relief for Aghiad, 30 years old, to finally find a room of his own. He met Susanne, 28, through a friend at Be An Angel, an organization helping to connect newly arrived refugees in Berlin with locals looking for flatmates. Since meeting Susanne over a coffee, the pair have lived together in Neukölln, Berlin, for almost two years.

It is a flatshare between an old and a new Berliner. Susanne, who is currently finishing her masters and was born and raised in the city, enjoys living in Neukölln. “I like places that aren’t too calm,” she explains. For Aghiad, it is the anonymity and diversity of the big city that appeals. “Berlin is a big city with people from every corner of the world,” says Aghiad, originally from Syria. “I’m not seen as a foreigner here and I like this feeling — that I am not a stranger.”

Aghiad had decided to leave Syria when the war intensified, and after spending time in Lebanon made the journey to Germany. After arriving in summer 2015, in a city with an increasingly constricted housing market and thousands of refugees that still lived in mass emergency shelters by summer 2017, Aghiad knows how preferable this housing situation is compared with the alternatives many others face. 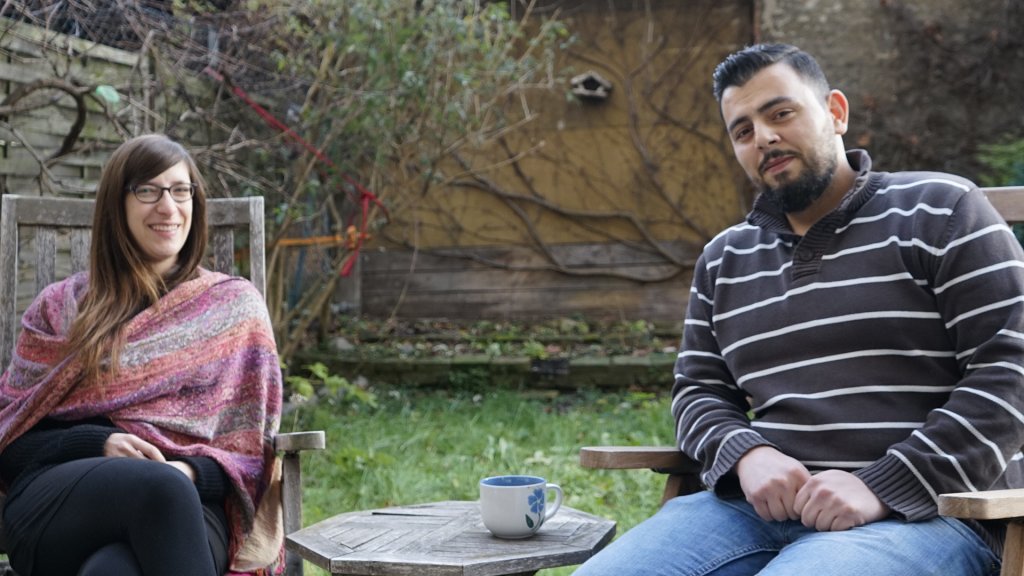 “Most of my friends lived in camps,” he says. “It depended on how lucky you were — some were in nice places, but mostly they were bad. I remember staying one night in a basketball hall. It was so loud you could barely sleep. People were shouting throughout the night.” Before finding a room with Susanne there was period where he was almost on the streets, at one point having to travel down to Munich just to sleep on a friend's couch. Finding a stable living situation has allowed him to concentrate on finding a job and applying for university. “You don't feel like you are settled until you have found a home,” he says.

The day Aghiad moved in, he was nervous. It was his first time living in a flatshare. Back home in Syria he had lived with his family. “The concept wasn’t clear to me,” he says. "I was worried I would do something wrong or break something.”

“I tried to make it clear straight away that it was not my flat that I was renting to him, it was our shared home,” explains Susanne. “I had to keep telling him he didn’t need to ask permission to do things in the house.”

There is a discomfort that Susanne and Aghiad share in the media stories that make a novelty out of such arrangements, or portray sharing as an act of charity. “I’ve lived with lots of different people — including other Germans,” says Susanne. “How it works out always comes down to the individual people, and has nothing to do with where they come from.”

Yet Aghiad, who is hoping to study business law at university in Germany, can also see the benefits of flat sharing for his new life in Berlin. “It is the best way to learn the language for example,” he says. “I know one guy from Syria who never had proper German lessons but is now C1 level just from living with a German family."

After speaking English together for the first year, Susanne remembers the moment they switched to German. “One day he suddenly started speaking to me in fluent German,” laughs Susanne. “I was able to show him how locals speak, because sometimes after he came out of his lessons he would speak like Goethe or something. It was very polite, but also very funny.”

Hanan Kayed, from the digital platform Flüchtlinge Willkommen, argues that learning the language is just one of many advantages for refugees in being placed in shared housing with locals. “If you are living in mass accommodation, as many have been in Berlin, you are segregated from the rest of society,” explains Hanan. “It is a form of ghettoization. If you are living with locals you learn the language faster, get in touch with people and all the little steps you need to integrate into society are a little bit easier.”

Founded in 2014, Flüchtlinge Willkommen now has offices in Berlin, Leipzig, and Hamburg, and helps to facilitate newly arrived refugees finding a room in shared housing. They see people from a whole range of different walks of life signing up and aim as far as possible to facilitate good matches — pairing shared languages and similar interests together — to help ensure the possibility of a long-term housing solution.

As the shortage of affordable housing in Berlin has risen, their job has become increasingly difficult, with demand for rooms, particularly in the capital, far outstripping those available. “In 2015 we had a huge amount of free rooms and now very few,” explains Hanan. “Partly this is because the housing market was much better in 2015. But it was also because in 2015 Germany was thinking we really need to do something to help. I think many people don’t realize how many refugees are still living in mass accommodation in the city. But bad media coverage and right wing politics are also having an impact.” 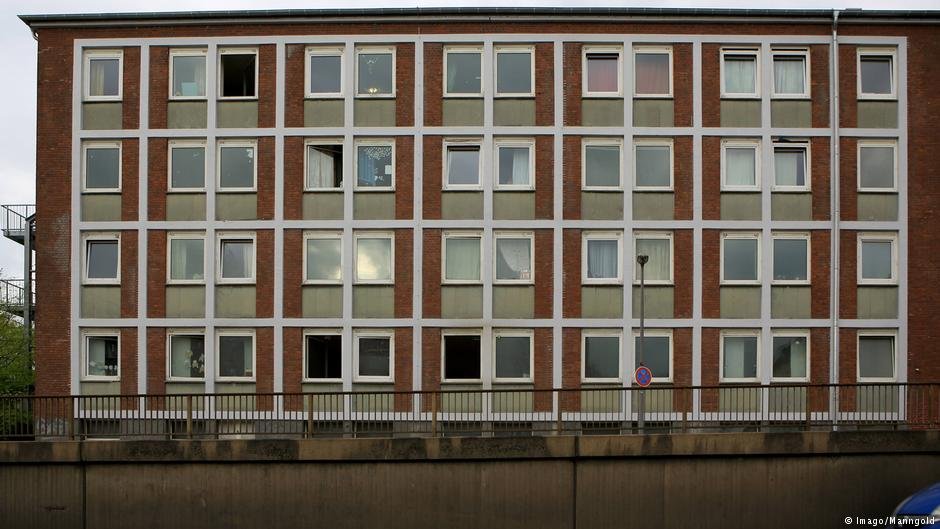 When pairings haven’t worked out, it has been down to personality clashes, just like it is in any other shared house between flatmates, says Hanan. “We’ve heard from many people where it has worked out really well and some that have become great friends,” says Hanan. “As a housing arrangement it also has a huge benefit for the flatmates. People realize this is a person and not just a ‘refugee.’ This has made a huge impact.”

For Ulrike Lessig and Yousef Sprecher in Wilmersdorf, the light in the hall has become a useful secret sign at home. The flat is built in an ‘L’ shape allowing them both to have their own space at either end of the house. “When he is listening to music, I can be talking on the phone or watching TV without any problem,” says Ulrike. “There is a lamp in the hall that we keep on if someone is out. So we always know if the other one is in.”

Ulrike and Yousef were, like Aghiad and Susanne, put in contact through a mutual friend at Be An Angel. Ulrike, 57, a social worker, was looking to fill a spare room in her apartment after her son moved out. Yousef, 31, who had spent months in a refugee shelter in Marzahn after arriving in Berlin in August 2015 from Syria, was looking for a flat after finding a job with a TV production company.

The pair have now lived together for over a year. “It was quite simple, we understood each other straight away,” says Yousef. “We really enjoy each other’s company, but we also both like our own space. And so we both respect each other’s privacy.”

Ulrike has been in Berlin since 1983, has seen the city evolve over the decades. She remembers sitting with her newborn son watching the Berlin wall fall on TV. Yousef is skeptical of the media coverage of the role of refugees in the latest chapter of the Germany’s history. “They often present stereotypes of refugees and I am dealing with this in my life everyday,” says Yousef. “But I am not a stereotype. It’s like a full time job just showing people I’m not who they think I am. Sometimes people see me as a ‘refugee’ and not as an individual.”

For Yousef, a new Berliner, the city has allowed him to break down social and creative walls in his own life. “I’m learning music production in my spare time and planning to perform some electro and techno,” says Yousef, who ran his own company back in Aleppo.

While it may take much more than finding a room of your own to feel at home, it’s been an important part of the puzzle for the bigger love affair Yousef has experienced since 2015. “Berlin was better than even my wildest expectations,” says Yousef. “I never imagined there was a place where people could be themselves without being judged. It’s more than just living in a place, I finally found myself in this city. I finally felt at home.”