Court case: details on refugee’s violent past come to light

Afghan refugee Hussein K. stands trial on charges of rape and murder of a 19-year-old woman in the German town of Freiburg more than one year ago. Details about previous crimes have now surfaced in court.

In October 2016, German university student Maria L. was brutally murdered: her assailant raped her, strangled her until she was unconscious and then threw her in the river, where she drowned. It all happened on an autumn night in Freiburg, a town in southern Germany, known for its youthful flair. Hussein K., a refugee from Afghanistan, has confessed to the charges but remains quiet about other possible offences.

Evaluation of Hussein K.’s mobile phone data has now provided information about his exact location and movement on the night of the murder. The data shows that he had been at the crime scene that night, an expert of the criminal police said in front of the district court on Monday. Hussein K. had spent around an hour and 45 minutes at the scene and did not leave until the early morning hours. This contradicts the defendant’s initial testimony.

After hearing the statement by his colleague, the head of the criminal police in Freiburg, Peter Egetemaier, explained: “As of today, the version of having acted on impulse is obsolete.” Egetemaier was satisfied with the progress made in the investigation, as German online media Die Welt reported.

The police had commissioned cyber-experts of a private hacker company to crack the mobile phone. The information stored provided insight into details such as altitude and movement tracked precisely up to the minute. According to the data, Hussein K. had been waiting for his victim around 30 minutes. 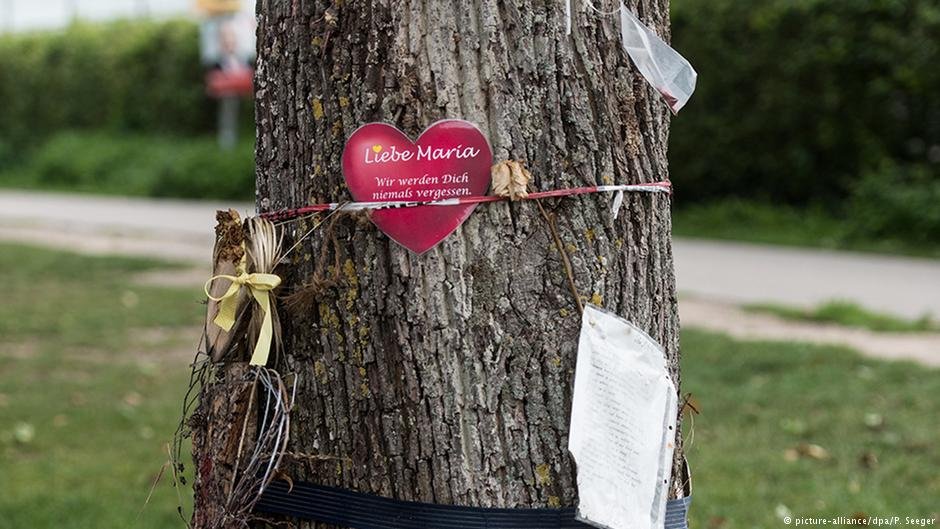 Another witness account in front of the court on Monday has put further pressure on the defendant. As Spiegel Online reported, Mohammed M., an Afghan refugee living in Berlin, testified to having met Hussein K. in Iran six years ago while visiting his sister. He had recognized Hussein K. on television and had contacted the police. From connections of his sister’s, Mohammed M. was told that Hussein K., who came as an unaccompanied minor to Germany and claims to be 19 years old, was in fact 22 or 23 years old. Other assessments by German authorities also question Hussein K.’s real age. A medical age check will be relevant when it comes to the legal sentence.

Mohammed M. however, made further charges, saying that Hussein K. had been part of two rape cases in Iran, on the one hand, that he had raped a 15-year-old boy together with three others, and on the other that he had raped a 12-year-old girl. The case had never been prosecuted because Hussein K.’s parents had come to an agreement with the parents of the victim, Mohammed M. explained as reported by Spiegel Online.

Investigations show that Hussein K. had been under arrest in Volos in Greece because of attempted murder and theft. The charges of the Greek authorities were shared in court in Freiburg on Monday. According to the documents, Hussein K. had attacked a young woman on a coastal road in May 2013, grabbed her purse and threw her down a slope 10 meters deep. The woman was severely injured. Hussein K. was sentenced to nine years in prison but was released early. His asylum application in Greece had been rejected – that’s when he went undercover, traveled to Germany and filed for asylum in Freiburg in November 2015, without any papers.

A court ruling in the case of Hussein K. is not expected before March of this year.