Elaionas: a refugee camp in the heart of Athens

Over 1,500 refugees and migrants reside in the Elaionas camp in downtown Athens. Their living conditions are rather poor - but substantially better compared to the Greek islands. Jannis Papadimitriou reports from Athens.

Rokala just got back from his Athens gym. In Afghanistan, he used to play football, in Greece he is a potential heavyweight fighter. He needs the workout; it makes him feel at home.

“In the gym, I meet many Greek friends and it’s great to spend time with them”, he tells InfoMigrants. But can he really afford this hobby? “Sure, it’s only ten euro per month and I go there by foot” he says.

Unlike many of the other refugees from his country, the 22-year-old shows no interest in prosperous Northern Europe. He has applied for asylum in Greece and feels like he fits in. He would love to start a new life in Athens, where he arrived eight months ago. The next step would be renting an affordable apartment in the city center. Estimated cost: About 300 euro.

For the time being, the young Afghan is one of 1,500 refugees and migrants hosted in the camp of Elaionas, in the heart of the Greek capital. It is a so-called “open structure”, allowing residents to move in and out all day, walk around and communicate with Athenians. 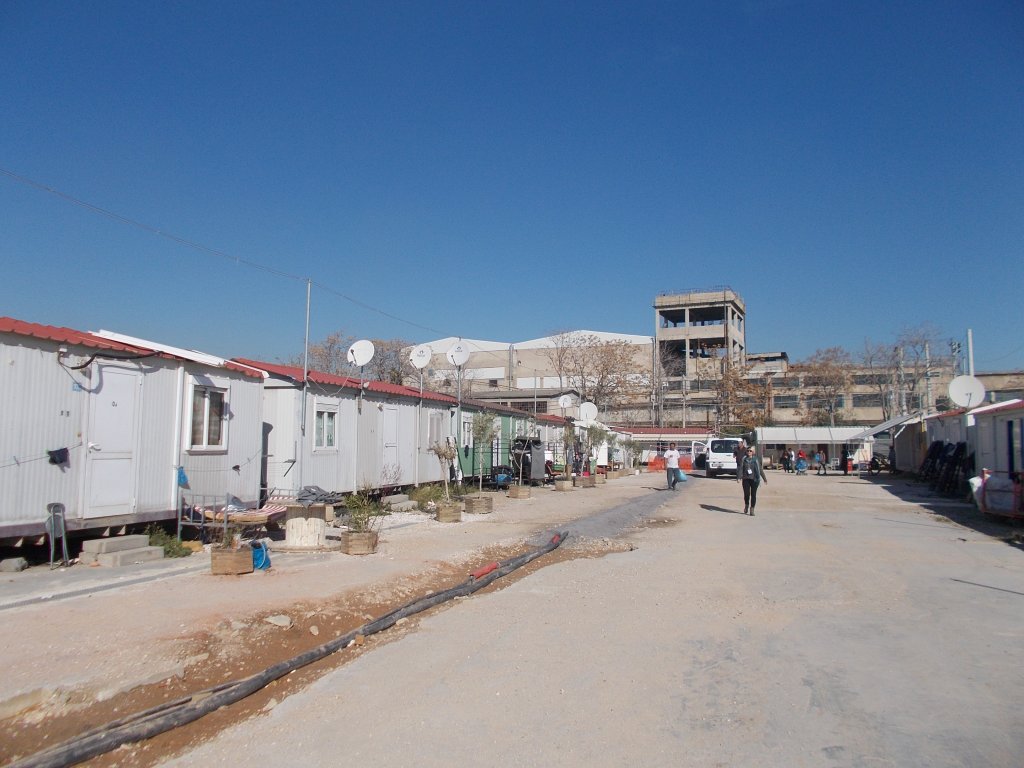 At first glance, the neighborhood looks run-down and uninviting: junk yards surround the campsite, warehouses and car-repair-shops popping up on every corner. But the legendary Omonoia Square, a focal point of urban life, is only 1.5 km away. Camp residents mingle with other migrants, who have acquired the right of permanent residence and now live in apartments.

Elaionas was the first camp to open in mainland Greece in August 2015 with a total capacity of 2,000. Today the site hosts more than 1,500 refugees and migrants in containers. Most residents have applied for family reunification in Central and Northern Europe. They come from Afghanistan, Syria and sub-Saharan African countries. 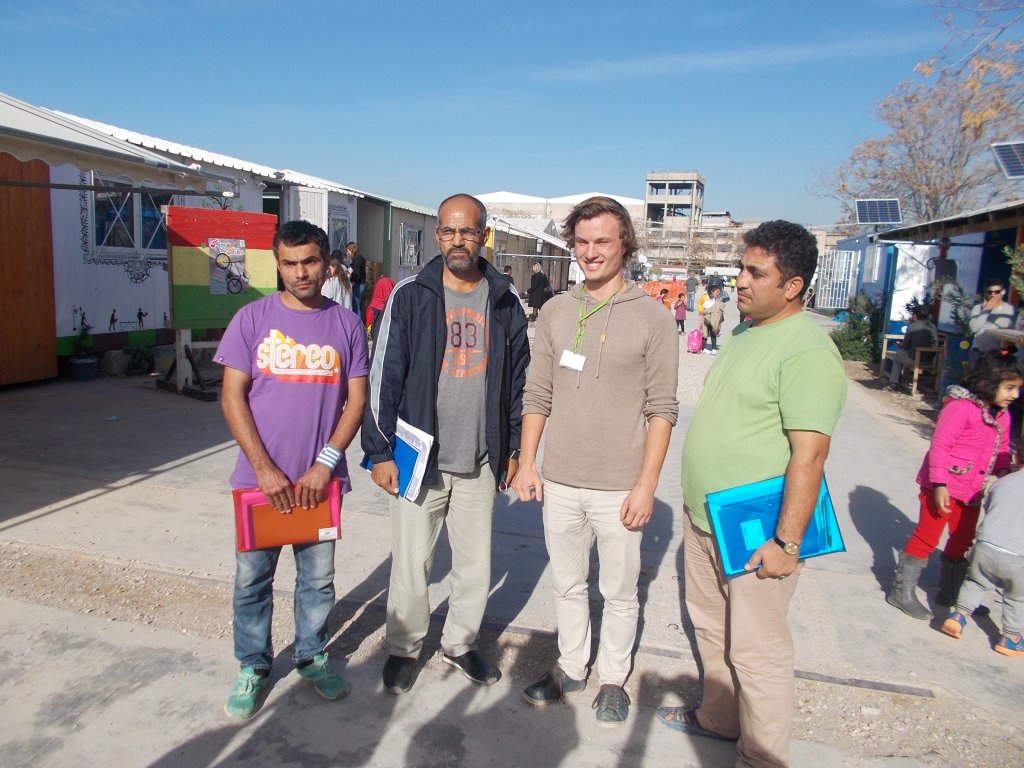 Hoping for a life in Northern Europe

Muhammad Wali Heidari sees his dream come true. He was recently accepted for family reunification in Switzerland, where his two children are living. Bureaucratic processes took more than a year, but soon the waiting will come to an end. The 50-year-old man from Afghanistan spends his time in the camp, enjoying his last days of Athenian sun. Every morning Muhammad makes his own bread in an old-fashioned oven and shares it with neighbors. He appears relaxed, for he has reached his goal. “Soon I will get my ticket to Bern, I cannot wait to see my children again” he says. In a nearby container, volunteers are giving German lessons for free. No text book required, only elementary German in everyday situations is practiced here. For Valentin Laasch, a medicine student from Hamburg, this is a demanding, but extraordinary experience. “In Germany, I have a waiting period of one year before I am allowed to start my medical studies. In the meantime, I really want to do something meaningful. That’s why I’m here, giving lessons in the camp” he told InfoMigrants. 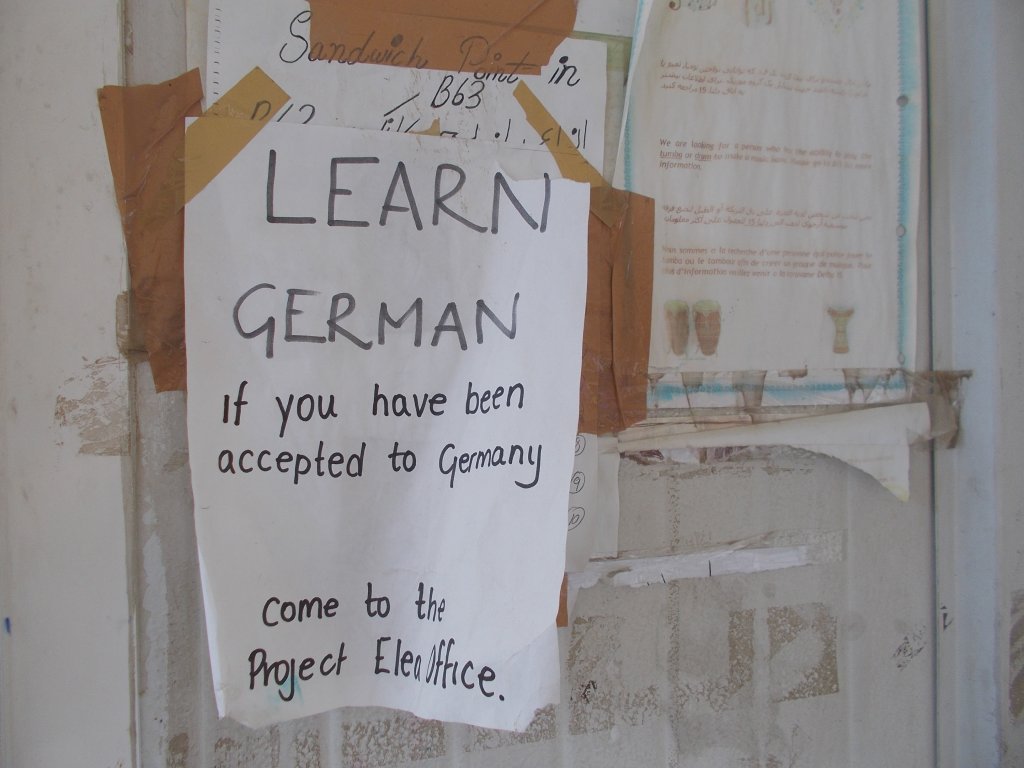 Outside his class, a handwritten notice serves as an invitation: “Learn German if you have been accepted in Germany”. Jaret from Afghanistan is already taking lessons, trying to improve his skills. In an ideal world he would have started working to earn some extra money for him and his three little children.

In theory, it’s possible and legal. Refugees living in open camps on the Greek mainland are allowed to seek work and there are several NGOs that can help  with formalities. But Jaret adds: “It’s quite difficult to get something here in the neighborhood, not even native Greeks can have a job nowadays.” 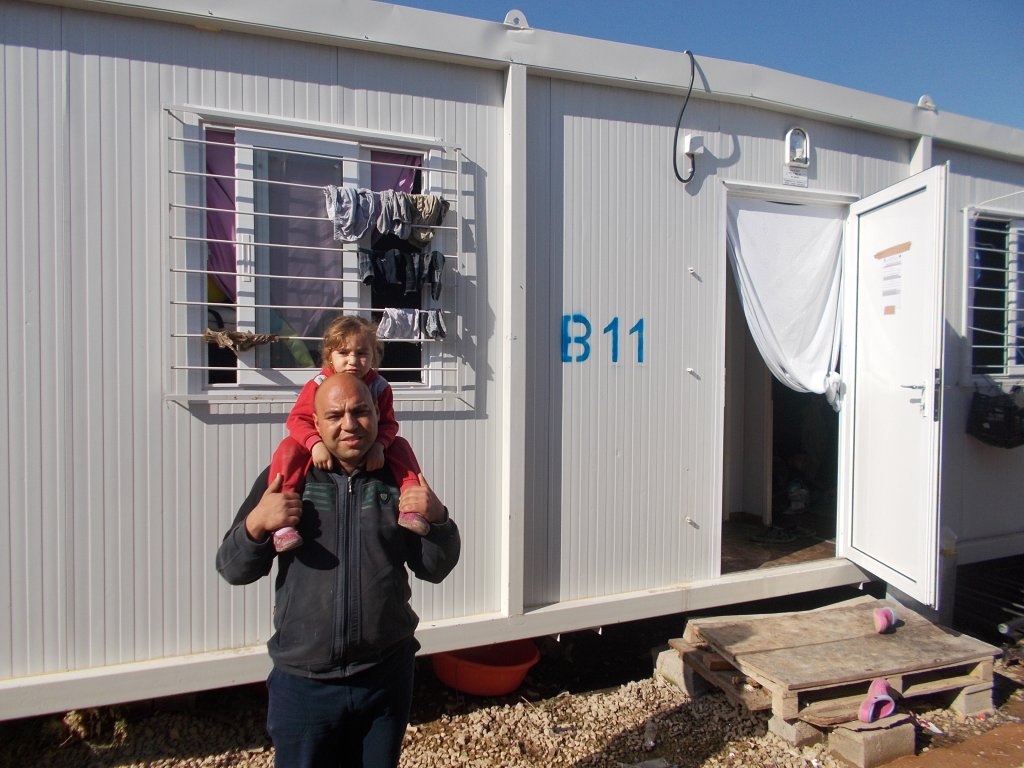 With or without a job, most residents in Elaionas are getting tired of waiting for the Greek authorities and other European countries to decide their future. “I have applied for asylum, but the procedures take too long. It’s not about me, I only wish a better future for my children” says Haled Daraseni from Aleppo, Syria. Besides, he blames living conditions in the camp. “We came here from the island of Lesbos. Upon arrival they gave us only blankets and no mattress. But my wife is pregnant, she urgently needs a mattress”, he says.

In a nearby container we meet Alaa Jielati from Syria, who also arrived with his family from Lesbos. “So far, we only get food in the camp. In the next days we will probably receive cash, but then we won’t get any food” he explains.

According to current regulations, every family receives up to 450 euros per month after registration in Athens. With this money, residents buy their own food and prepare their meal in the camp. One refugee puts it in a nutshell: “Conditions here are better than in Lesbos. But even Lesbos was better than Syria.”