On December 7, 2017, the European Court of Human Rights found that Bulgarian authorities had held the children of an Iraqi refugee family in unacceptable conditions. Infomigrants looks at the rights of children who are held in administrative detention.

In August 2015, an Iraqi asylum-seeking family traveling to Western Europe was intercepted by Bulgarian authorities on the Bulgarian-Serbian border and taken to a detention center in Vidin, Bulgaria.

The judgment from the European Court of Human Rights described how the parents and their three children were put in a run-down cell that had paint coming off the ceiling. The floor was covered in dirty, damp cardboard sheets. The family was not given access to toilet facilities and was held without food for 24 hours. The total time in the detention cell, according to the family, was 41 hours. The Bulgarian authorities alleged it was 32 hours. The family was later granted international protection in Switzerland and decided to take their case to the European Court of Human Rights.

The three children were aged 16, 11 and 18 months. The court looked at the case-law on people held in detention, and the particular vulnerability of children. It found that the conditions in the Bulgarian detention cell were not suitable for children, even for a short period of time. The court found that the children had been subjected to "inhuman and degrading treatment," which was, among other things, a breach of Article 3 of the European Convention on Human Rights (ECHR). 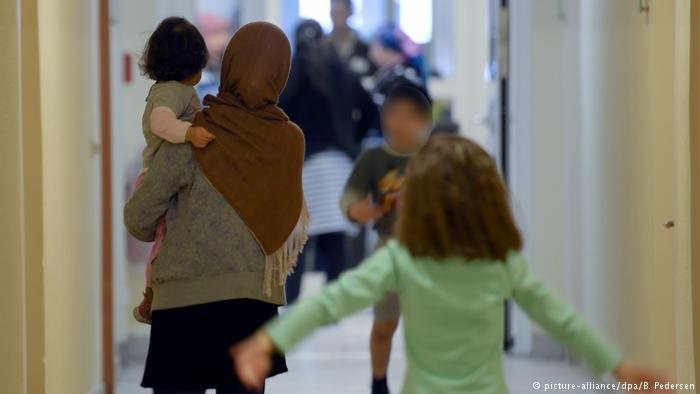 What is ‘inhuman and degrading treatment’?

The benchmark for what is considered to be "inhuman and degrading treatment" for children held in detention was established in an earlier case from 2012, called Popov and France.

In this case, a young family from Kazakhstan had been denied asylum in France and was put in a detention center pending deportation. The decision to deny them asylum was later overturned, but before this happened, they were held in administrative detention for fifteen days at the Rouen-Oissel detention center, which was decrepit and overcrowded.

The family had two children: A three-year-old girl and a three-week-old baby. When they arrived at the center, the baby's milk was taken away from them and they had to negotiate with the guards to get it back.

The three-year-old girl was repeatedly threatened by guards at the center, who told her she would be "taken before a judge" because she did not like the food at the center. It was extremely loud, as announcements were continually made over a loud-speaker system, which was difficult for the small children. The bedroom windows were covered with a tight grill that blocked the view of the courtyard outside, giving the feeling of imprisonment.

In this case, Judge Power-Forde considered the threshold of what treatment would be considered "degrading." She held that it would be "when it arouses in its victim’s feelings of fear, anguish and inferiority capable of humiliating and debasing them and, possibly, of breaking their physical or moral resistance."

What rights do children have?

In both these cases, the court found that it was particularly the children in these families who had suffered. The parents' suffering was not considered to have been severe enough to have been a breach of the ECHR. In looking at the treatment of children, as well as the ECHR, the court cited the European Union Charter of Fundamental Rights. Article 24 reads as follows:

The court also referred to Article 18 of the European Union’s "Reception Directive" (2003/9/EC), which lays down the minimum standards for the reception of asylum seekers:

Importantly, in Popov v France, Judge Power-Forde restated the position of all asylum-seekers under international and European law, which is that they "are entitled to be treated with dignity and respect. They have committed no crime. They have exercised their right to seek asylum in a country governed by the rule of law. At every stage in the asylum process, they retain the dignity that inheres in every human being."

"States may be entitled, in accordance with law, to detain illegal immigrants pending deportation but they are not entitled to forget that they are detaining human beings who have the absolute right not to be subjected to inhuman or degrading treatment."