More than 350 refugees and migrants live in the provincial capital of Kavala in Northern Greece. During the refugee influx of 2016, most residents had welcomed or at least tolerated the newcomers to their picturesque town that was built by refugees in the early twentieth century.

Abdulrahman Al Zafiri is a young man from Kuwait, but in strictly legal terms, he does not exist on paper. He has never possessed any legal documents from his home country. He didn’t go to school and never received health insurance or any welfare payments. The reason behind it all: Abdulrahman is a so-called "Bidoon", a descendant of the Bedouin tribes from the Arabic Peninsula.

The Bidoon make up about three percent of Kuwait’s population, but the government refuses to grant them Kuwaiti citizenship. That’s why Abdulrahman and his father left the country for Europe. Their asylum claim has already been approved, but they are still stuck in the migrants and refugee center of Kavala, Greece. His final destination is London, where part of the family has already found safety. If everything goes well, he will leave Greece in February.

Abdulrahman and his father arrived in Greece via Turkey eight months ago. After their registration on the island of Chios, they were moved to the newly opened refugee center near Kavala, based in a former military camp in northern mainland Greece. Here the 17-year-old Abdulrahman started taking Greek classes. He went to school for the first time in his life. "In Kuwait, I used to help my father, who was making a living as a farm worker and handyman. But my dream is to be an aircraft engineer," he says confidently. 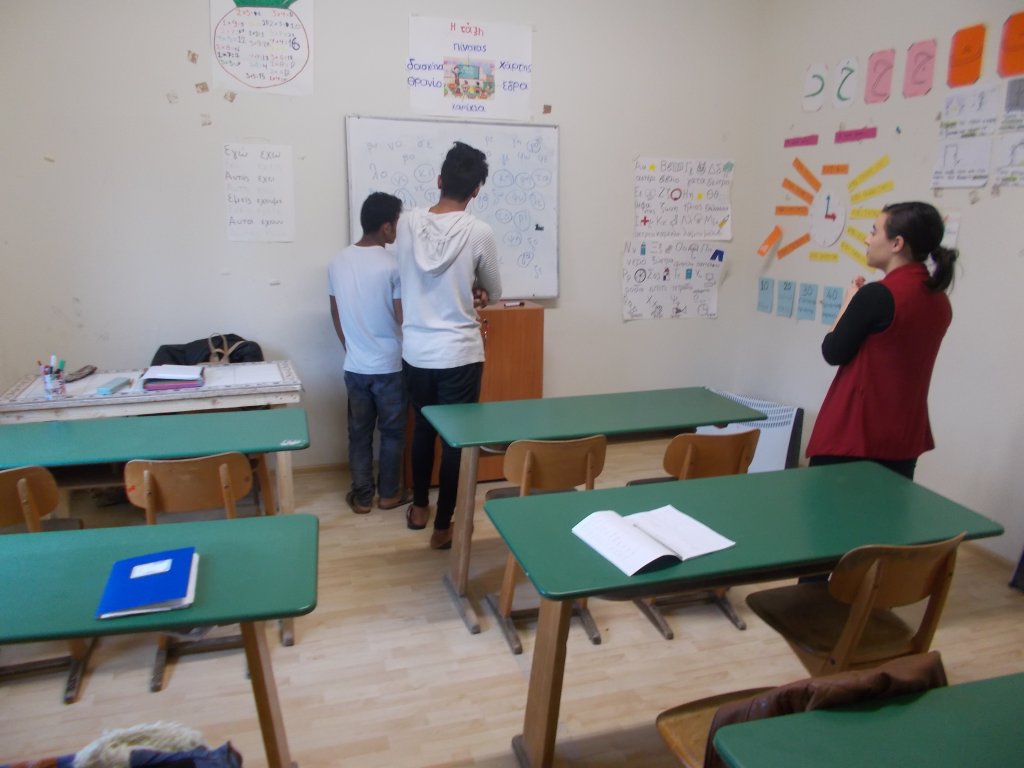 The young man mostly stays in the camp. Now and then he walks to the city center, but "it’s difficult to get in touch with people" he admits, not only due to language barriers but also "because people there can be racist sometimes." Asked to give some concrete examples, Abdulrrahman says: "They aren't violent, but for example the other day I was talking on the street when an old woman and a man passed by and started yelling at me."

George Karanikas, an experienced journalist based in Kavala, paints a different picture. "People in this city are particularly friendly towards refugees - after all they were refugees themselves," he says. The latter is definitely true. After a devastating Greek-Turkish war and a compulsory population exchange in 1923, more than 8,000 Greek families previously living in Turkey arrived in Kavala. The city, located about 450 kilometers from Istanbul, has become famous for its agricultural products thanks to their efforts. It is constantly expanding its borders.

Karanikas says that the city experienced a massive arrival of migrants in 2016, but most people had welcomed or at least tolerated the newcomers. So, there is no tension nowadays? "Look," he replies, "hundreds of migrants and refugees are residing here, among them there are 10 or 15 troublemakers, mostly young boys. We all know them here in town." 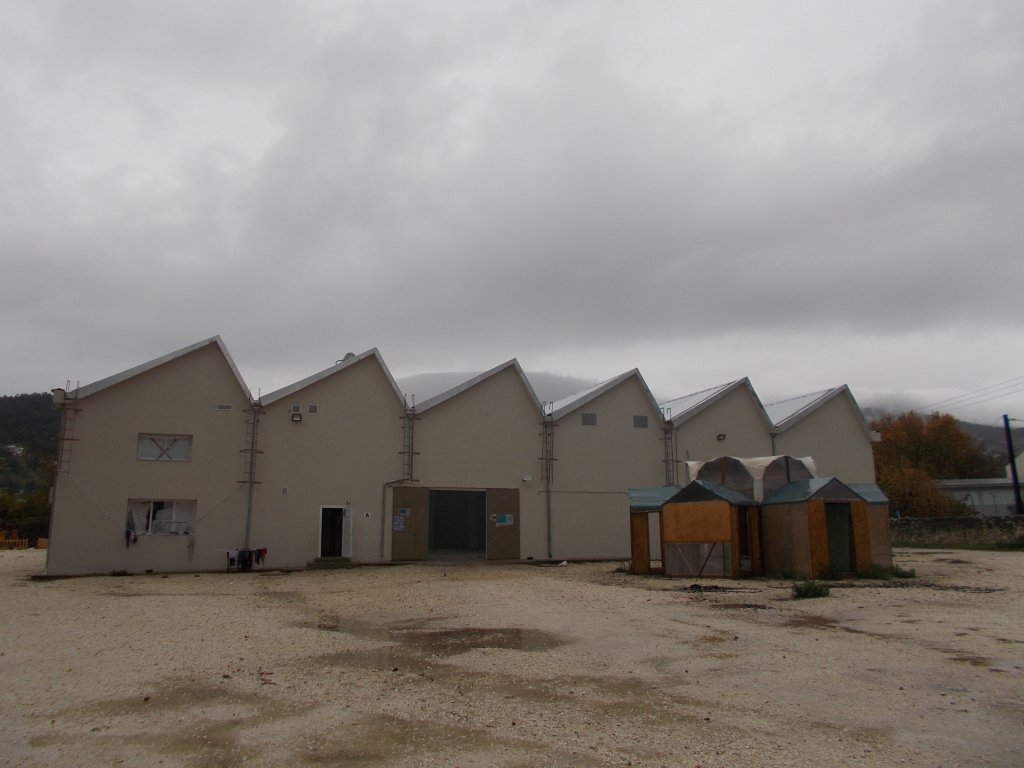 Hussein Issa says he has experienced a warm welcome in Kavala. But he wants to leave Greece and move to Germany because a large part of his family is already living there. At the moment, Hussein is sharing a container not only with his wife and two children but also with his grandmother and a younger brother. Before finding shelter in Kavala, the Yazidi family suffered from the war in Syria.

The ISIS attacked their home city of Raqqa in summer 2014, but the family managed to flee after Kurdish fighters started a counterattack and opened an escape corridor through the mountains. After a lot of back-and-forth between moving from Iraq to Turkey, they finally arrived in Greece. Then they moved on to Turkey, where they had to stay for several months, waiting for the right moment to cross the border. But Hussein wonders what will happen now. "Once a week they ask me whether I want to apply for an asylum here in Greece but every time I tell them, no, I want to go to Germany," he explains.

Local authorities offer Greek lessons for beginners in the Kavala camp. Apparently, this is a very first step for those who want to get in contact with the locals. "Most refugee parents support the lessons, but many children show no interest," says contract teacher Paraskevi Mouratidou. During our visit the classroom is almost empty; only two young men are fighting their way through vocabulary. "It’s not so much about grammatical structure here, it’s more about the conversation. What I am trying to do is teach the boys basic words and phrases in Greek, otherwise they won’t get contact to local people when they leave the camp," she says. 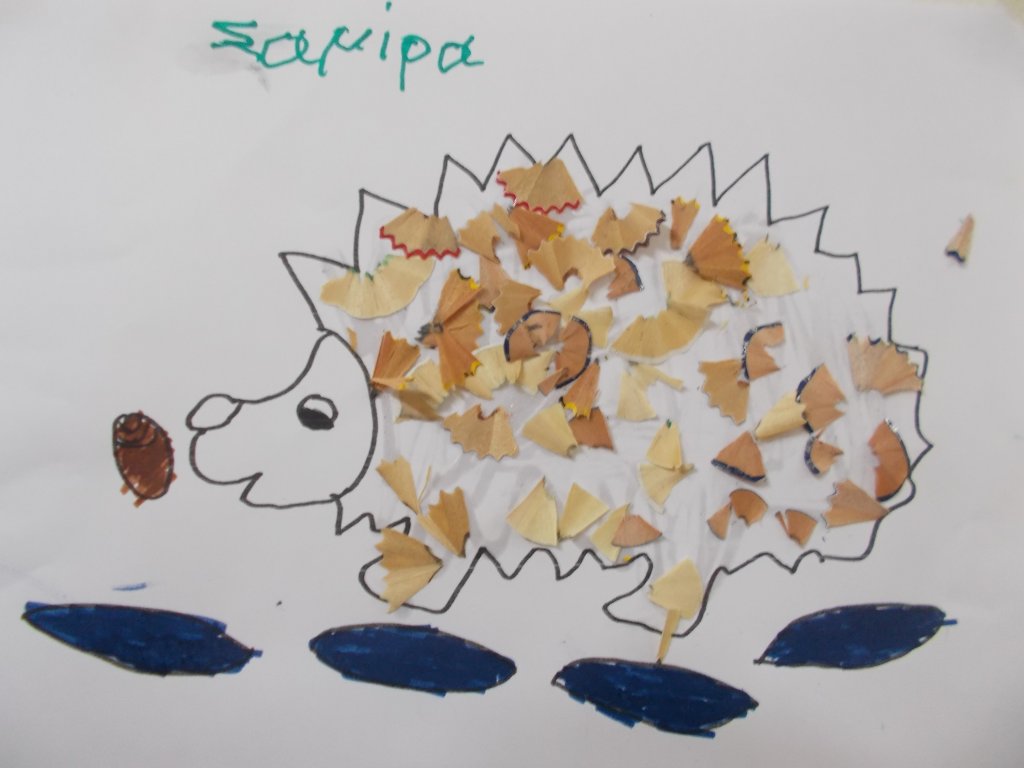 In a nearby room kindergarten teacher Sofia Chatziparlidou, who actually studied economics, has just finished work. "22 children are registered in our kindergarten, but only six or seven come every day," she says. It’s the parents’ decision, after all. Children usually communicate through play. And every day they learn new words. Most important vocabulary so far: "Game, balloon and paper". But also: "Washing hands."