Greece: The complicated politics of the refugee crisis

In the Greek city of Konitsa, the local mayor has openly welcomed refugees. With only 100 migrants and refugees in the city, locals have been able to help and make a real difference to people's lives. But the future is unclear with the government in Athens planning to move more newcomers to the mainland.

Hazem Al Hussein has been struggling with the winter weather for over two months. He comes from Der Alsur, once of the hottest places in Syria. He arrived in the mountain city of Konitsa, close to the Greek-Albanian border, with his wife and three little children. It’s a uniquely beautiful area, but also one of the coldest places in Greece, with temperatures dropping well below zero in winter. Despite the cold, Hazem Al Hussein says he does not mind the conditions in Konitsa and wants to stay in Greece, where his family feels safe. 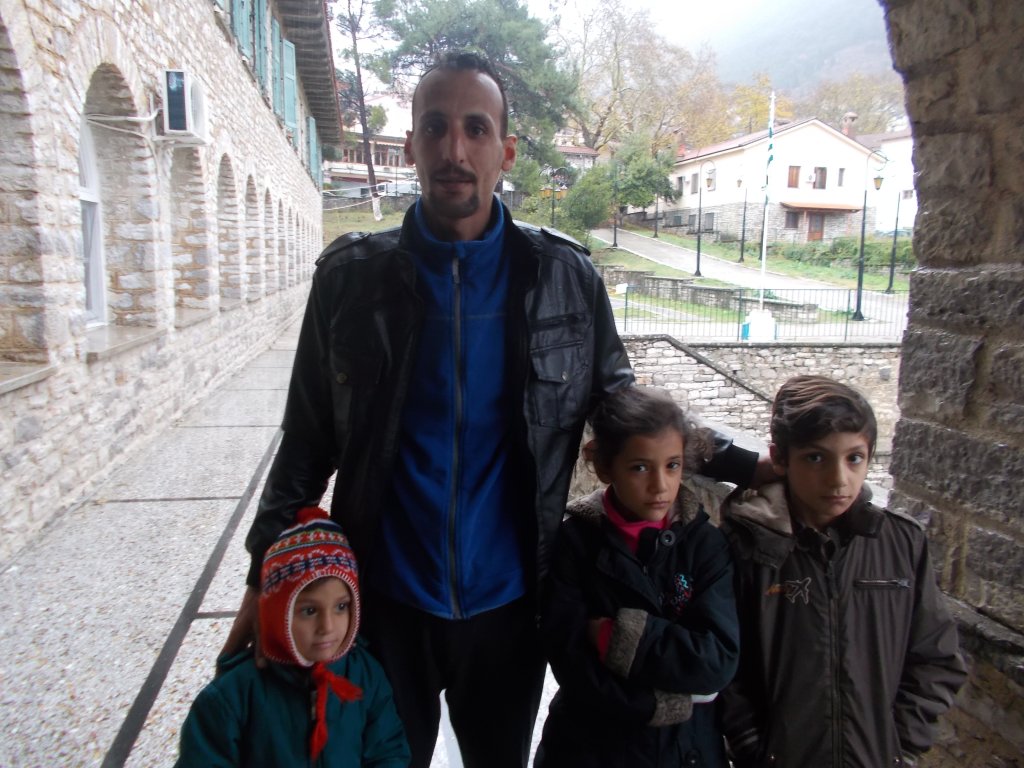 Abu Ibrahim from Daraa, Syria, has different ideas. He applied for family reunification in Germany, as his 15-year-old son lives in Stuttgart. The request was approved, but he is still stuck in Konitsa. He does not complain about conditions in the camp though. He says the most important thing for him is not eating or sleeping, but seeing his son again. Asked whether family reunification could take place in Greece, Abu Ibrahim speaks frankly: "It's better in Germany, where you can do integration courses and get social benefits. Compared to Greece, it's a prosperous country, with more possibilities." However, he says he feels a lot of gratitude for the warm welcome he received in Konitsa.

An official 'welcome' to refugees

This is no coincidence. Local mayor, Andreas Papaspyrou, a former elite soldier, was one of the first politicians in Greece to openly welcome refugees. Due to his initiative, a former orphanage was cleaned and converted into a migrant and refugee center. Two years ago, Konitsa made headlines, when Julien, a Congolese refugee living in the city, was admitted into a graduate studies course in electrical engineering at the University of Piraeus, despite his asylum application still pending. As well as this, the gifted young man managed to get the highest marks in the country’s entrance exams in this subject. His teacher in Konitsa, Gianna Nikou, has also played a part in this success story, helping Julien with his homework for free. "I owe her a lot," Julien says today. "We are still in touch with Julien and we would love to welcome him back in Konitsa after university," mayor Papaspyrou adds. 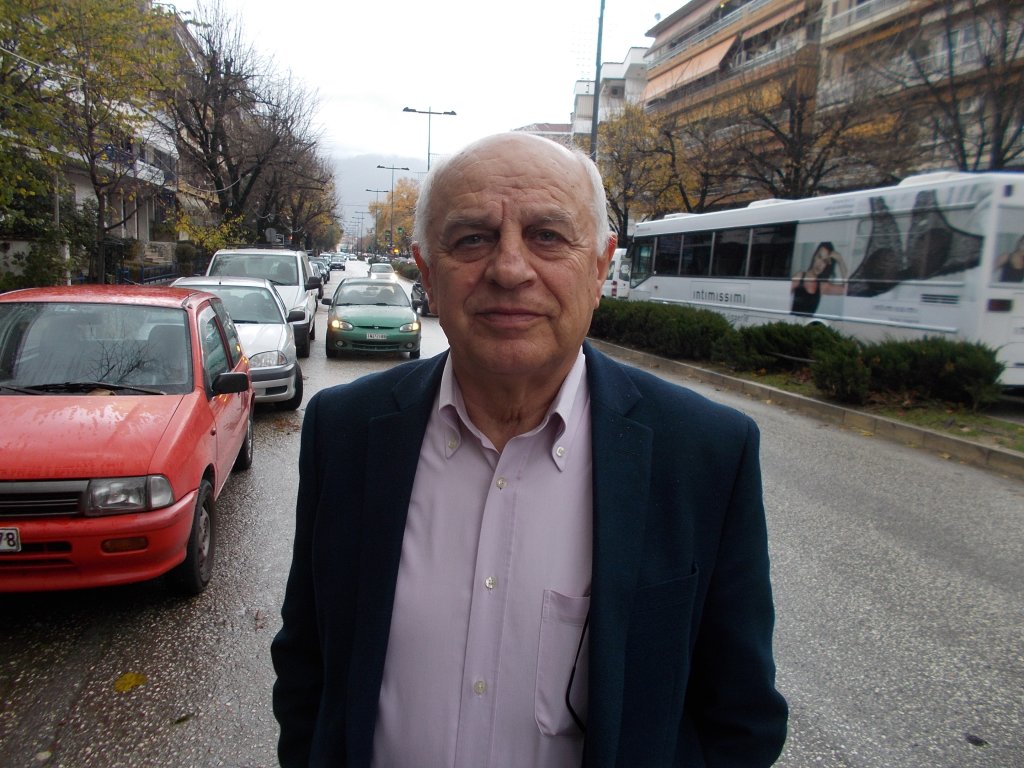 However, it’s easier to help newcomers, when there are not too many. Only 100 migrants and refugees currently live in Konitsa, a city with a population of 6,000. This is a sharp contrast to the situation on the Greek islands near the Turkish Aegean coast that are confronted with many more arrivals, being the first stop for migrants wanting to reach the EU. In recent months, Jorgos Kyritsis, mayor of the holiday island of Kos, has led a protest against Greek and European refugee policy, or rather, what he calls the "lack of policy." We met Kyritsis at the annual Greek mayors' conference in the city of Ioannina, about 100 km south of Konitsa. We asked him to elaborate on what he thinks about the situation.

"Just imagine that in summer 2015, when the refugee crisis reached its peak, the capital of Kos, with a total population of 17.000, had to welcome 16.220 migrants and refugees," he said. "We were trying to help those people, we knew they needed help to survive, but our community needs to survive as well."

The mayor believes his island was abandoned by Europe and the Greek government. He says that in 2015, Frans Timmermans, vice president of the EU-Commission, visited Kos, promising that migrants would be moved to the Greek mainland after registration - a promise he never fulfilled, Kyritsis says. Similar complaints have been heard on the Greek islands of Lesbos, Samos, Chios and Leros, which currently hosts the largest number of migrants and refugees. 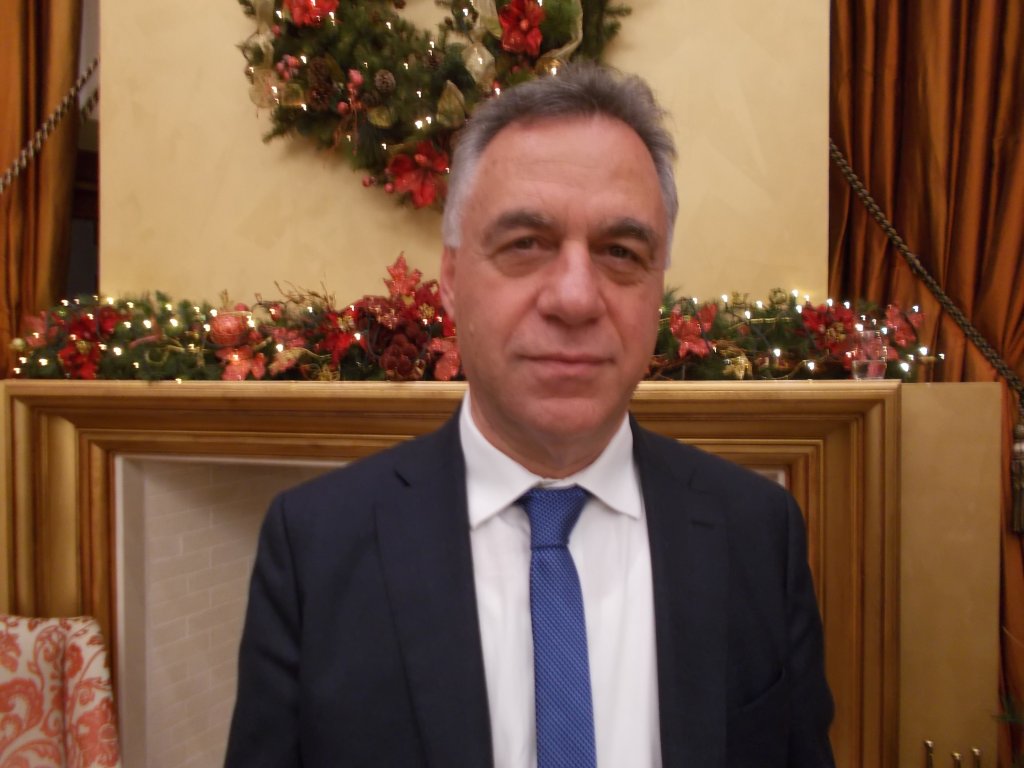 New arrivals to be moved to the mainland

Amid protests from the islands, the Greek government now plans to open so-called "pre-removal detention centers" on the mainland. Migrants who are unlikely to be granted refugee status will be accommodated there before being sent back to Turkey under the EU-Turkey deal which was signed in March 2016. Local authorities on the Greek islands have welcomed this decision, but a positive response from Ankara is still some way off. So far, Turkey has refused to take back migrants from the Greek mainland.

While the Greek government is making future plans, camp coordinators in Konitsa are focused on meeting the everyday needs of newcomers. But what are those needs? Abdullah Mahmud, a Palestinian field officer for the NGO, Oxfam, answers with a smile. "The first question everybody asks after arriving in Konitsa is: Where is the bathroom? And the second question is: Do you have Wi-Fi? Believe it or not, this is more important than food. Everybody needs Wi-Fi to get in touch with relatives and friends after arriving safely."