The far-right Identitarian youth movement has called on its members to become guardians for underage refugees. The provocative action has been condemned by German authorities.

In a statement released on its website, the far-right Identitarian Movement in Hamburg claimed that members could earn between €19.50 and €33.50 ($23.90 - $41) an hour at the state's expense as guardians for underage refugees.

All unaccompanied underage refugees in Germany are assigned a legal guardian by law — often, but not always, a private citizen — who helps them through administrative questions and takes on legal responsibilities. For instance, if the refugee switches schools, the guardian has to sign the forms on their behalf. The guardians do not take the refugees into their homes.

The Identitarian statement made clear that the aim was to prevent specially trained people from what they call the "asylum industry," such as social workers, from getting the positions — and then allowing young Syrians to bring families over from the war-torn country — a measure that criminologists say would help reduce crime among young migrants.

"In their engagement with guardianship of unaccompanied underage refugees, our activists will strictly make sure that the office will no longer be abused, and will report the relevant suspicious cases to authorities," the Identitarian statement said. 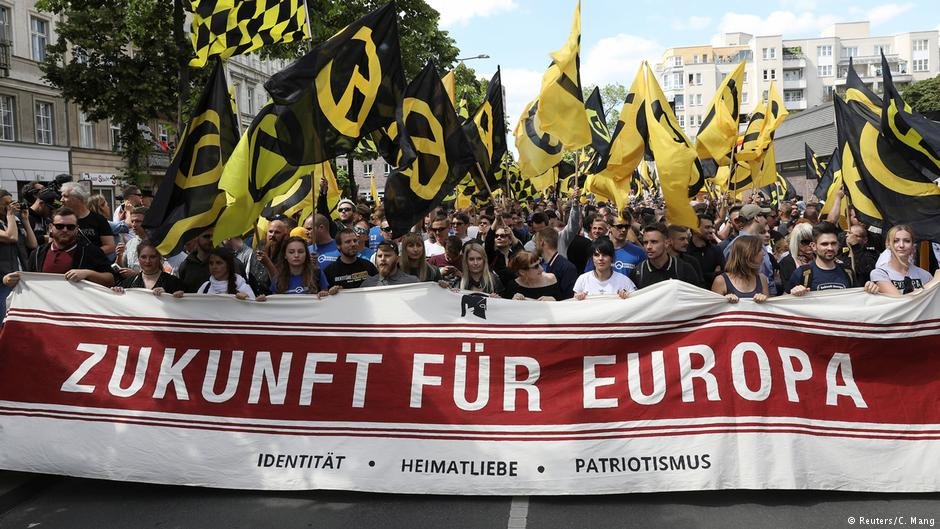 A spokesman for Hamburg's domestic intelligence agency, which keeps tabs on the local Identitarians, dismissed the campaign. "Against the background of its anti-constitutional ideology and numerous xenophobic and nativist-motivated actions of the last few months, the current campaign can hardly be understood as a great social act," he told DW in a statement. "It almost seems cynical — it is not credible at all."

The Identitarians said that they had already consulted guardianship "specialists," and would carry out their own training programs. Spokesman Daniel Fiss, who could not say exactly how many Identitarians had already shown interest, told DW that these programs would involve explanations of the guardians' rights and duties.

The Identitarians also argued in the statement that the purpose of the action was to dissuade young refugees from bringing their families. "We will talk with them about false expectations of their host country, as well as reuniting with their families in their home country," the statement said. "Should the first experiences be positive, we will try to expand this project across the country."

Nevertheless, Fiss insisted that the group had "no malicious aims."

"We want to talk to these people, and see how it develops," he said, before adding that preventing family reunification was just one among many purposes.

"It's completely open how such a guardianship develops," he said. "We want to approach them on an honest foundation, and explain that asylum law is not only about immigration, but also about returning home."

Hamburg's social affairs and integration office cast doubt on how serious the Identitarians' intentions were, saying it was all part of the movement's "well-known strategy: make a lot of noise to get into the media — but de facto nothing comes out of it," spokesman Marcel Schweitzer told DW by email. "In any case, in Hamburg we currently don't have a demand for new private guardians."

He also pointed out that the number of unaccompanied underage refugees in Hamburg had dropped considerably in the last three years — from 2,572 in 2015 to 517 in 2017. 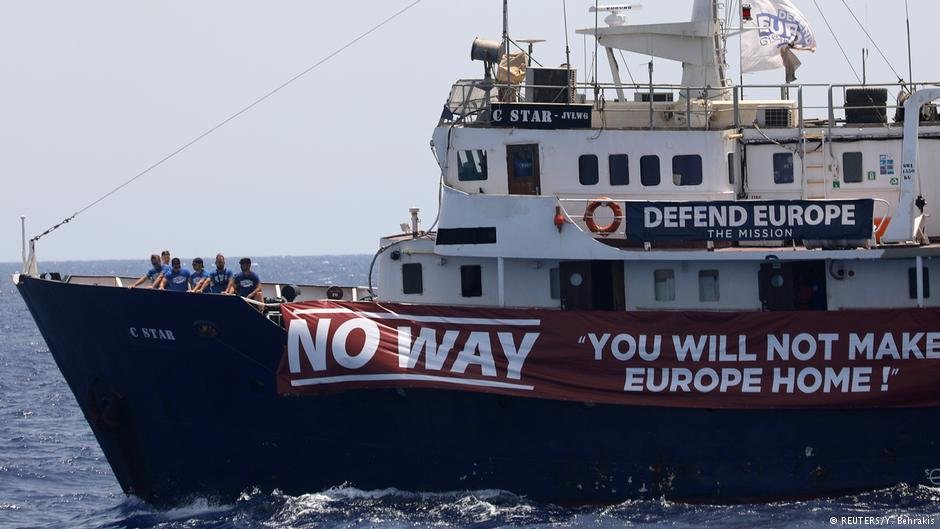 Schweitzer explained that guardians for underage refugees are usually appointed by the relevant family court, and that there were already enough adequately qualified private and publicly-appointed guardians, so that therefore "the danger of infiltration is not particularly high."

Ralf Slüter, head of Hamburg's branch of the child protection charity Kinderschutzbund, which is responsible for finding guardians for underage refugees, said it was unlikely that people with a far-right ideology would slip through their net in any case.

"The guardians are screened and trained very well," he told DW. "In the entrance interviews and in the training they are asked very intensively what attitude they have to refugees, what attitude they have to people from other cultures, what kind of lives do they lead, what do they think the refugees need from them? It's no certainty, but I don't think you can disguise yourself that well — and on top of that, our people still have contact to the refugees and the guardians, and we make sure they are well looked after."

"Of course, they're just trying to stoke fears," he added. "They've created a huge wave with this."

The Identitarians are a Europe-wide movement that sees itself as a new generation of young right-wing activists out to protect what they consider European "identity." They have pulled a number of publicity stunts in the past — last summer, a group of German, Italian, and French Identitarians chartered a ship to sail around the Mediterranean, to pick up migrants, and return them to the African coast. The ship, named C-Star, eventually became stranded in Barcelona in October after the crew ran out of money.