A newly developed website has been created to help refugees with learning their host country’s language. But equally important, the tools have been designed to support the volunteers who assist refugees.

With the mass influx of asylum seekers into Europe in recent years, EU member states have been struggling with addressing how best to support people with integration and language acquisition. As a response, in November 2017, the Council of Europe (CoE) launched a toolkit, containing 57 tools designed to bridge the gap in support that has been identified in many communities. Developed by a group of experts the toolkit is intended for use by organizations, and especially volunteers, who provide language support for adult refugees.

The CoE and the aim of the toolkit

Not to be confused with the European Union, the CoE is an international organization whose stated aim is "to achieve a greater unity between its members for the purpose of safeguarding and realizing the ideals and principles which are their common heritage and facilitating their economic and social progress." It has taken an active role on migration issues since 1968 and already offered a program called Linguistic Integration of Adult Migrants (LIAM)

Ambassador Erdogan Iscan, Permanent Representative of Turkey to the Council of Europe, described the toolkit as "a further initiative to facilitate social cohesion and enhance the dignity of refugees. It offers them a way of becoming autonomous by getting means to learn the language of the host country."

Speaking at the website’s launch, Villano Qiriazi, Head of the Education Policy Division, described this new development as being part of a long tradition of language policies and that it was based on the resources and the outcome of six decades of work. 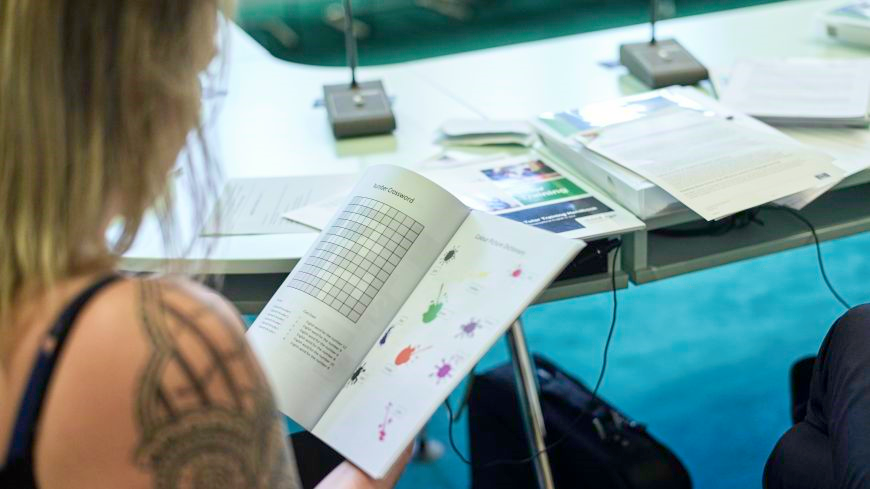 Matthew Johnson, Director of Democratic Citizenship and Participation, explained that the toolkit "serves as an example of how needs are first identified, appropriate responses developed and then offered to member states and key players/stakeholders" for implementation. He tweeted a short video about the project by Tomas Bocek, Special Representative of the Secretary General to the Council of Europe on Migration and Refugees.

What is in the toolkit?

The 57 tools are divided into three sections. The first section with tools 1-13, provides background information to people working with refugees on cultural awareness. For example, it may be important to understand that men and women can respond differently in group situations, or that there may be cultural issues even within a group of asylum seekers wanting to learn a language. For instance, tool 4 provides the following advice for people running such groups: "A good way of minimizing the risks of intercultural conflict and misunderstanding during language support is to encourage the group to create its own culture, with agreed rules and shared meanings."

Section 2, tools 14-33, is focused on preparation and planning, but also contains information on, for example, identifying refugees' most urgent needs (tool 24). The way the tools are pitched is useful in framing what a volunteer should be expected to do, or more importantly, what they cannot do. For instance, tool 24 advises people working with refugees to "be aware that dealing with trauma victims may itself be traumatic. So never try to handle cases on your own: refer to professionals such as psychologists and medical staff, and share your experiences with supervisors or in peer consultation groups."

The third section, tools 34-57, deals specifically with language teaching based on situations that refugees and asylum seekers are likely to encounter, for example, using health services or buying credit for a mobile phone.

Philia Thalgott, director of the CoE's Language Policy Program, told InfoMigrants that the response to the toolkit has exceeded all expectations. In the first two weeks alone there were 4232 downloads. 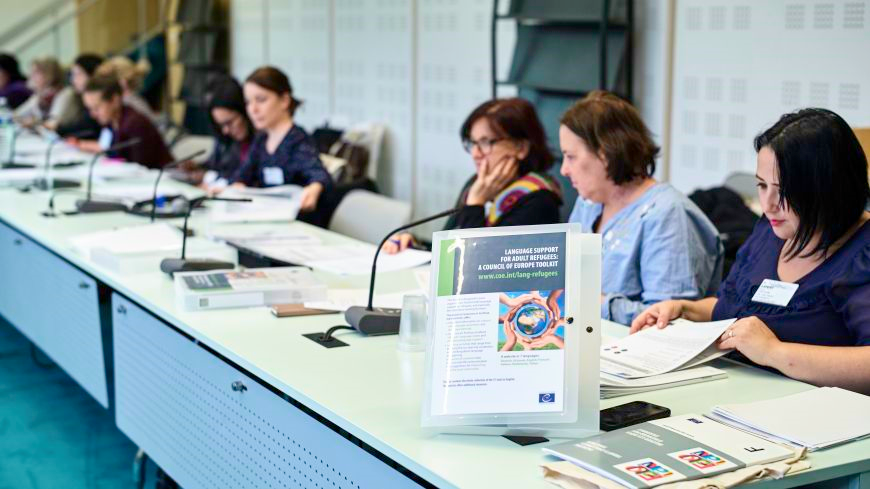 The tools are in the public domain, with no conditions attached. They are available in PDF and Word format, which means there is the flexibility to add or tailor the information to suit individual needs. There are seven languages to choose from: English, German, Greek, Italian, French, Dutch and Turkish. According to Thalgott, there are peresently no plans to add any further languages, although "people are welcome to translate the tools into other languages themselves," she said.

Many large organizations working with refugees, such as the UN, EU and the International Organization for Migration (IOM) have said that the tools compliment practices they are already following. NGOs running training courses for helping refugees have been able to use the tools as templates. As well, trained teachers in Italy have found the toolkit helpful for structuring lessons, despite the fact that the aim was to help untrained volunteers teach language. This has meant that there has been a much wider user base than was originally anticipated.

For more information about the toolkit and the CoE's other free resources, please visit the Council of Europe website.