Children's cries of "long live Italy" rang out at Rome's Fiumicino Airport among a group of 30 Syrian refugees who arrived via Beirut in the second round of humanitarian corridor operations sponsored by the Community of Sant'Egidio, the Federation of Evangelical Churches and the Italian government. The children, holding a banner that read "Welcome to Italy," had eyes wide with curiosity and hope.

They smiled and hugged family members who were already living in Italy and had come to the airport to welcome them. These children had fled places such as Homs, Damascus and Aleppo, where suffering is rampant, searching for a way to forget the images of war. They lived in refugee camps in Lebanon, in makeshift tents and huts. The group is made up of families with children, 13 of them in all, carrying balloons and flags. Some of them need urgent medical care that they were unable to access in Lebanon, and two will be immediately admitted to Rome's Bambin Gesù Pediatric Hospital.

Another 1,000 Syrians by 2019
This group is the first of a total of 1,000 Syrian refugees who are scheduled to arrive as part of the second round of humanitarian corridor operations. The project was renewed last November for a two-year mandate in 2018 and 2019. One thousand have already arrived legally through the project, sparing them from becoming victims of human trafficking. The project has become a model for Europe, and has already been launched in France and Belgium. The day before this group arrived in Rome, another group of 40 Syrian refugees arrived in Paris via Beirut. Upon disembarking the Alitalia flight that brought them to Rome, the 30 refugees were welcomed by Deputy Foreign Minister Mario Giro, Undersecretary for Foreign Affairs Vincenzo Amendola, Sant'Egidio President Marco Impagliazzo, Federation of Evangelical Churches President Luca Maria Negro, and representatives from the Italian Interior Ministry. 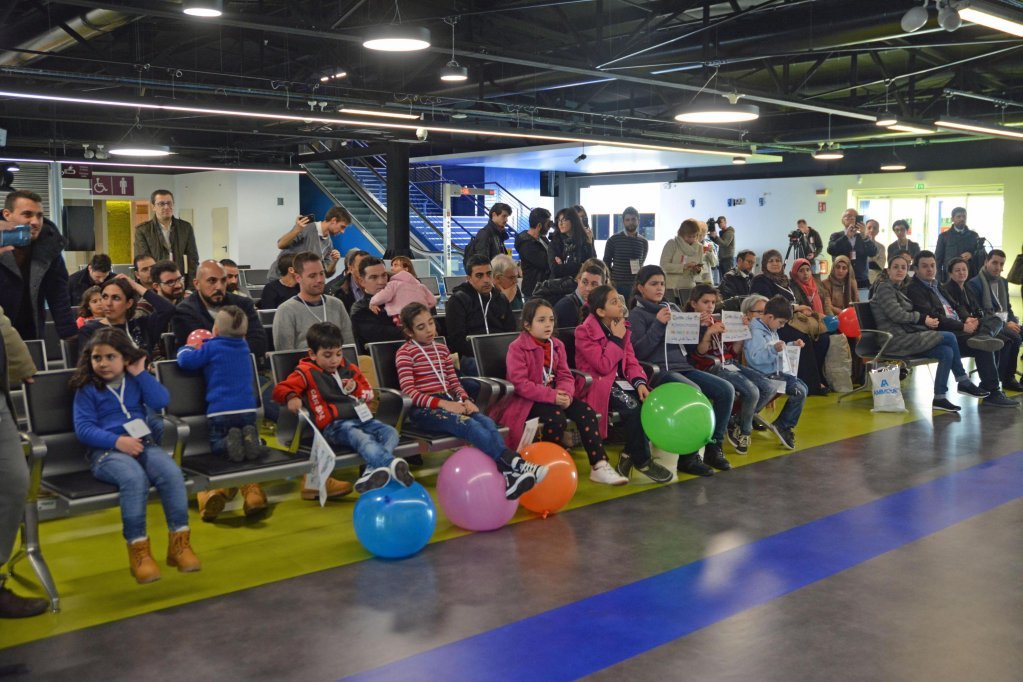 Community of Sant'Egidio sends Europe a message of openness
Impagliazzo said "good politics" is that which "is concerned about peoples' problems and common well-being"."In this case, it's humanitarian protection and protection of those who are fleeing from the cold in tent camps and from the war in Syria which, we must remember, still isn't over," he said, despite the fact that "it's talked about less". He said the situation in the refugee camps in Lebanon is one in which refugees are living "in great difficulty". Regarding the previous arrivals through the humanitarian corridors, Impagliazzo said there has been "full" integration into Italian society, across the country through families, parishes, and associations, and that "it's working well". He said the children have been enrolled in school and have learned to speak Italian, and they have become the primary cultural mediators for their families. "It's welcoming into the communities, which is the first step towards integration," he said. "These people make us feel better, an image of a beautiful Italy that doesn't close its doors and that offers a concrete response. It's a message we're sending to Europe as well, so that it opens itself up to legal ways," he said.
"The humanitarian corridors are a model that works well," said Deputy Foreign Minister Mario Giro. "It's a 'brand' that has been copied by others and that our government has also adopted for Libya," he said. "Many, to escape suffering and war, have died at sea or in the desert. Those who are here today are also here in the name of those who have been lost," he said.