Landlords cashing in on benefits at refugees' expense

Many refugees are so desperate to find a home, and get out of temporary shelters, that they agree to sign rental contracts containing false details about the property. But authorities say that the onus is on refugees to make sure the details are correct.

For the last one and a half years Syrian refugee, Abu Mohammad, has lived with his wife and two children in a one-room apartment in Cologne, one of the most densely populated cities in Germany. A housing shortage in Cologne has forced the family to live in such a small space.

While happy to no longer be living in temporary accommodation, their housing situation has been a strain. It turns out that the application for housing benefits for the apartment was wrongly filled out, resulting in an incorrect contract being submitted to the job center, which pays the rent.

Abu Mohammad's application for benefits, filled out by his landlord, stated that the apartment size was 85 square meters, and cost 900 euros per month. However, the real size of the flat is around 30 meters.

In each German city, the job center requires people who receive assistance, including refugees, to submit applications according to certain guidelines. For example, there is a permitted amount of space that is allocated to each family and a maximum amount of rent.

In the case of Abu Mohammad (a family of four), he would be entitled to an apartment of 95 square meters in size, with a rent not exceeding 1119 euros per month. 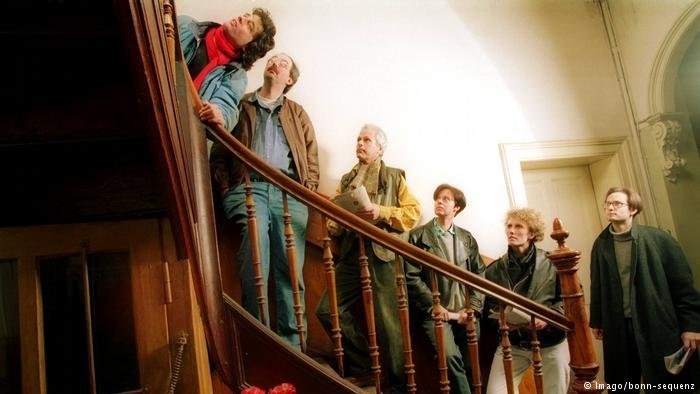 Abu Muhammed told InfoMigrants that the refugees are signing bogus contracts just in order to get out of temporary accommodation and the shelters they live in.

"The work office stipulated that the apartment should be suitable for four people, and I found myself obliged to accept the lease that the landlord gave me. We were told that the room was a large apartment," Abu Muhammed said, adding that he was introduced to the lessor through a Syrian broker.

Cologne's chronic housing shortage has also meant that around 3,000 refugees have had to move elsewhere in the last year. According to the Cologne municipality, the number of refugees in the city reached 10,000 this year, which is a decrease of 3,000 compared to the same period last year.

Abu Mohammed says that the room he lives in is like a cage. "My children cannot move in the house, and we cannot welcome any guests. I'm not happy here, so I'm looking for another house."

In the same neighborhood where Abu Mohammed lives, another young refugee is facing the same problem. His six square meter room is registered at the job center as being an apartment measuring 35 square meters.

"The employee at the job center initially did not agree to rent the room, and advised me to look for another room, or a larger apartment," Ali, a Syrian refugee, told InfoMigrants. So the lessor prepared an application for the same room, but wrote that it was a 35 square meter apartment.

"The job center approved my application without verifying the contract information, and now pays the rent of around 450 euros," Ali said.

An employees at the job center in Ali's area explained that "what matters to us is that the parties to the contract are satisfied, and the written contract is the legal basis we are dealing with." 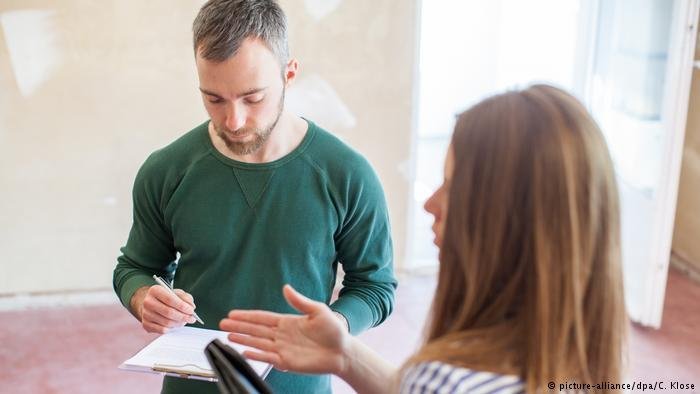 "According to German law, the principle of freedom of contract also applies to leases," Sabine Wotzlaw, spokesperson for Cologne's housing department, told InfoMigrants. She explained that refugees are equally responsible for the accuracy of the information they provide to the job center.

"This means that both parties are, in principle, responsible for the information they provide in the lease."

Wotzlaw added that someone who receives housing benefits is obliged to agree with the lessor directly about the lease, and ascertain the potential discrepancies between the apartment's specifications in the lease and the real specifications.

But, Wotzlaw said, if there are indications that tenants or landlords have provided wrongful information, the job center would investigate the matter and may inform the public prosecutor if there is any indication that there has been fraudulent activity.

Despite efforts by the Cologne municipality to settle refugees in apartments, the city says that hundreds of asylum seekers remain in temporary shelters, hotels, hostels and gyms. According to the municipality, 3,400 refugees have been housed in apartments across the city.

"As refugees continue to be left homeless, hundreds of them will have to follow this method in order to get out of temporary accommodation, and the job center will have to continue to overlook what is going on," Abu Mohammed said.

"The main problem is not just a lack of adequate housing, but also the cases of exploitation."