In Niger, migrants evacuated from Libya hope for asylum in France

A team of officials from the French office for the protection of refugees and stateless persons was in Niamey, Niger on January 30 to interview migrants evacuated from Libya. For these asylum seekers, their future hangs on this meeting.

Three-year-old Mahjabeen* plays with a bright pink pony in a makeshift play place set up in the sandy back courtyard of the branch of the UN High Commissioner for Refugees in Niamey, Niger. As she plays on the ground-- surrounded by colorful wooden blocks, dolls and musical instruments-- her bare ankles are exposed, revealing a series of circular burns, each about a centimeter in diameter.

The little girl, originally from Somalia, is one of 497 people to have been evacuated from Libya to Niger by the United Nations High Commissioner for Refugees since November 2017. The constellation of scars that criss-cross her legs all the way up to her knees are cigarette burns-- a common form of abuse in the Libyan prisons where trafficked African migrants are held for ransom.

The OFPRA interview: a life at stake

Just a few metres from where Mahjabeen is playing, her future is being determined during a meeting held in one of the five containers that serve as officers for Ofpra, the French government office of protection of refugees and stateless persons (Office Français de Protection des Réfugiés et Apatrides). Mahjabeen’s mother, Balgis*, is currently being interviewed. The stakes are high: if the meeting goes well, Balgis and Mahjabeen could obtain refugee status, along with a one-way ticket to France and the possibility of a new life.

The Ofpra protection officer examines the form in English prepared by the UNHCR. Next to the information about Balgis’ marital status is penned "woman at risk". Three words that stand for her tortured, winding path and a life bounced from one war zone to another. 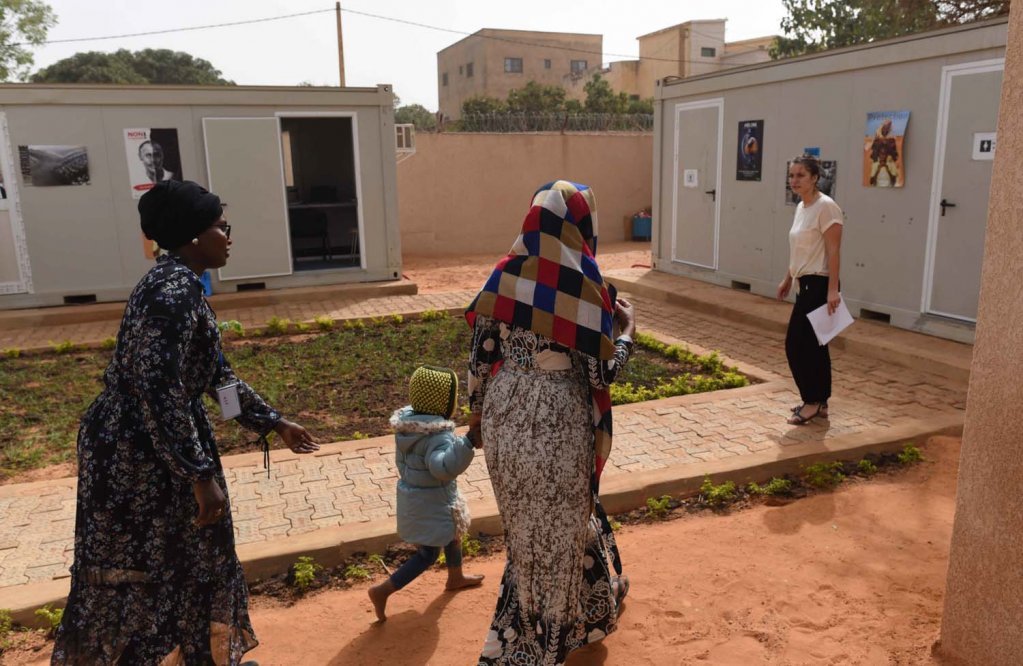 Born in Somalia, Balgis lived in Yemen before fleeing to Sudan and then Libya, where the 28-year-old woman and her daughter, Mahjabeen, were detained for close to a year and sold at least two times by traffickers near the Libyan town of Bani Walid. The burn marks-- more prominent on little Mahjabeen’s legs than on those of her mother-- are proof of the sadism of their captors.

With the help of an interpreter, the Ofpra officer begins delving into the young woman’s past. The interviewer’s tone and expression are kind, but he doesn’t sidestep any questions.

"If there are contradictions in their stories, then we always come back to them. We do it gently, but we lay out the contradictions clearly for them so we can get the story straight,” he says.

Not everyone who is interviewed will obtain asylum in France.

After the interview, the officer explains to Balgis that she’ll hear about the decision in a month or two. Then, he reviews what obtaining asylum entails: a paid trip to France, a visa to live there for the next ten years and temporary accomodation for several months, where she’d be able to take language classes. The officer also talks about certain fundamental values in France, such as religious freedom and equality between men and women.

These Ofpra employees will spend their entire day conducting interviews in the cramped containers that serve as their offices. Today, they will interview 17 people. During the four days that they are on the ground, they will meet 84 asylum seekers, 26 of whom were just evacuated from Libya, like Balgis.

So, it is in this dusty, sun-baked courtyard located in one of the poorest countries in the world, where the futures of these desperate people will be decided. 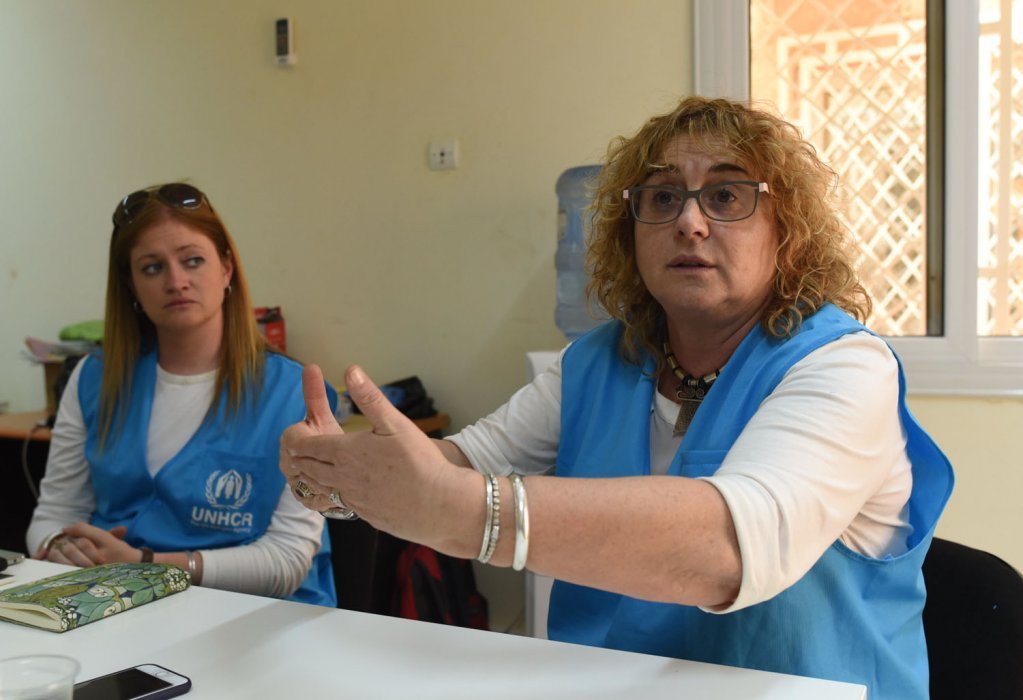 The limits to the system

The idea, on paper, is simple.

The UNHCR evacuates sub-Saharan African migrants in need of protection from Libya to Niger, where they are given temporary housing. Then, individual states are supposed to step in by giving asylum priority to victims of abuse in Libya.

In practice, however, it is much more tricky. The evacuations are complicated because of the insecurity that reigns in Libya, especially around the Tripoli airport. Moreover, countries aren’t exactly lining up to take charge of the refugees evacuated from Libya. According to the UNHCR, of the 497 people evacuated since November 2017, only 25 refugees were resettled, all of them in France after Ofpra made an initial visit.

"Evacuations work when countries have a real commitment to helping these people", Alessandra Morelli, the representative of UNHCR in Niger, said during an interview with InfoMigrants. "This is just the beginning and we have to thank France for leading the way. Now, it is important to transmit this sense of urgency to other governments.”

The UNHCR has called on countries to commit to providing 1,300 more places for resettlement between now and March 2018. Aside from Ofpra, a Swiss delegation also traveled to Niger to interview people wishing to be resettled. Sweden, Germany and Finland have also agreed to take in refugees evacuated from Libya. It remains to be seen when these promises will be upheld as the UNHCR prepares to drastically increase evacuations in the coming weeks.

While these political considerations are being hammered out at a macro level, Balgis and little Mahjabeen are outside of their dormitory, speaking with other women, also evacuated from Libya. The UNHCR has set up seven different buildings in Niamey to temporarily house evacuees. This group home has a small kitchen, a dining hall, a TV room and a large inner courtyard. This is where the young Somali woman, who knows practically nothing about France, will wait for Ofpra’s decision about her destiny.

"I think a lot about my future,” Balgis told InfoMigrants with a glimmer of hope in her eyes. “I wonder if I’ll see my family again and if, one day, I’ll be able to live in freedom. What’s sure is that I am 100% sure that I want to go to France.”

* All of the names of people under UNHCR protection were changed. Confidentiality is particularly important for organisations like Ofpra and the UNHCR, because of the nature of their work with refugees. It’s extremely important that the refugees feel safe enough to be able to speak in detail about their situation without the fear of being identified. 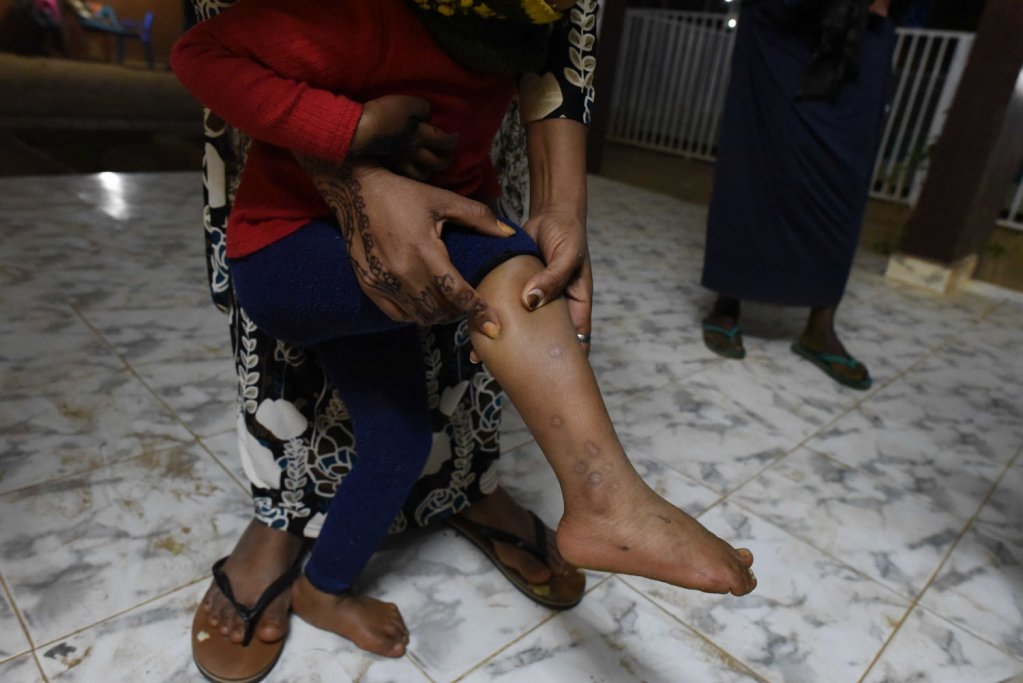