Refugees vote on German coalition: 'A big step for integration'

Syrian refugee Abdulrahman Abbasi is a member of the SPD party and therefore gets to vote on Germany's coalition agreement. He told DW why he thinks it is right that he has the vote even though he is not a citizen.

Germany's Social Democrats (SPD), the Christian Democratic Union (CDU) and its Bavarian sister party, the Christian Social Union (CSU), have agreed a coalition deal. But before the coalition can actually get to work, some 460,000 SPD members must first approve the deal. Among them are individuals who do not hold German citizenship, including several refugees. SPD-affiliated sources estimate there are roughly 7,000 non-German party members. One of them is Abdulrahman Abbasi.

DW: Mr Abbasi, you do not hold German citizenship but have a say in Germany's political future. How does that make you feel?

Abdulrahman Abbasi: It means a lot to me. Even though I don't yet have German citizenship I feel part of this society. I study dentistry in Göttingen and have been living in this country for four years. I enjoy the rights and honor the duties of living in this country and actively participate in its social and political life. Deciding on the next government means a lot to me because it will pass laws that will affect the society in which I live.

Is the "right to vote" an indicator of successful integration?

Of course. I think refugees should understand Germany's political system and learn more about what goes on to form an opinion on which political camp most appeals to them. But above all they must ask themselves: "Are we part of this society?" And if the answer is "yes," they must vote. Political decisions that are made later on will also impact their lives — for better or worse. For me as a refugee, this kind of political participation marks a big step in the process of integration. 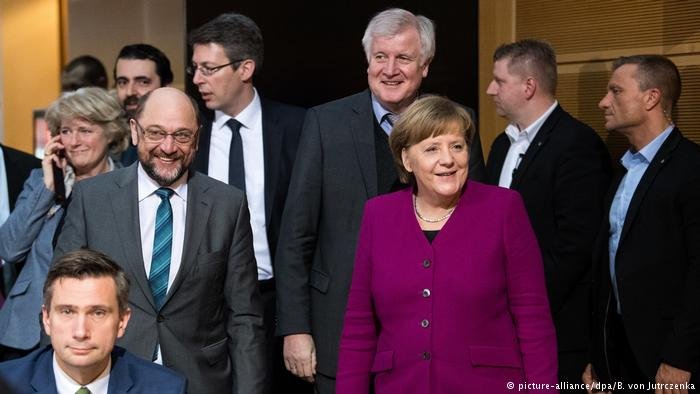 What matters to you most in this vote: your own interests, those of German voters, or those of refugees?

The coalition deal has been done. If you'll allow the question: How are you planning to vote as an SPD member?

It's a tricky decision, I'm still undecided. I don't like the fact that the CSU will control the Interior Ministry. I'm not happy that Horst Seehofer will become interior minister. On the other hand, I don't like the prospect of a minority government or fresh elections, either. Even so, I'm currently leaning toward voting "no."

Regardless what shape the next government will take: Which aspects should it emphasize in its approach to refugees?

I'm disappointed with the compromise reached over refugee family reunification, to be honest. If the government caps the number of relatives allowed into the country at 1,000 per month to reunite with individuals granted subsidiary protection, some might wait five years for their relatives to arrive. This system hinders integration because it's well-known that individuals need their families to lead normal lives here. Integration is important. People must be made to feel that they are part of society. And not that they could be deported in one or two years' time.

The interview was conducted by Meriem Marghich and Nader Alsarras.