In Essen, a food bank has barred migrant clients in order to prioritize locals. This has spurred criticism as the decision is seen as contradicting the mission of the German wide association which is to provide for everyone in need. In the last years, more than 280,000 refugees received food from the pantries.

"Due to the increase in the number of refugees in recent years, the proportion of foreign citizens among our clients has risen to 75 percent, so we feel compelled, in order to ensure reasonable integration, to only accept clients with a German identity card at present," the food bank announced on its website. Allegedly some of the older women going to the food bank had been turned off by the number of young, foreign men speaking in a foreign language. Joerg Sartor, head of the association in Essen, told the Westdeutsche Allgemeine Zeitung that "We want German grandmothers to continue coming to us."

Essener Tafel is part of the Tafel Deutschland association, which has more than 930 food banks across Germany and about 2,000 distribution points. 96 percent of these food banks support refugees, "with groceries and daily necessities as well as counseling and integration services such as German courses." According to dpa, more than 60 percent of Tafel users nationwide across Germany are of non-German origin.

The head of the Tafel Deutschland organization in the eastern German state of Saxony reacted to the decision of the Essen branch to bar migrants. According to Sächsische Zeitung, clients of food banks in Saxony would not have to worry about any restrictions. The number of migrants that frequent Saxony's banks remain between 15 and 25 percent, Rolke continued. 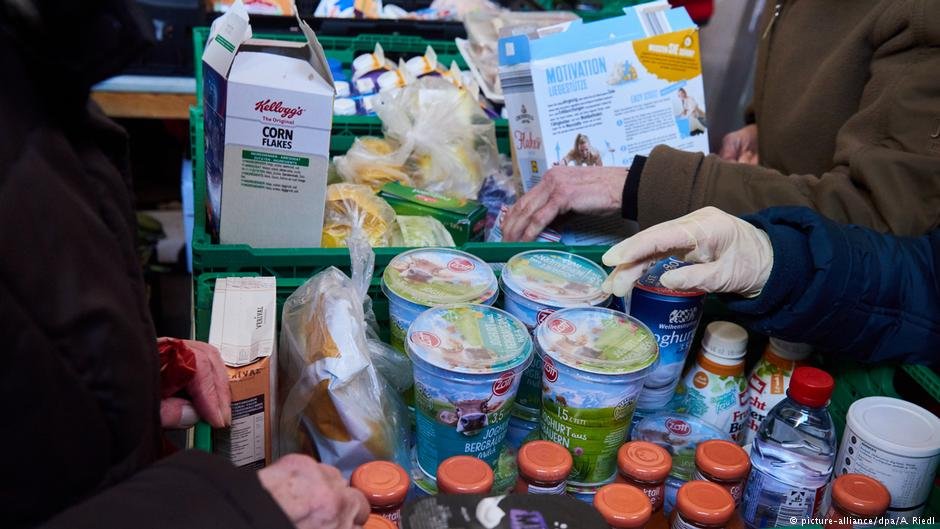 How do food banks work?

Food banks in Germany are often like a supermarket, where the clients serve themselves. These organizations salvage wasted food from grocery stores and then reoffer it to the poor and to the needy. Food bank users can include children, the elderly and migrants and they have to show they receive certain state benefits in order to qualify.

Tafel Germany receives donations from private and commercial donors such as the retailer Metro Group and Coca-Cola. It also receives food donations from German supermarkets such as REWE and LIDL. Mercedes Benz provides the association with transport vehicles to bring the leftover groceries from the supermarkets to the food banks.

There is a total of 1.5 million regular food bank clients with a migration background. In the last years, more than 280,000 refugees received food from the pantries, according to Tafel Germany's website. Some refugees in Germany themselves work as volunteers at the food banks. In the German cities of Marburg, Göttingen and Bremerhaven refugees are trained to work as volunteers in a three-phase program in order to "promote intercultural understanding and know-how on the causes of flight and countries of origin" between Germans and the refugees.

"We stand for 'Welcome Culture' and see ourselves as bridge builders of a more just society," Jochen Brühl, the head of Tafel Germany said on the association's website. More than 1.2 million asylum seekers have come to Germany since 2015.