The UN's migration agency says the number of people trying to flee to Europe by sea has fallen significantly compared to 2017. The UN has put this down to two reasons.

In the first two months of this year, 10,243 migrants entered Europe via the Mediterranean Sea, compared with 17,438 during the same time in 2017, according to the United Nations' International Organization for Migration (IOM).

In February 2016, there had already been 116,005 arrivals by the end of February. In April that year, the Balkan countries closed their borders, making it harder for migrants to get to Europe. 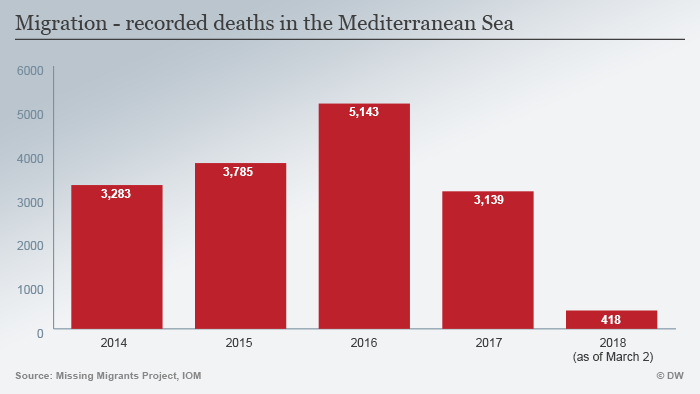 The IOM attributes the drop to the closing of the western and eastern Balkan routes as well as to the more restrictive migration policies throughout Europe.

In late 2015 and early 2016, Europe was faced with a large influx of migrants, which led to Germany, in particular, taking in almost a million refugees – a move that German Chancellor Angela Merkel was both applauded and attacked for at home and abroad.