AIDS counseling for refugees in Germany: Let's talk about sex!

Once a month, she goes to the central initial admission facility in Zirndorf, near Nuremberg. Ziwitza and the interpreters from the AIDS counseling center in Central Franconia directly approach asylum seekers at the facility and invite them to the cafeteria.

Moustafa Mohamad is one of them. The 29-year-old fled Syria and came to Germany two-and-a-half years ago, and spent almost two months in Zirndorf. As a recognized refugee, he talks to his compatriots in Zirndorf about AIDS and other issues. 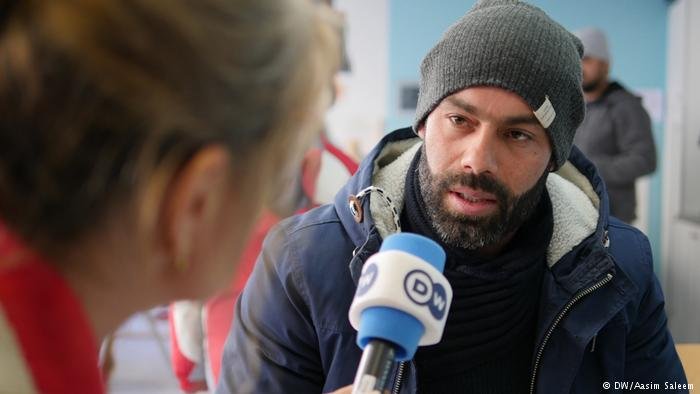 "I was given HIV education when I arrived, too. Everything was new to me," recalls Moustafa Mohamad. "I knew there was an immunodeficiency disease, but I didn't know how you could get infected with HIV."

Three Syrian men sit at a table with Moustafa Mohamad. When he takes out his folder with information sheets showing the deadly viruses, as well as condoms, drawn as comic cartoons, one man stands up. He shakes his head and leaves the cafeteria without saying anything.

AIDS in the Middle East — an unfamiliar topic

The other two men remain seated. "It is sometimes difficult to convince Syrian refugees that HIV education is important — for example now," admits Mohamad. "I just said we're from the AIDS counseling, but that man won't talk to us."

His compatriot, Mohamed Abid, who has remained seated and is interested in the information, agrees with him. "Many people think AIDS is not an issue in the Middle East because premarital relations are not allowed," he says. "But that's not true. It happens, but it's all done in secret." 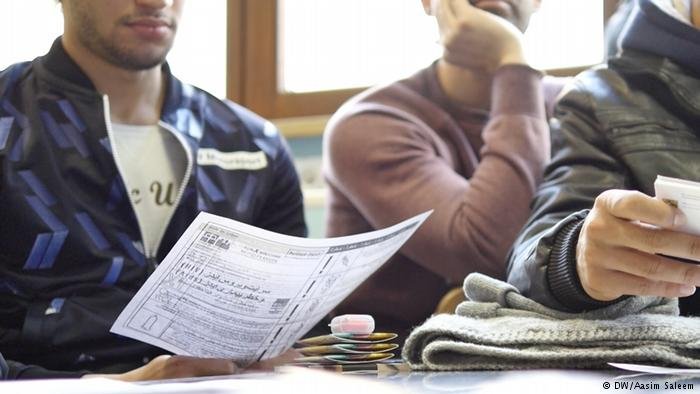 Meanwhile, there is a good atmosphere at the next table. The 21-year-old interpreter from Iran, Ahmad Amini, unpacks condoms and puts them on the table. There is laughter. After some initial hesitation, everyone takes some. Ahmad Amini's puts more out. He also fled to Germany a few years ago. As the child of Afghan parents in Iran, he was considered stateless.

Eleven asylum seekers from Iran sit at a table with Ahmad Amini and the discussion is lively. Fragments of words such as "HIV" and "sex" permeate the flow of Farsi. "There are AIDS patients in Iran, but the subject is not mentioned," says refugee, Milad Salamat. "But for us, this is not a culture shock, we like to talk about reality."

When Ahmad Amini talks about the different therapies available to AIDS patients in Germany, there is a short silence at the table. "We knew nothing about the drug cocktails that can be used for treatment," says Milad Salamat.

HIV as a reason for escape

But other asylum seekers have heard about this treatment. The hope of receiving the right medical treatment can also be a reason for escape. "There are people who already know that they are infected with HIV and who are not given medication in their countries of origin," confirms Ziwitza. 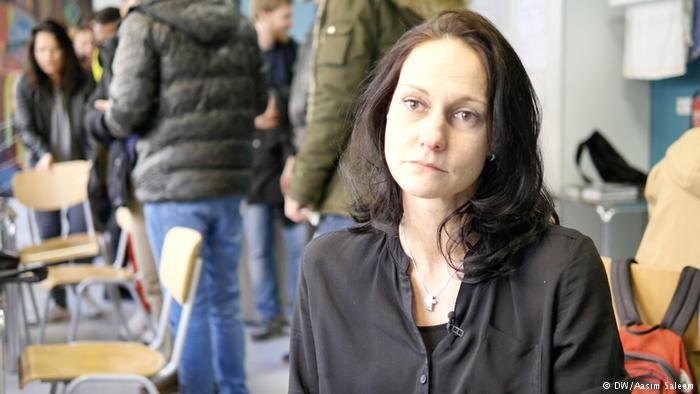 Bavaria is the only state to have all newly arrived refugees tested for HIV. The controversial health check has, for some, proven to be a stroke of luck. The diagnosis opens up hope for lifesaving treatment in this country.

However, statistics from the medical check-ups in Central Franconia show that the many newly arrived refugees have not increased the number of HIV infections. In 2014 there were 93 new infections in the region, 101 cases in 2015 and a total of 84 diagnoses in 2016. By comparison, new infections at a national level have remained constant for years at around 3,500 cases.

The brief meeting between asylum seekers and now recognized refugees, who work as interpreters, makes it clear that there is divided interest in HIV education, but it does not fail because of language communication. Worlds can also collide at a small table with Syrian refugees in the cafeteria in Zirndorf. 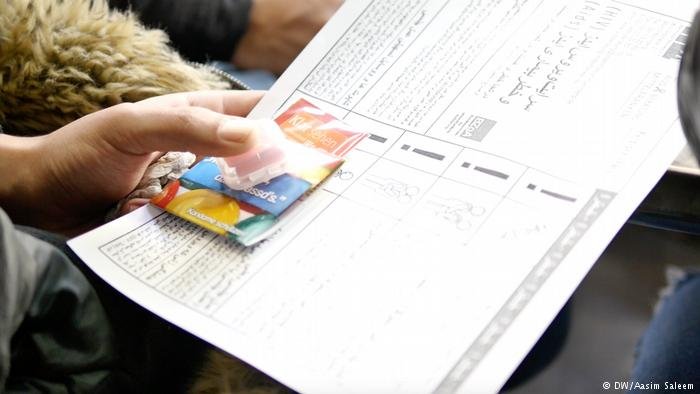 "This definitely has something to do with the level of education and a person's mentality," Moustafa Mohamad believes. It is more difficult to speak about this topic with devout refugees, "who always want to go to the mosque." "I am a Kurd. Religion is not so important to Syrians, at least to the ones I know," he adds.

Nicole Ziwitza is also sometimes confronted with people's reservations. For example, if community shelters offer HIV prevention courses, the counselors are often waved away. The attitude is that HIV prevention is unnecessary.

Ziwitza takes it all in her stride. "The training courses are voluntary. We're not forcing anyone to come. Many Germans say, ‘Oh no! Sex, you can't talk to people about sex.'" The refugees themselves, Ziwitza adds, rarely have this attitude.